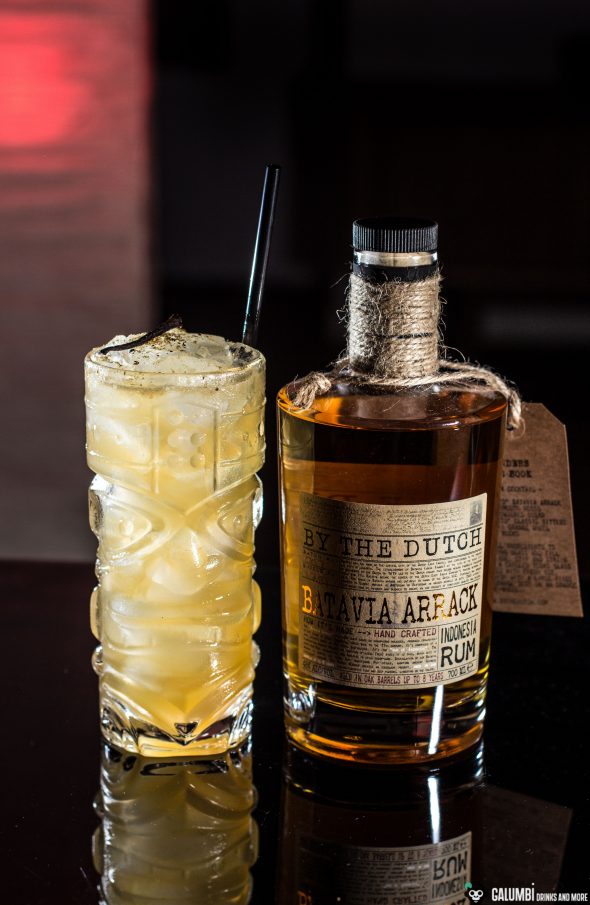 If you are concerned about spirits and their history, sooner or later there will be no way around Arrack. I am explicitly talking about Arrack and not Arak. You will probably also come upon the latter, but it is far from being as famous and much less common. But what exactly is Arrack (or Batavia-Arrack, to be precise) and what is its place in the history of cocktails? Today I would like to explain this while also reviewing a concrete example. (provided test product)*

It is not that easy to limit the concept of Arrack to a precise definition. There are no true binding rules with global validity, and it cannot be restricted to a single specific country of origin either. This might remind some of you a bit of rum, which actually is not that wrong. Although Arrack is made from a variety of raw materials (palm juice, coconut blossom, rice, etc.), the most famous arrack, the Batavia arrack from Indonesia, is also made from sugarcane (it is named after the Dutch Batavia-Arak-Maatschapij, a historic company in the Arrack production – Batavia is by the way the Latin name for the Netherlands, but it was also the name of the Indonesian capital Jakarta in times it was still the headquarter of the Dutch East India Company). In contrast to rum, however, fermented red rice is added to the mash before it is finally distilled on pot stills. So it’s not surprising that Indonesian Batavia arrack is also often referred to as “Indonesian rum”. 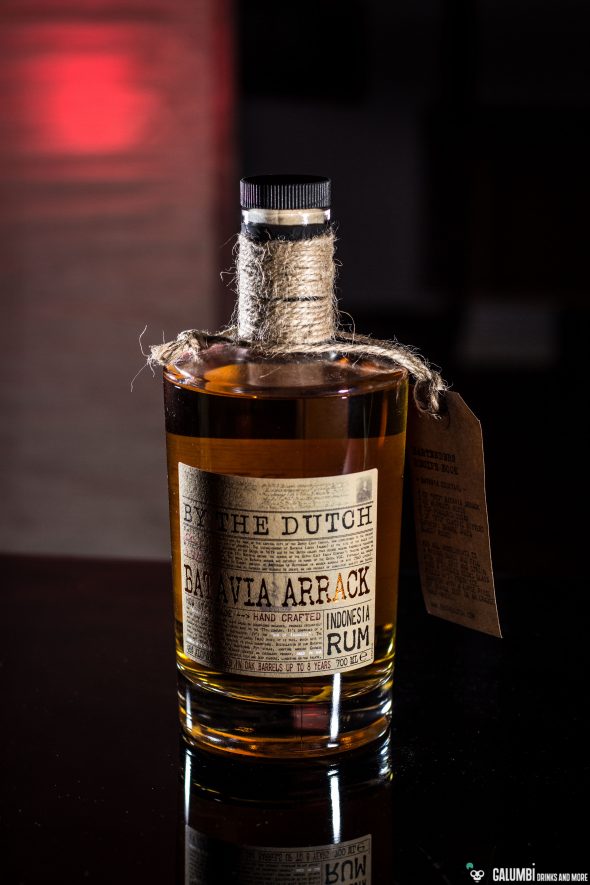 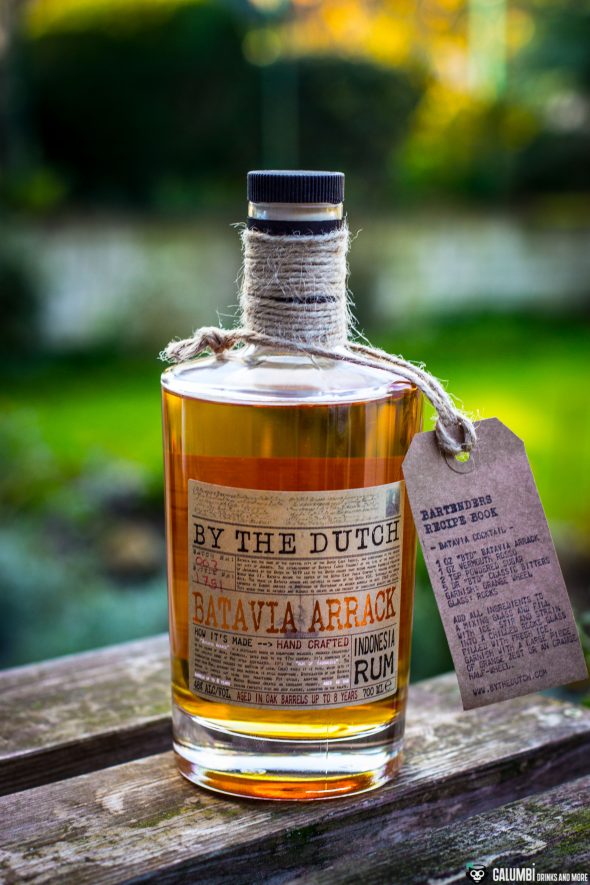 In addition to Batavia Arrack from Indonesia, however, there is also a spirit called Arrack made in many other countries. Thus, the Philippines, India, Sri Lanka and other Southeast Asian states make their own Arrack, whose basic ressources sometimes differ significantly. Presumably, the first arrack was distilled in India from where it spread into various neighboring cultural regions (and partly evolved into other types of spirits). However, the Arabic anise liquor „Arak”, which is very closely related to the Arrack described here, is of a distinctly different nature. Although there is a historical-etymological relationship, the Arak clearly differs in terms of production and taste. Unfortunately, the spelling Arrack, Arrak or Arak is anything but uniform, so that a strict separation of Arrack and Arak – especially in English – is not always possible. Incidentally, the word Arrack in Arabic simply means “sweet juice” or simply “distillate”. Again, you might recognize how broad the meaning of this term can be and how difficult a clear definition actually is.

Apart from that, Arrack is a very well-known ingredient behind the bar since a very long time, even longer than people know what we would call a bar itself. The punches originated in India and although they are established as an own category of drinks by now, they were very often prepared with Arrack (besides other constitutive ingredients like fruits and spices).

The particular Arrack or Batavia Arrack, which I would like to introduce here today comes from the Dutch house “By the Dutch” from Schiedam in the province of South Holland. Under the name “By the Dutch”, different spirits are distributed since 2015 that have a reference to Dutch history. And against the background of the country’s great colonial past, Arrack naturally also counts among them. The basis for the By the Dutch Batavia Arrack is sugar cane molasses, to which a small amount of fermented red rice is added in the fermentation process (see above). The Arrack is made on the Indonesian island of Java. According to the manufacturer, the subsequent distillation is done on copper pot stills in the tradition of ancient China. If and to what extent that is a significant difference to Western pot still distillation processes I cannot tell at this point. After the distillation process, the By the Dutch Batavia Arrack is allowed to mature for up to 8 years in oak barrels in Amsterdam. It owes its color exclusively to this maturation time. Finally it is bottled at an ABV of 48%. The design of the By the Dutch Batavia Arracks is very nice, as I think. A beautiful, bulbous bottle is decorated by an informative and appealing-looking label. The bottleneck is wrapped in fine braid rope and holds a small card with a cocktail recipe. 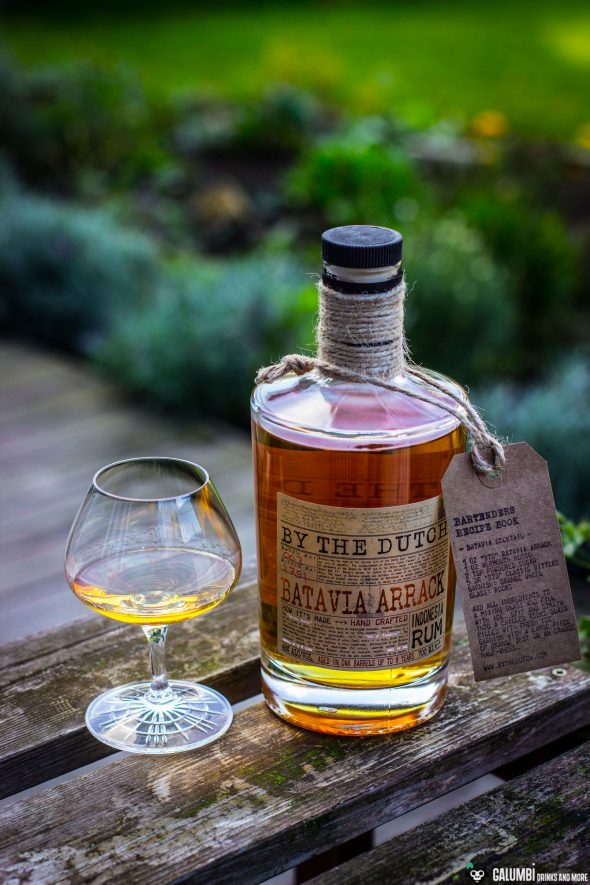 Aroma: It won’t take long until you notice a whole load of flavors rising from the glass. A close relationship to rum is unmistakable right from the beginning and during a blind tasting I would probably have guessed that this is rum. Nevertheless, there are some peculiarities that can be isolated from the overall impression after a while: intense and powerful notes of compote made from stone fruits and spices let you think of Jamaican high-ester rums. A very distinctive barrel character with wood tones and some heather ultimately bestow a quite unique note upon the By the Dutch Batavia Arrack.

Taste: On the palate, again there are fruity notes with peppery spices. Again lots of oak, coconut and some fennel in the background. Tasty, very pleasant and multifaceted while remaining relatively dry and not too sweet.

Finish: a dry finish with spices and oak 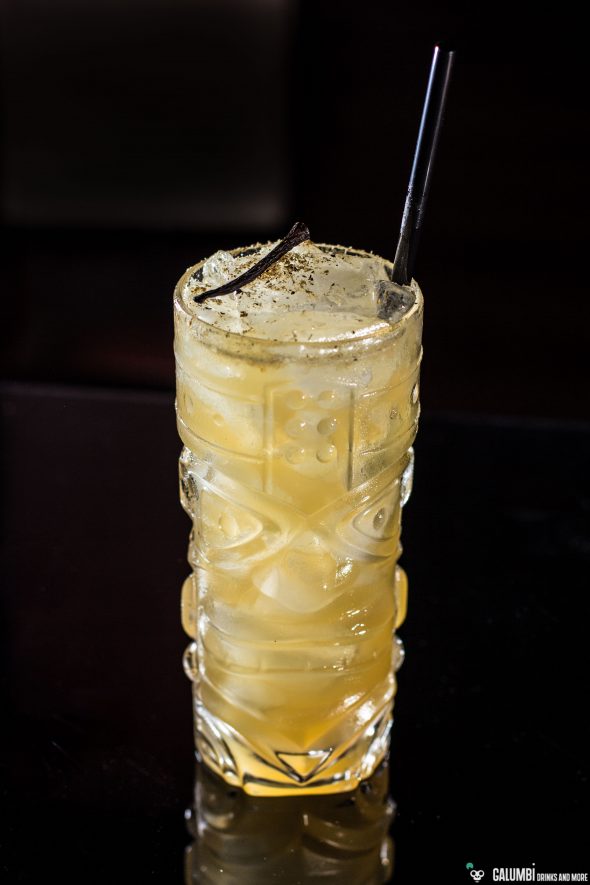 It is only a small step from traditional punches (which are considered to be the first cocktails of history by many) to what has been known as Tiki drinks since the 1940s. I do not really want to bloviate about the essential definition of a punch at this point, but many tiki drinks are essentially nothing else than punches, albeit often in a much more playful, complex, and often also crazier way. So it was not a big question for me what kind of cocktail I wanted to create when using the By the Dutch Batavia Arrack. Besides Madagascar, Indonesia is the world’s largest producer of vanilla and, of course, spices have always been a linchpin of colonial trade history. The result is a drink that may seem a bit odd when having a first look at the ingredients, but in the end it’s a nice, refreshing and complex-spicy cocktail. The name Vanilla & Spice Punch is essentially quite programmatic since the drink is characterized by a fine vanilla base (which mainly comes from – best self-made – vanilla syrup). Citrus notes, herbal liqueurs, Peach Bitters (which may seem a bit weird here but actually work very well) and a little matured Cuban rum accompany the Arrack, while finally grated Tonka bean and half a vanilla pod (you can use leftovers from the syrup for example) also emphasize the olfactory dimension of the drink.

Preparation: Shake all ingredients vigorously on ice and pour into a glass filled with fresh ice.

Garnish: grated Tonka bean and half a vanilla pod 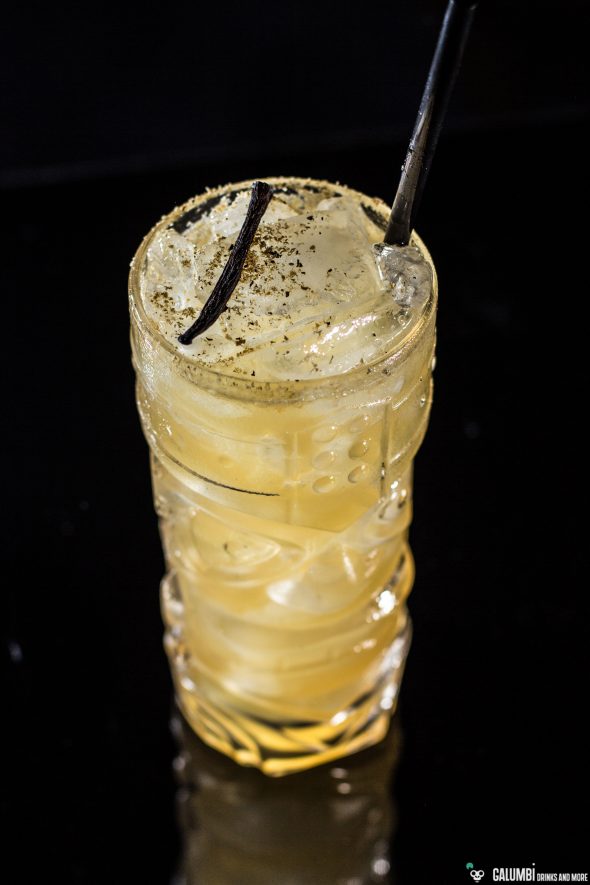 2 thoughts on “Pure Spirits: By the Dutch Batavia Arrack and The Vanilla & Spice Punch”