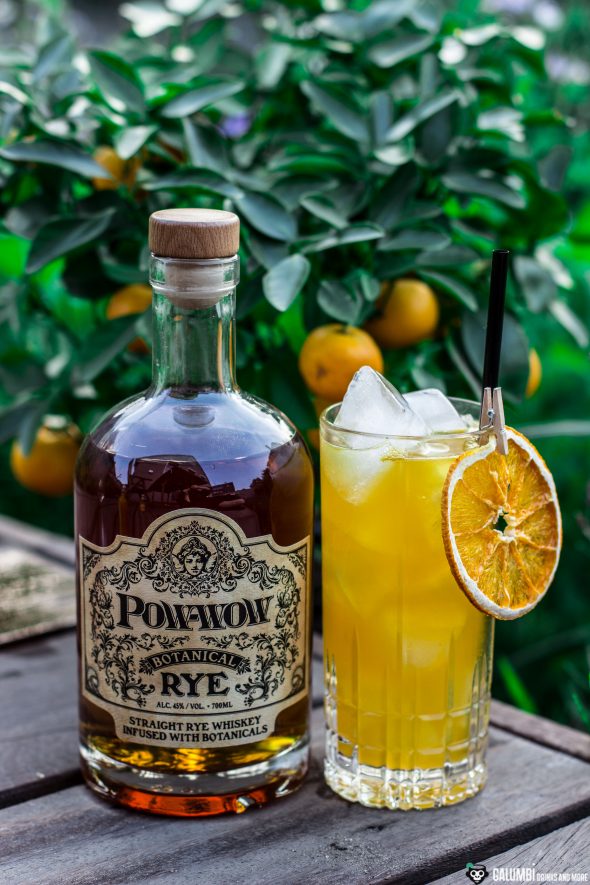 And again I would like to review a bottle of liquor today. It contains a spirit which I was really excited about beforehand: the Pow-Wow Botanical Rye. I love a good rye whiskey and when I heard about this rye whiskey infused with “botanicals” my curiosity was immediately aroused. But can the Pow-Wow also keep what it promises? (provided test product)

Well, to answer that question I would first have to think about what it actually really promises. To be a good rye whiskey, of course, but what exactly do I expect from an herbal and spice infusion in a rye whiskey? Normally you would immediately think about gin but gin mainly emphasizes the aroma of juniper (at least the classic ones do). Juniper, however, is not what I would like to have in my Rye. However, there are other “botanicals” – for instance cloves, orange peels, nutmeg, cinnamon and the like – which I could imagine very harmoniously here. So what does the Pow-Wow Botanical Rye exactly do? It is a Straight Rye Whiskey (therefore it was produced with at least 51% of rye in the mash and it was allowed to mature for at least 2 years in a barrel) bottled at 45% ABV. The producing and bottling company is the Georgetown Trading Company and if now you should think “Wait a minute, I know this company”, you are right: the same company also produces the 1776 Bourbons and Ryes, which I also presented here on the blog recently (and I did like the ryes very much).

The marketing story behind the Pow-Wow tells us that during the time of the first American settlers the farmers brought with them a set of Old World traditions besides the craft of distilling. One of these traditions included the exchange of herbal recipes at small gatherings. This habit intertwined with the customs of the indigenous population and – according to the brand marketing – it developed into some kind of folk magic called “Pow-wow” (derived from a term of the Algonquin language). And you can imagine how the story continues: The Pow-Wow Botanical Rye is now supposed to be a rye whiskey in combination with such an old pow-wow recipe. Well, to be honest I am not really convinced by this marketing story at all. For me it would have been enough to just state that the idea was mainly to create an innovative rye whiskey with a botanical infusion to try out something new. However, if you want to be enchanted by the flair of the early settlers with their European-Indian fusion-food herbal mixtures, you can of course close your eyes while enjoying the Pow-Wow Botanical Rye Whiskey (which costs about 40 Euros by the way). 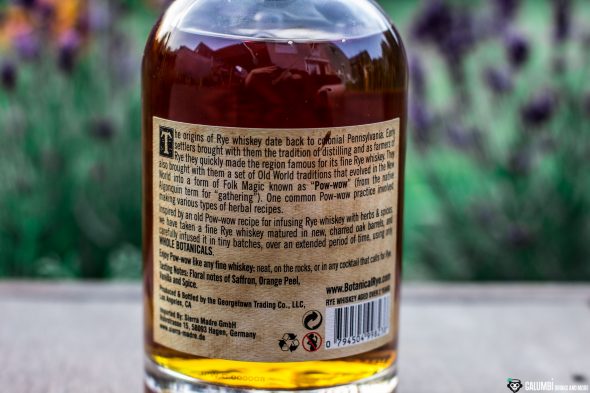 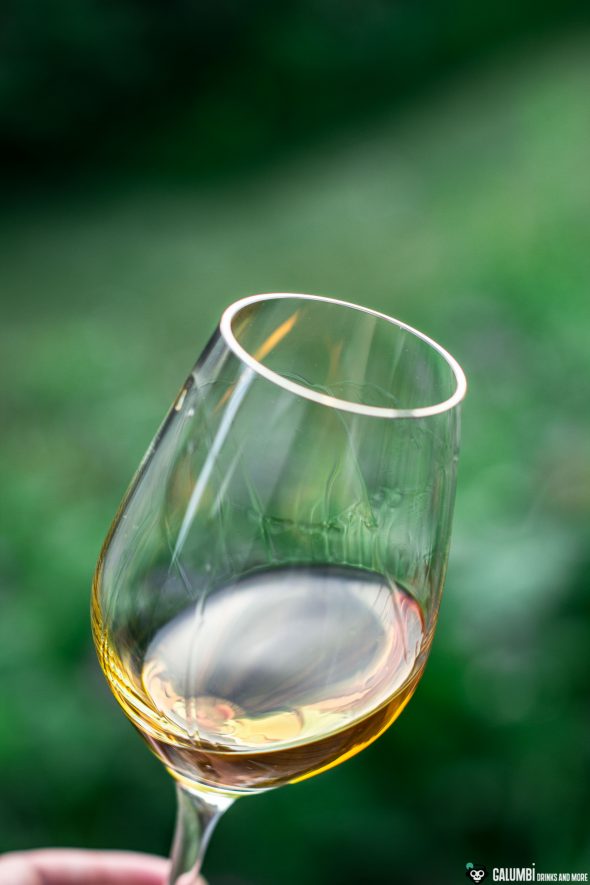 Unfortunately, only two of the added botanicals are officially revealed: orange peel and saffron. Well, I expected the orange peels but not the saffron but I there is nothing wrong with saffron! I’m curious about how the Pow-Wow will perform in the tasting.

Aroma: Definitely something different and extremely interesting! You will immediately realize that indeed you are dealing with an herbal and spice infused rye: the typical spicy rye characteristic is there alongside fine vanilla, some honey, but also from the beginning there are clearly emphasized herbs and spices, which go far beyond what you can usually find in a pure rye whiskey. Orange peels are unmistakable, the saffron is rather subtle and in addition to this I can find a note which actually reminds me of Szechuan pepper with a very fine anise.

Taste: The Pow-Wow tastes milder than I expected. First I can notice a nice vanilla and also the orange is once again clearly present. Then come the spices (actually a hint of cloves, some grassy, ​​almost mossy notes are also there) and a fine saffron with floral notes and bright fruits (subtle pear, a hint of peach). The associations of Szechuan pepper are not confirmed on the palate.

In short: I think the Pow-Wow is really great! I had expected a somewhat different flavor but it is just right as it is. The interplay of rye whiskey with an emphasized load of spices works really well. Oh, and I was recommended by the distributor of this spirit to try pairing it with a Fentimans lemonade as a longdrink. I decided to give it a try and it really tasted excellent (however, I decided to add a tiny dash of Peychauds to it). So here is the recipe: 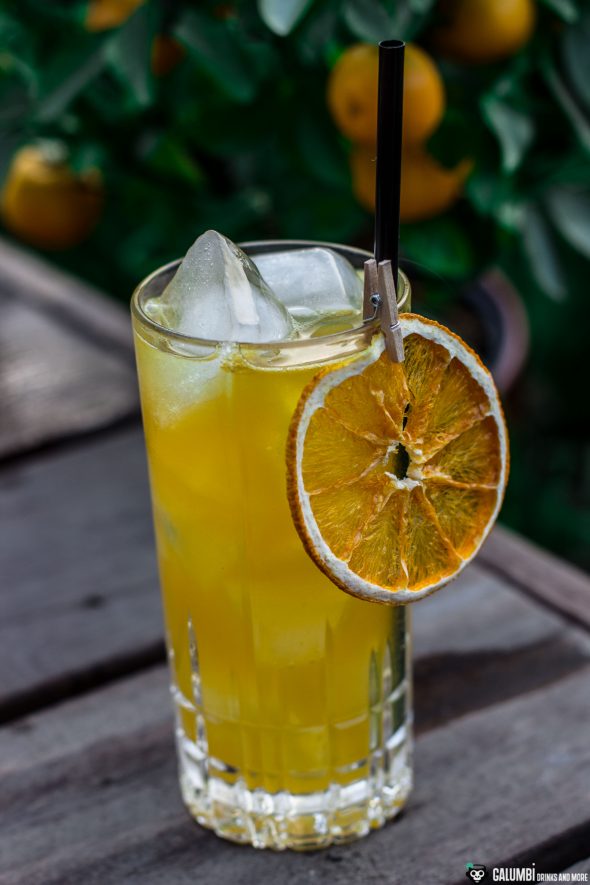 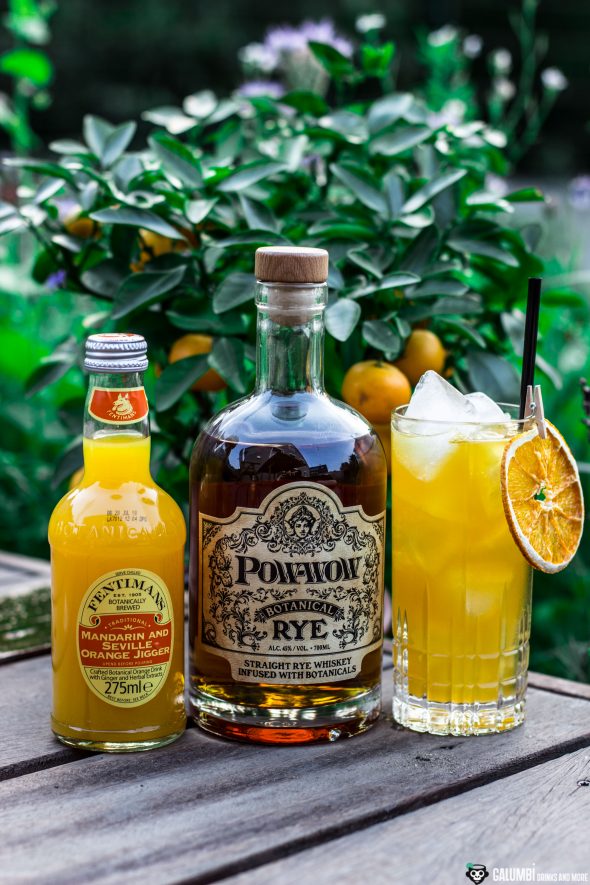 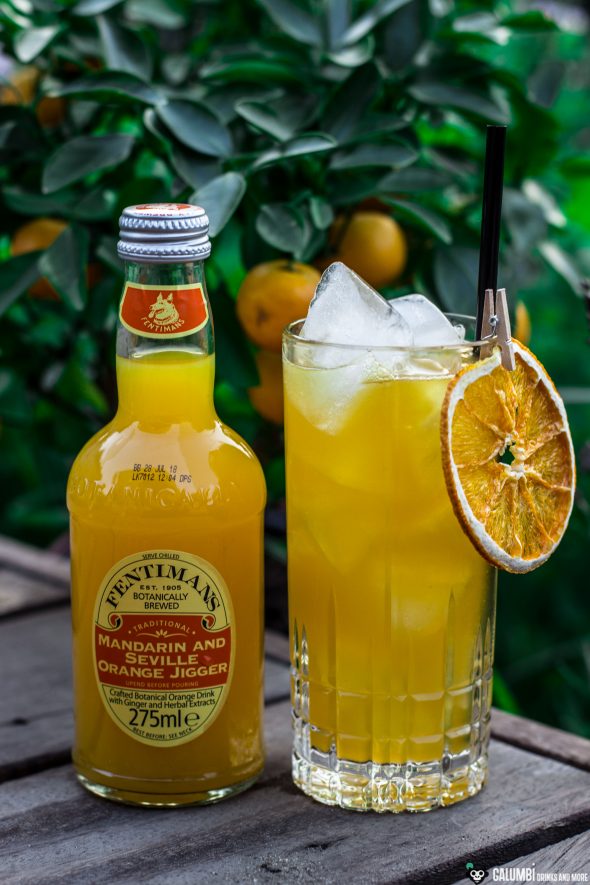 Preparation: Add all ingredients in a glass filled with ice cubes and stir gently. 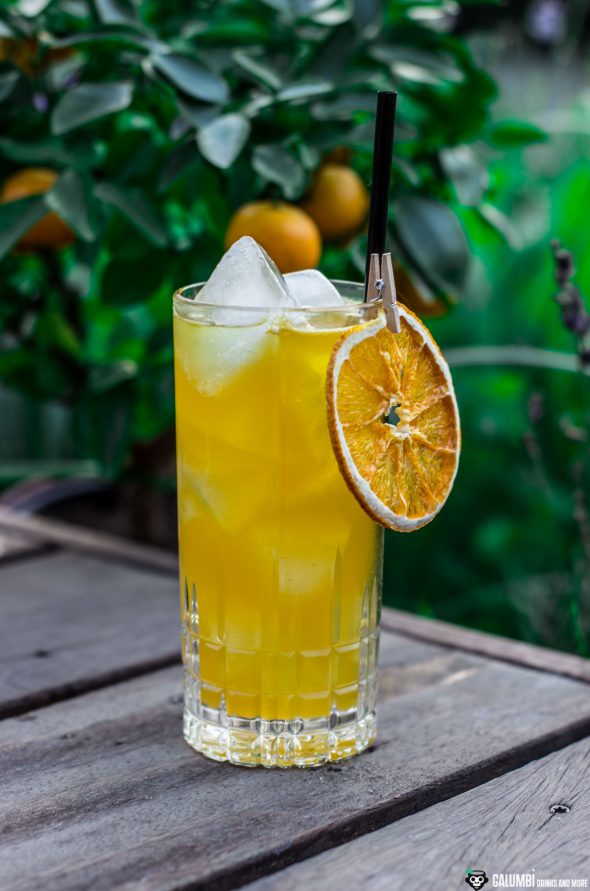