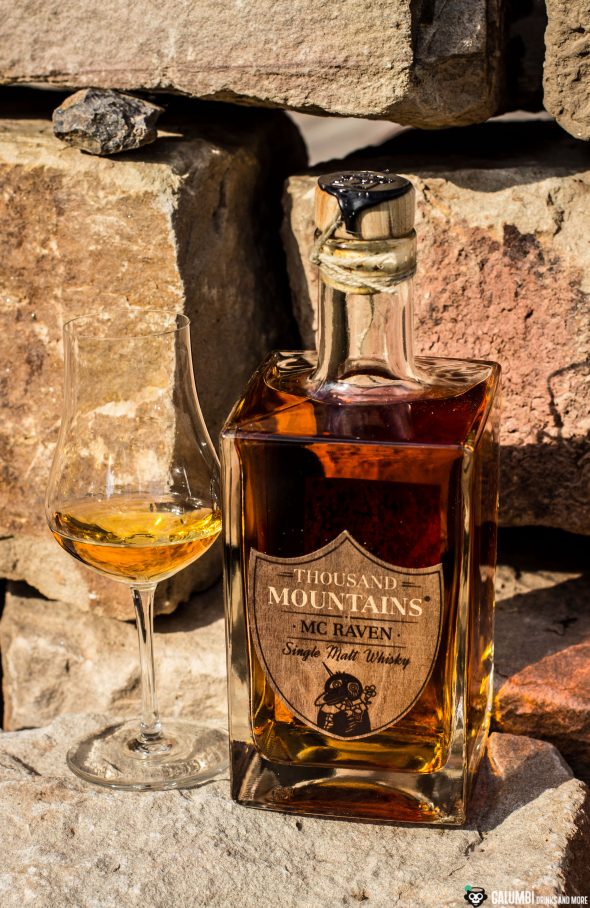 Nonetheless the first spirit I could really get excited about was Gin. I guess it must have been around 2007. However, the supply and especially the simple availability of today was unthinkable at that time (at least in Germany) and so it was a Tanqueray No. 10 which was pretty much the top premium product in my cabinet. But a year later, I came in contact with Single Malt and I was absolutely thrilled by the broad range of different flavors that Gin simply could not keep up to (and even today cannot – although, of course, it’s pretty much the famous comparison of apples and oranges). And when I start reflecting that this was just ten years ago, then it definitely makes me feeling a little wistful if I consider the price development in the whisky market during this period of time. One of the main factors contributing to this is, of course, the unbelievable increase in demand for Single Malts (both in Europe and above all in the Far East) and the unpredictability of this demand back then which leads to an increasing lack of bottles with certain age statements. Especially China has discovered the Scotch Single Malt Whisky as an object of pleasure and unfortunately also very often as an object of prestige and that has pushed the prices for some brands exorbitantly. However, there are still some developments in the market that can make you hope for a better future.

One of these developments is the growing number of continental Single Malt Whiskys from mainland Europe, especially (but of course not exclusively) from Germany. Of course, many European countries have rich traditions of distilling and that craftsmanship is very well known here. Many of these distilleries are originally producing fruit brandies which is also evident in the taste of some of these whiskys (which are therefore sometimes referred to as “Gerstler” (as some kind of pun referring to the word “Obstler” – Obstler is a word for fruit brandies in Southern Germany, Austria and parts of northern Italy, and “Gerstler” refers to “Gerste” which is the German word for barley, where whisky is made from.).

A distillery that is still very young is the Sauerländer Edelbrennerei in Kallenhardt, Germany about which I already published an article a few weeks ago. When the local distillery was commercialized in 2007, Whisky was included in the planning from the very beginning. This even led to the need for new storage space for the whisky casks and the corresponding acquisition and renovation of an old sawmill as well as a second still (the opening of the sawmill house took place in April 2016). Now there is enough room for a proper whisky production and the owners are very self-confident when they say that they want to create “the future of German whisky”. 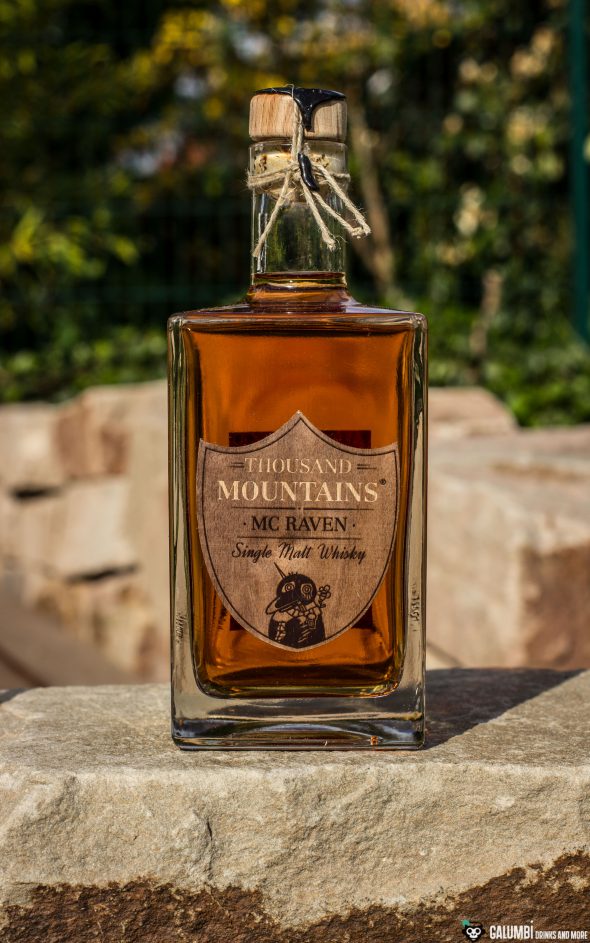 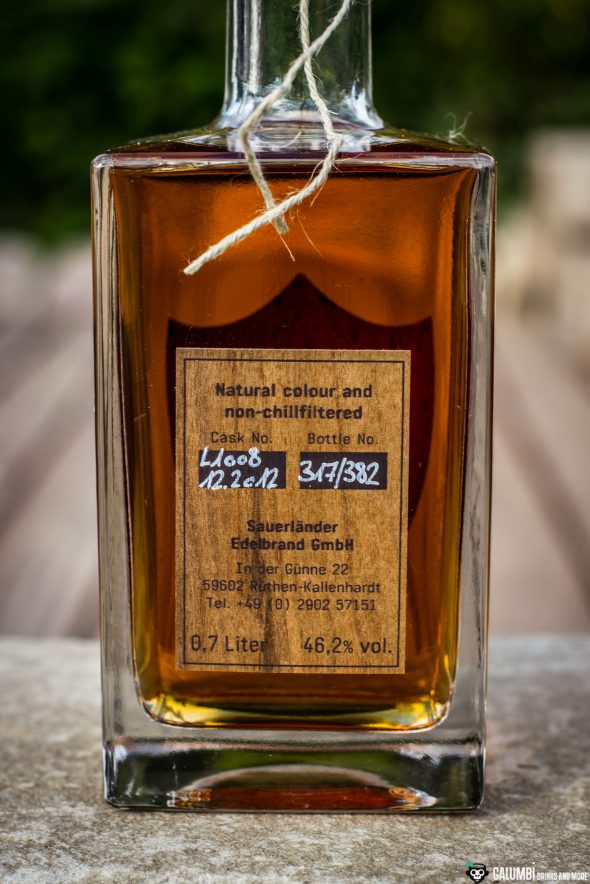 For this whisky, groundwater from 188 meters deep stone of the Devon era is used and together with malted barley is processed to a fermenting mash where also a special type of yeast is used. Now the Sauerländer Edelbrennerei does not sell any new make or moonshine, but offers a real Single Malt Whisky. For a young distillery this is not always an easy task because a Single Malt Whisky must have been matured for at least 3 years in casks in order to be called Single Malt Whisky. The Mc Raven Whisky does not (yet) give an indication of age, but the manufacturer says that it is made of a mixture of whiskys between 3 and 12 years of age. To what extent the Mc Raven range one day will be extended and if there will be fixed age statements on the bottles in order to put down a marker against the NAS trend in the whisky sector time will tell. I am quite anxious concerning that.

But again, back to the production of the Mc Raven Whisky. Compared to many Scotch Single Malts, there is a certain difference when it comes to the selection of casks. Although also some former bourbon casks were used here, also some Tuscan red wine casks gave shelter to the liquids for some time. You can even see that a little bit when looking at the color of the Mc Raven whisky, which shows a reddish hue in the amber. The Mc Raven whisky is neither colored nor chill-filtered, so everything is as you want it to be! Finally it is bottled with promising 46.2% ABV and costs about 60 euros. The bottle’s design is really nice and noble.

Oh, one more word: All those who are not very familiar with the region of origin of the Mc Raven might wonder about the full name of this whisky: The Sauerland region is also called the “Land der tausend Berge“ (Engl.: “Land of a Thousand Mountains”). And since the mascot of the distillery is a small raven (I have already mentioned that in my article on the carrot brandy, the hay- and raspberry spirit – the one on the label is once again a drawing by Otmar Alt), et voila: Thousand Mountains Mc Raven Single Malt Whisky! 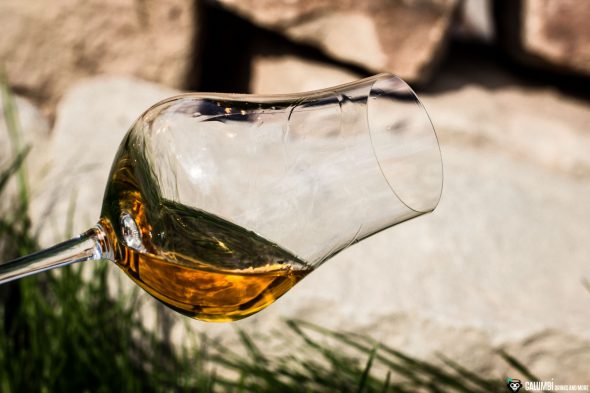 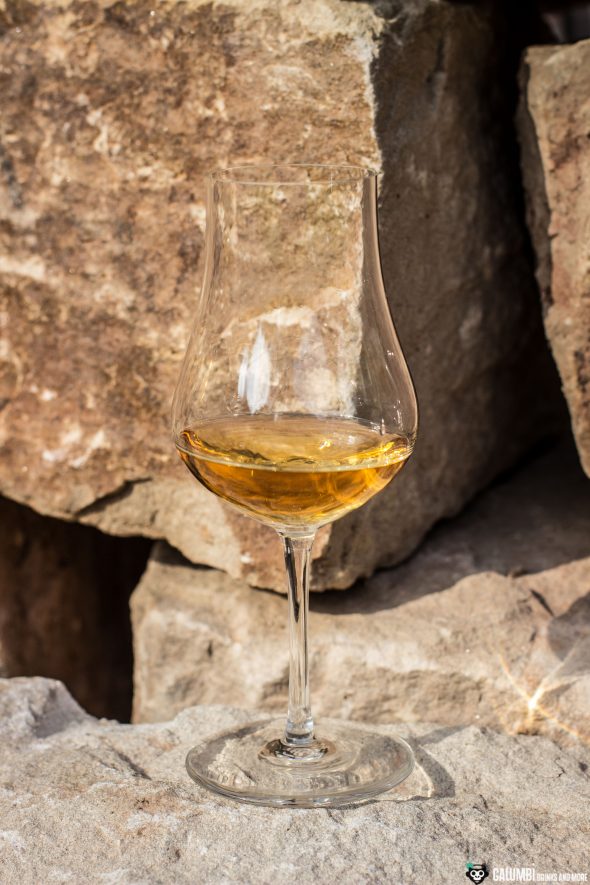 Flavor: The whisky appears to be very oily in the glass. The Mc Raven welcomes you with a very delicate “nose”: heather and honey flatter the senses, behind it some vanilla, distinct malt and a touch of citrus as well as green apple and some pear. Nuts and also a little caramel show up in the course of time. In fact, I would have assumed that this is a Single Malt from the Speyside region or the Highlands during a blind tasting. It reminds me a little bit of a Glengoyne.

Taste: The palate reveals a distinct oak note with a slight bitterness, again I can find rich and sweet honey, a slightly herbaceous note is also included. After a while, some nuts appear, the fruit tones from the nose are much more subtle. The manufacturer speaks of a fine peppery sharpness (similar to the one of the Talisker). In fact, I do find this slight sharpness but I cannot tell to what extent it is a special characteristic of the Sauerländer Edelbrennerei or if it might be a tribute to its younger age (in parts).

Finish: To my great surprise, there is a velvety-sweet pear with some chocolate before the oak finally greets you farewell. I would describe the finish as medium-long.

The Thousand Mountains McRaven Single Malt Whisky is undoubtedly a very nice German Single Malt. There is no trace of the often mentioned “Gerstler” that some fruit brandy distillers are producing. Instead, this Single Malt is surprisingly complex and versatile, with twists that by far not every Single Malt Whisky brings with it. You have to give it some time, of course, but this is something every whisk(e)y deserves. Ultimately I can give you a clear recommendation for this bottle! I really like the thought that something that good is produced in my immediate vicinity. 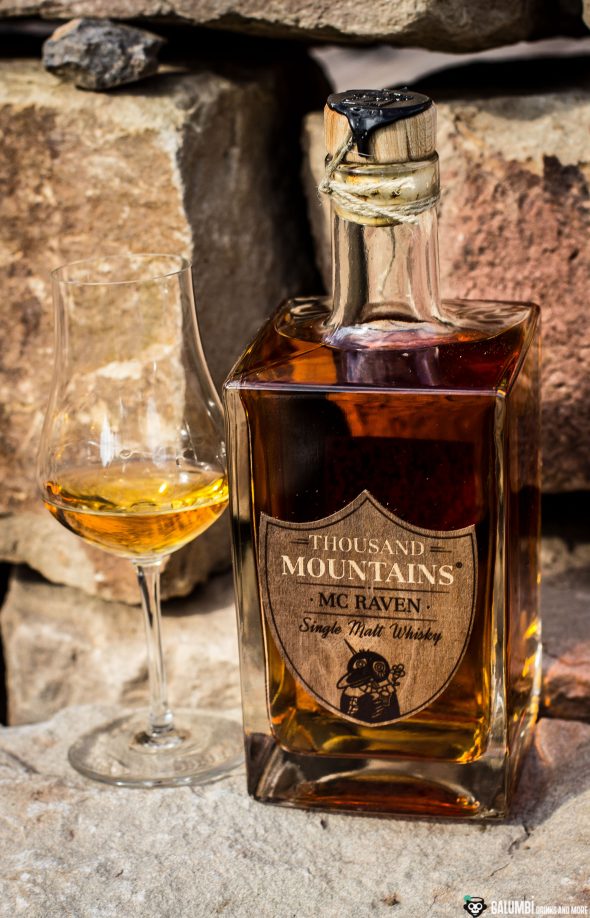