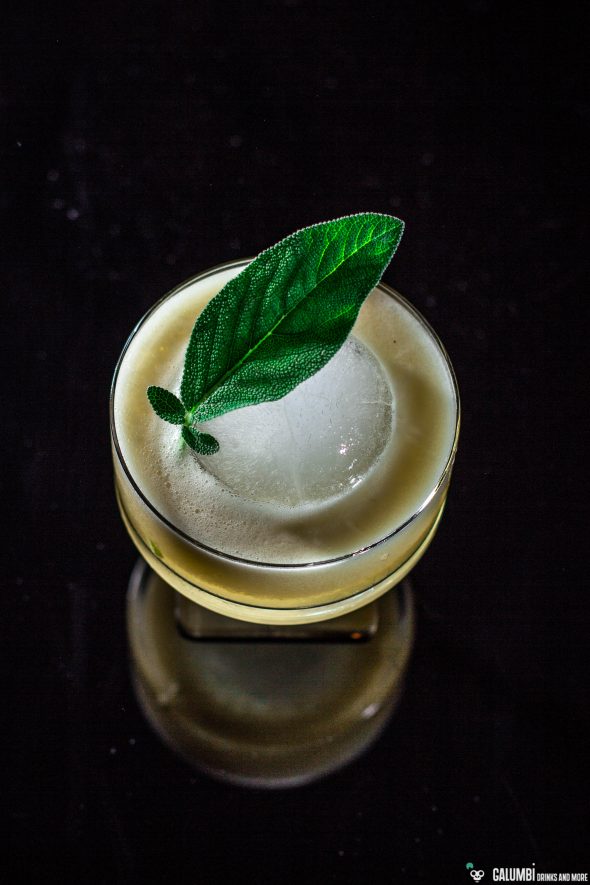 It was only yesterday when I presented a very simple and classic cocktail from the category of Smashes: the Rum Smash. Even though I have already mentioned it several times here on the blog, the basic principle of the Smashes can be explained as follows: While it was originally a variant of the Julep and was prepared without (citrus) fruits, today’s variants almost always are made with lemon or lime juice (or pieces) and make the Smash something like a Sour with an herbal supplement. The famous American bartender Dale DeGroff is considered to be responsible for this modern development of the Smashes. But a Smash can of course also have quite a few more ingredients than just spirits, sugar, lemon juice, and herbs as today’s example will hopefully show.

Nonetheless, the basic ingredients of the Smash can of course also be found in today’s drink. It is effectively a conglomerate of several cocktails that I like very much and / or find very exciting. On the one hand it was the Yellow Smash which inspired me, on the other hand the Good for the Gander but also the Quince Sage Smash by German bartender Erwin Bröker. I did not have a very specific fruit in mind during the creation process for this drink, instead I wanted to have a potpourri of light fruits with slightly herbaceous and bitter tones at their side. This is also the background of the quite programmatic name for the cocktail: Bright & Yellow Garden Smash – we are simply dealing with the beautiful aromas of some orchard where some small herb beds can be found between fruit bushes and trees. 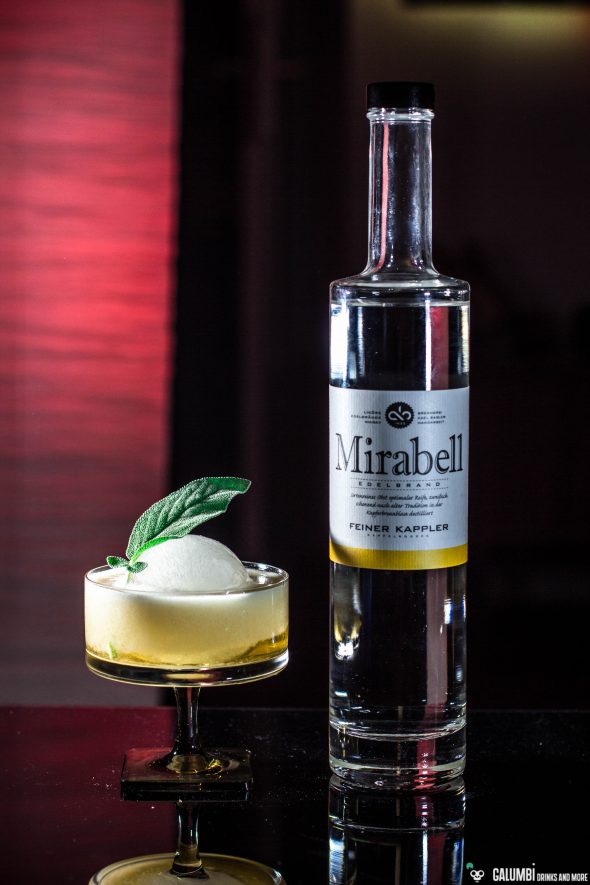 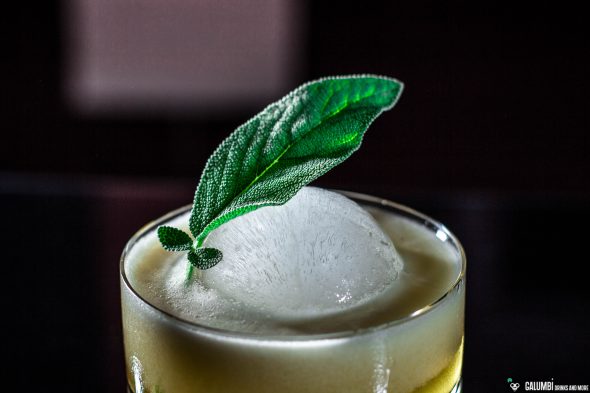 The basis for the Bright & Yellow Garden Smash is the Mirabellen-Edelbrand (Mirabelle brandy) from the Feiner Kappler series I have already presented here. But since I did not want to create a mere mirabelle smash (which could also be quite conceivable and tasty in the end), I was more up to add the flavors of complementary other fruits into the drink. And this is the point where the quince comes in (in the form of quince jelly) – and also the sage (as an herbal accent) from Erwin Brökers Quince Sage Smash. Lemon juice is only there in small quantities and is mainly supported by the fruity-bitter and also herbaceous note of a seasoned India Pale Ale (I have used the Crew Republic Drunken Sailor IPA but of course other IPAs will also work wonderfully here). This idea was taken from the marvelous Good for the Gander cocktail and it absolutely emphasizes the complexity of the acid component in this cocktail. The whole thing is rounded off with a generous Dash of orange bitters. It is a creation I am really pleased with and the drink is definitely able to trigger a little yearning for a summer day. Cheers! 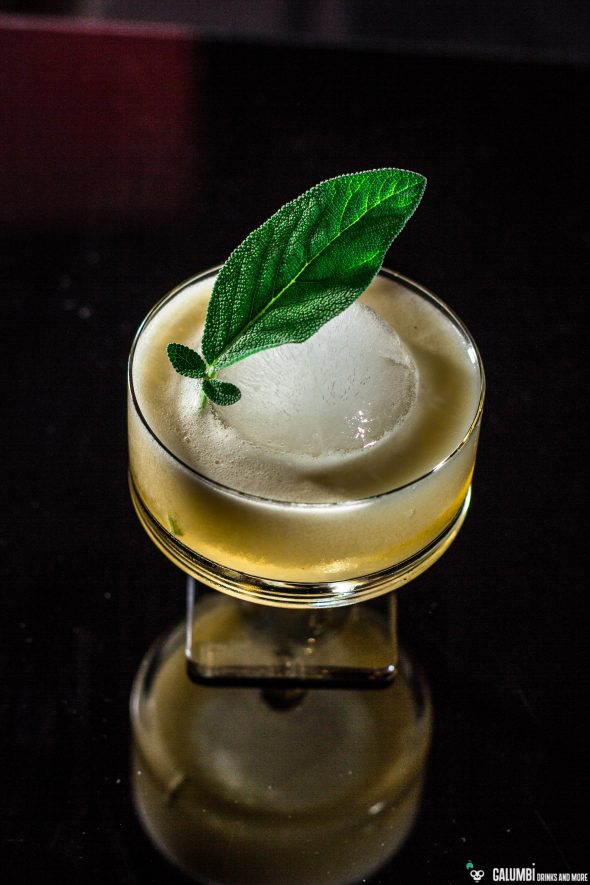 Preparation: Put all the ingredients into a shaker and stir with a bar spoon until a large portion of the carbonic acid of the IPA has dissolved. Then add ice and shake vigorously. Double-strain into a glass filled with an ice-sphere. 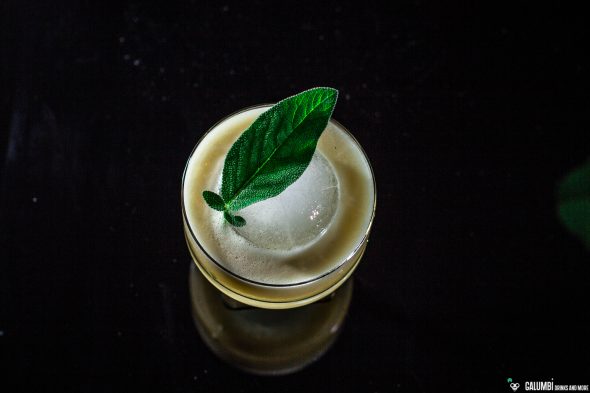 Buying sources: At specialized retailers or online. Quince jelly and fresh sage can of course also be found in the supermarket.