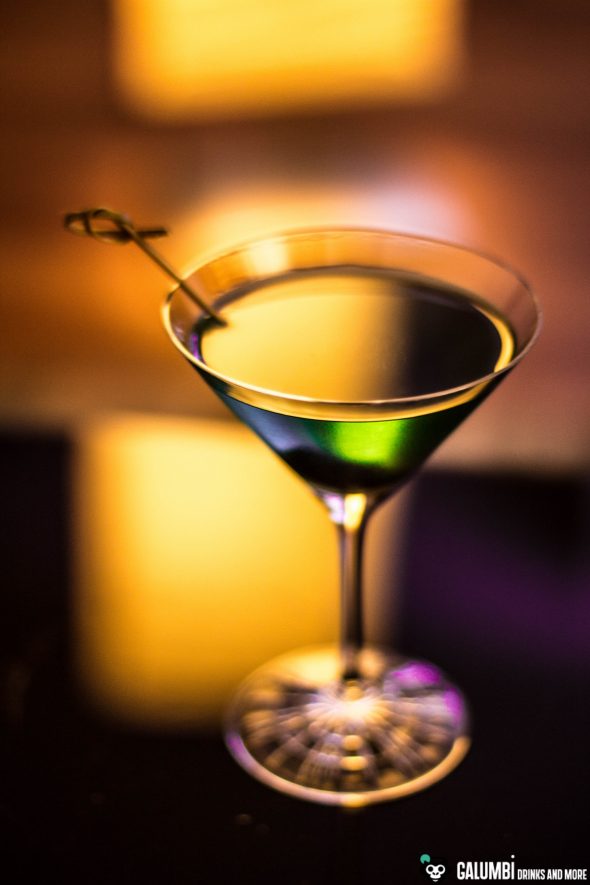 The drink I would like to present today is the result of a quite unusual approach. I was guided by a simple association of colors and quickly decided to try wherever it’ll lead me. Finally I ended up with a slightly modified variant of a classic, what is not a bad thing, of course, since it is often a classic that becomes the inspiration for new ideas. And that’s what happened with today’s Tobiume cocktail.

The inspiring classic was the Aviation cocktail. Probably you could have guessed that by simply looking at the picture (if you’re familiar with the Aviation). Its main characteristic, the sky-blue color is certainly remembered by anyone who has ever seen that cocktail. And those who have tried it will remember its delicious floral and refreshing taste. The idea of ​​creating a variant of the Aviation made with prune brandy came to me because of the purple-bluish color of plums respectively prunes. I wanted to create an optically interesting drink and thought to myself: Why not combine the flavor of prune with Créme de Violette? As long as you do not exaggerate adding Créme de Violette, this appeared like a promising combination to me. So the thought to try it out was born quickly .  However, I faced two problems: one that I could solve, the other is basically still there. The first problem was that prune brandy lacks the amount of herbal tones that a gin offers. So simply replacing it without anything else was not as good as I’ve hoped.  Something decisive was missing. So I opted for some Liquore Strega as a little helper here. The herbaceous character of Strega takes up the prune brandy and lifts everything to a new level by bestowing that special momentum upon the drink.
The second problem – on the other hand – I could not really solve (but I guess I finally don’t have to): If you do not like prune brandy, this drink won’t convince you. Well, the problem is not that dramatic because basically it applies to a lot of classic pre-prohibition cocktails (and also later ones, of course): If you do not like the basic spirit, the cocktail is most likely not a good one for you. The same thing applies to the gin in the classic Aviation. 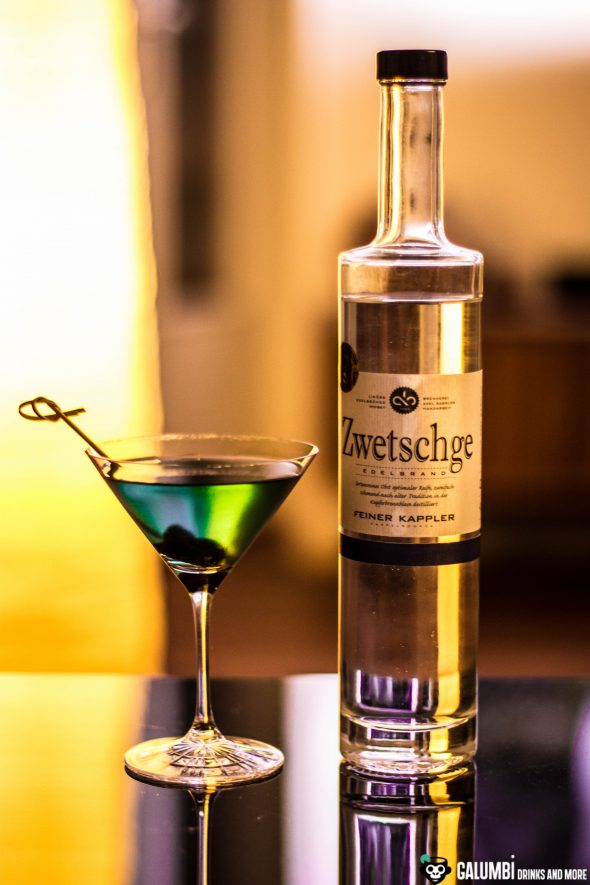 Since the Zwetschgenbrand (prune brandy) from the series Feiner Kappler that I have used already brings a certain citrus note with it, I have reduced the lemon juice content to a minimum. Oh, the name of this cocktail goes back to a sword from a Japanese Manga which I once bought before a long distance flight. To be honest, I do not like mangas, though, and I am the opposite of an expert on that matter. And the comic named “Bleach” did not really changed that. But there is a sword called Tobiume, what literally means something like “Flying Plum”. And this seemed to be a very appropriate name for that drink. Don’t ask me why I remember that detail from the Manga comic. 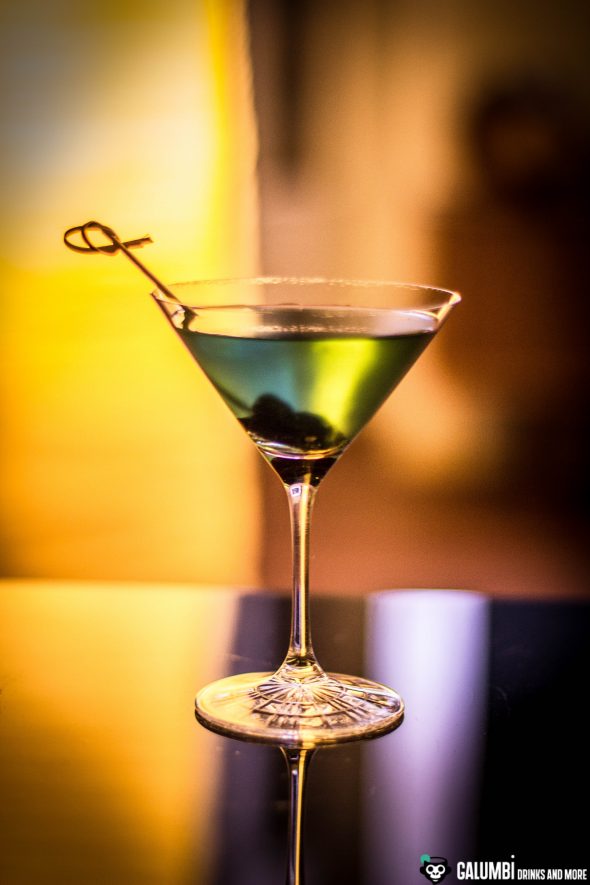