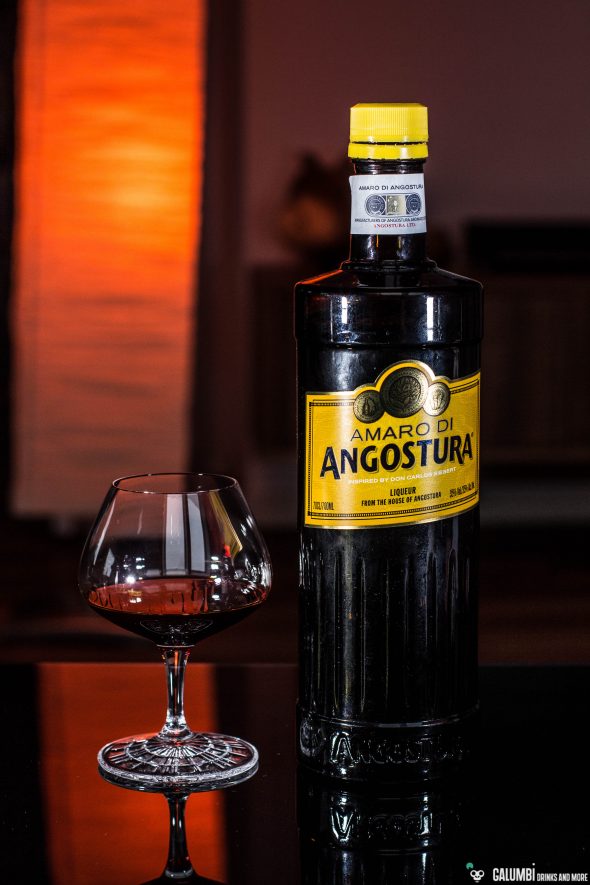 The name of today’s product is indeed one of the biggest imaginable for anyone who deals with cocktails or who is interested in bar culture. It’s not possible to imagine a well-stocked bar without Angostura bitters as well as you can’t imagine it without mixing glasses, shakers or bar spoons. I wonder if there is any standard work about cocktails in the world in which the name is not printed about a hundred times. But today we are not dealing with the classic Angostura Bitters but with an Amaro instead, a bitter liqueur. And when such a bitter liqueur comes from the house of the great bitters-manufacturer, this naturally arouses some curiosity.

In addition to the classic Angostura bitters, Angostura is also known as a producer of rum. But it all started with the German doctor Johann Gottlieb Benjamin Siegert, who ran a hospital for South American independence fighters against the Spanish colonial occupation in the beginning of the 19th century in Venezuela. In 1824 he developed a tonic against tropical diseases which from then on became known as a seasoning under the name “Angostura”. And so it is once more in the history of the bar that the idea to create ​​a medicine was originally the driving thought behind the invention of one of the most important bar ingredients of the present. Today’s Amaro di Angostura cannot yet claim such a historical significance, but Amaros have in the end also emerged from medical contexts of use and have not yet completely lost this nimbus. Especially in our latitudes the bitter after a meal has become something like a cultural habit (in German language the whole genre is often called “Magenbitter” which means “stomach bitter”). But let’s take a closer look at the Amaro di Angostura.

The company “House of Angostura” on the Caribbean island of Trinidad has been selling this Amaro only since the beginning of last year on the European market. According to the company, the yeasts used for this amaro have also been cultivated for the Angostura Bitters since many decades. These are combined with different spices (also familiar from the Angostura bitters) and neutral alcohol from the distillery (and of course it is also sweetened) and the final result is the Amaro di Angostura. The inspiration to create this Amaro is based on an idea (or a recipe?) of Carlos Siegert, a son of Johann Gottlieb Benjamin Siegert. At this point I cannot really say to what extent truth mixes with marketing here.

Perhaps you might have noticed the design of the bottle, which actually bears some resemblance to the design of the Angostura Bitters with their overhanging label. Although there is no label hanging over here, the shape of the glass bottle produces a very similar effect, as you can see in the picture below (at least I hope you can). For the use in cocktails, this Amaro of course is quite interesting. From classical sours to old fashioned style cocktails there are a lot of possibilities to use it and I am already looking forward to try it out. The Amaro di Angostura comes with an alcoholic content of 35% ABV and costs about 20 euros (700ml). 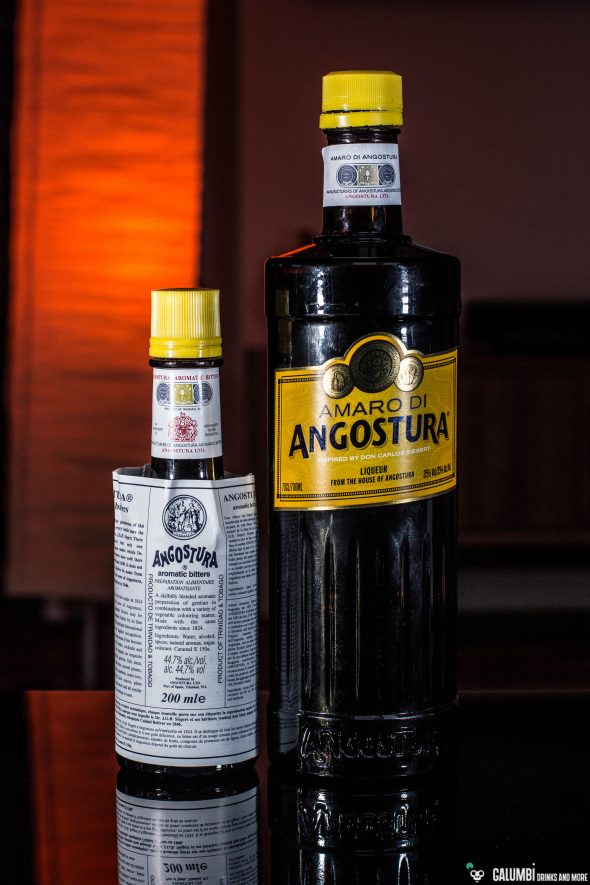 Aroma: On the nose there is a true potpourri of spices. In fact, its fragrance immediately reminds me of the famous bitters. The most dominant spice are cloves, accompanied by orange, ginger and lemon peel. Over time, there is also liquorice, cinnamon and associations of bitter cocoa.

Taste: On the palate the aromatic impression continues with a spicy-bitter explosion of flavors. Basically, I can almost find every single nuance from the nose also on the palate, which is not often the case when tasting spiris. The Amaro di Angostura is not as bitter as for example Fernet Brance, but also less sweet than for example Averna. A really nice Amaro, I do like it a lot!