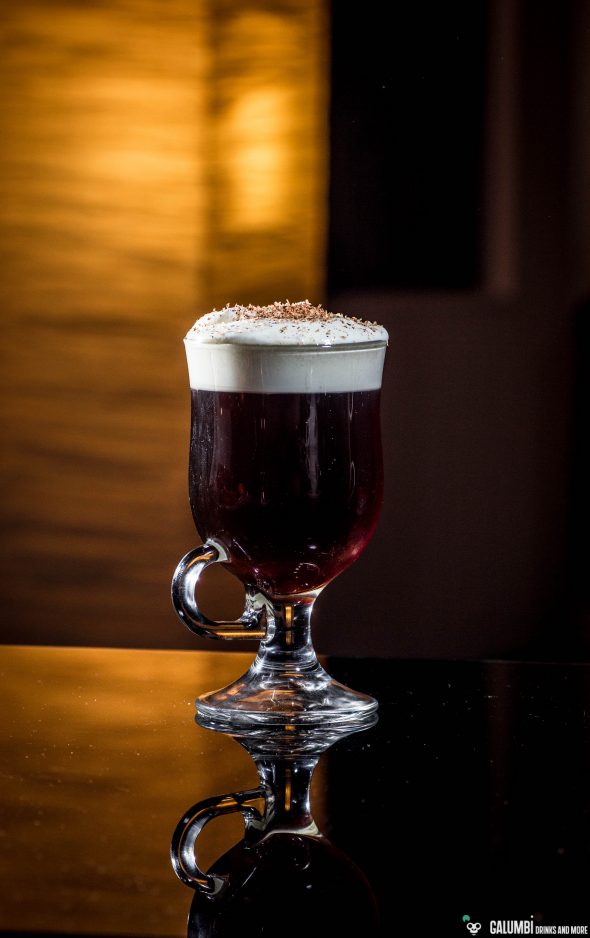 So, after a few days of the most reflective and cosy family time of the year, I have finally found some time for a new article with a new recipe. Well ok, the latter is not really true but at least it is a new article which is about a great classic of global bar culture. And it is no big surprise that I’m doing an article about the Irish Coffee exactly at this time of the year because the desire for a strong coffee with some booze added is currently somewhat increased after all these days of Christmas gluttony.

And so we are already talking about the beginning of the recipe of for Irish Coffee – and basically also about the end of it. After all, it is really nothing more than a sweetened coffee with some whiskey added. Admittedly, there are a few peculiarities that must be noted, but more on that later. First let’s have a short look on the historical background of this cocktail classics (although many people probably would never get the idea to call an Irish Coffee a cocktail). According to the most widespread explanation, the Irish Coffee was first invented at the Foynes airport, the predecessor of Shannon International Airport in Western Ireland, by Joe Sheridan who was an airport restaurant owner at the beginning of the 1940s. It became really famous, however, as an Irish-American cocktail in San Francisco, more specifically in Café Buena Vista where owner Jack Koeppler added the drink on his menu according to Sheridan’s recipe on the recommendation of Pulitzer Prize winner Stanton Delaplane.

Although this developmental history is considered to be relatively secure, it is not without controversy. Of course, you can doubt whether someone has already come up with the idea to add a shot of whiskey to his coffee with cream long before the 1940s. The authors of the Dead Rabbit Drinks Manual, Sean Muldoon and Jack McGarry, are making some ironic remarks on that by claiming that Jonathan Swift already invented the Irish Coffee in 1705 after he had the ingenious idea of pouring whiskey into his coffee. They also point out that on the same day he also invented the Irish toasted cheese and other “Irish” things. Of course by simply pouring whiskey onto them. For this reason you should be careful not to slip on the whiskey-covered “Irish floor” while preparing your Irish Coffee. 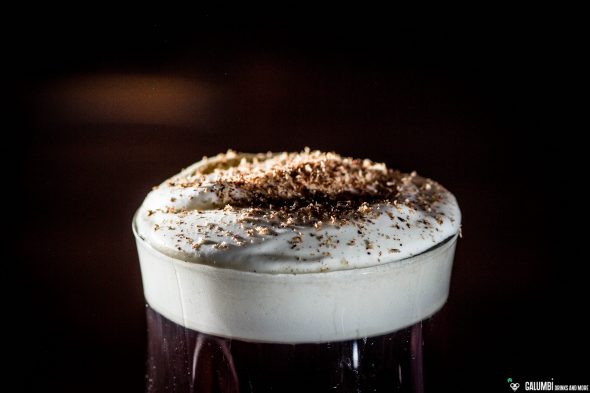 Anyway, as I told you I was also guided by the Dead Rabbit Bartender’s statements, just because it is definitely the place where I would like to drink an Irish coffee (currently – at the end of 2016 – the Dead Rabbit is supposedly the best bar in the world – and it was founded in the spirit of American-Irish bar history). They are not making any efforts to caramelize the sugar over an open flame in the glass as you can see it sometimes, but just use demerara sugar syrup in a 1:1 ratio – I have tried both and came to the conclusion that the taste is almost identical, in the worst case it even tasted a little bit burned when handling with the blowtorch. However, I modified the recipe a little bit (is it a sacrilege to modify a recipe from the best bar of the world?) by heating the whiskey before the addition (never bring it to the boil!). You do not have to do this, but if you omit that, you cannot really talk about a hot drink anymore because the room-tempered whiskey cools down the Irish Coffee noticeably. However, the whipped cream is of paramount importance. You don’t want to use really stiff one for an Irish coffee, which is why a cream siphon or even an artificial stabilizer is not a question here. A little bit of elbow grease is therefore required until the cream is whipped so far that it sticks to the spoon but is not yet stiff but just thickly liquid. This is precisely the slightly whipped cream you want! To best achieve that, you have to whip the cream in a bowl which in turn “bathes” in a larger bowl with ice water. Oh, and while in the Dead Rabbit they use Powers Gold Label Whiskey, I opted for the “The Pogues Whiskey”. The result is really satisfying. 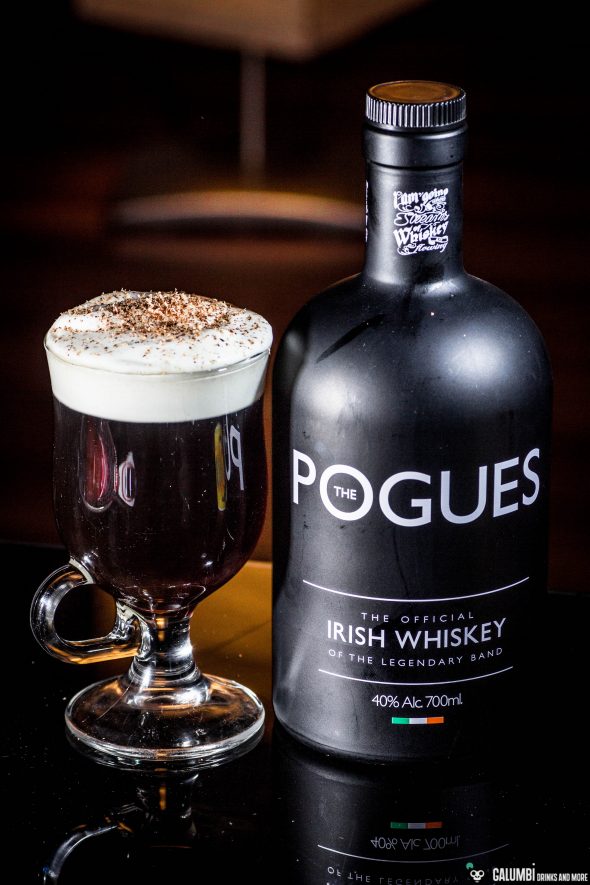 (Another word on the ingredients: Both coffee and cream should of course be of the best quality you can get, so if you own a high-quality coffee machine you can also get a very high quality Irish coffee!)

Preparation: Fill your glass with hot water before starting with the preparation. Now beat the cream until it becomes viscous and sticks to the spoon for a longer time but make sure it has not become stiff. Carefully heat the whiskey on the stove, but don’t bring it to the boil! Discard the hot water from your glass completely and add Whiskey, demerara sugar syrup and coffee and stir. Now carefully pour the slightly whipped cream on the surface of the drink over the backside of your bar spoon, the cream should not mix with the rest of the drink! Lastly garnish with nutmeg. 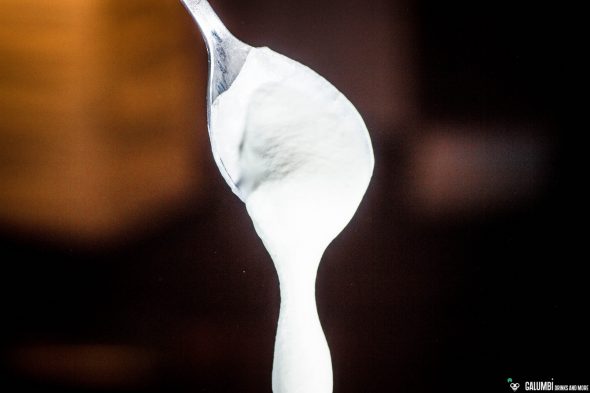 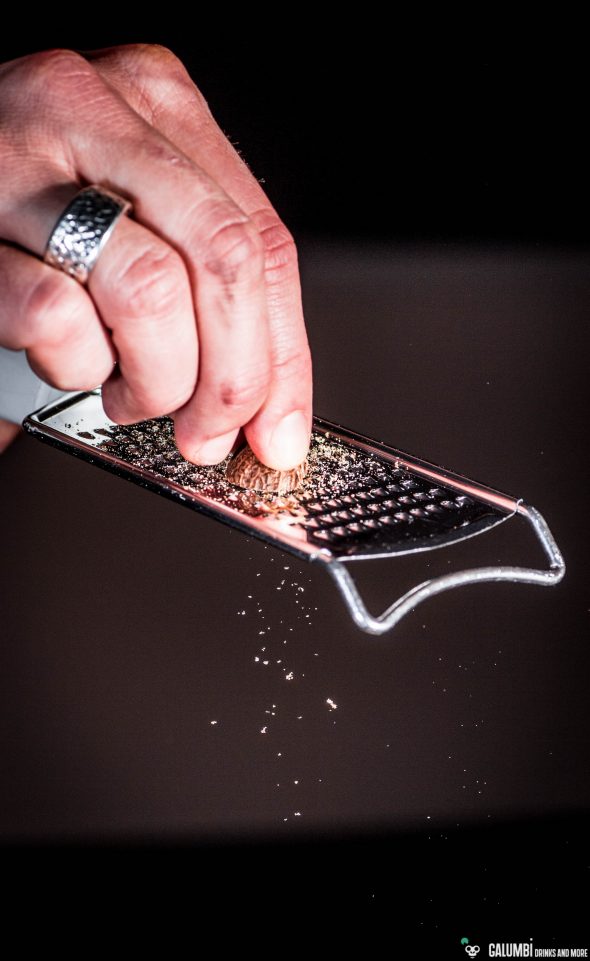 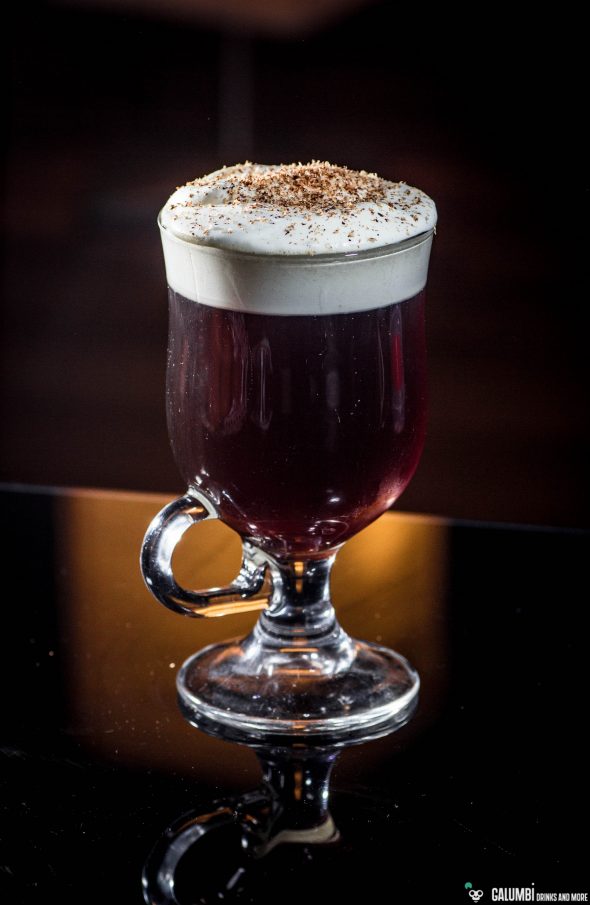 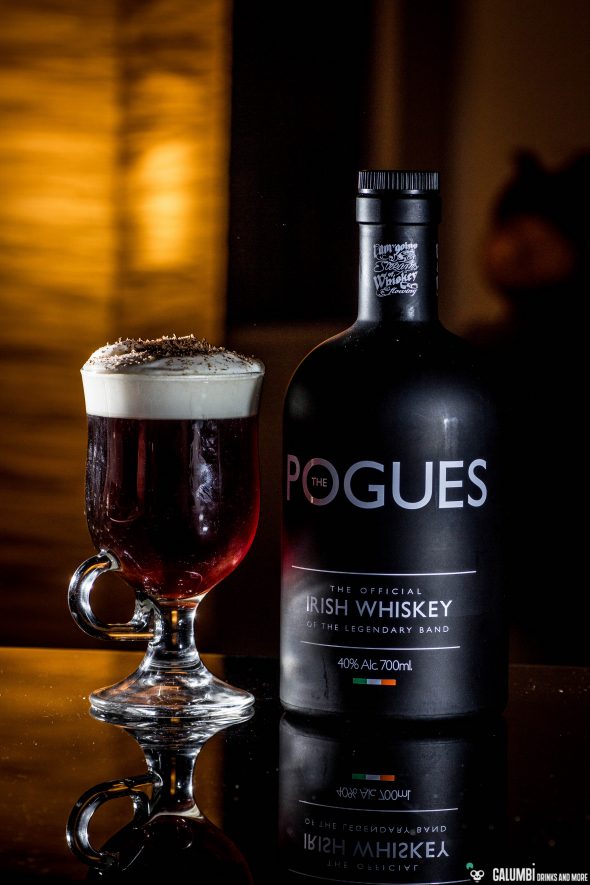 Buying sources: In specialized stores or online! High-quality cream can also be bought at some local farms.