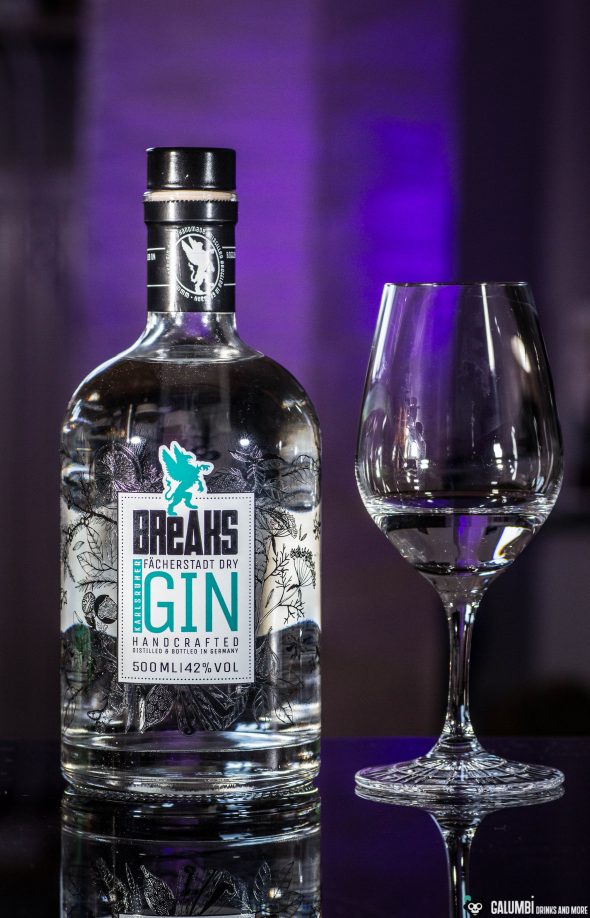 Introducing a new gin to the market nowadays requires lot of considerations and marketing strategic skill. After all you have to create a distillate that stands out from the mass of available products and that somehow is able to draw some attention to it. Of course I want by no means suggest that it’s only up to marketing strategies – which of course is not the case – but even if you’re delivering a very high quality, your gin has to become known to a wider audience and to successfully do that you have to ideally connect it to a specific story.

Such stories can for example circle around a special ingredient in the gin which has not been seen in that kind of spirit before (or at least not really often). It may also be an extraordinary design concept which already totally distincts from other products in terms of its visual appearance. But there is also the opportunity of a good background story to fulfill this function. And ideally, of course, it is a bit of everything. The gin I want to introduce today is a fine example here. It listens to the unusual name “Breaks Gin” and comes from Karlsruhe, a German city that’s also called “Fächerstadt” (for those who have always asked what “Fächerstadt” means: it’s a term referring to the fan-shaped groundplan of the city, literally meaning “Fan city”). 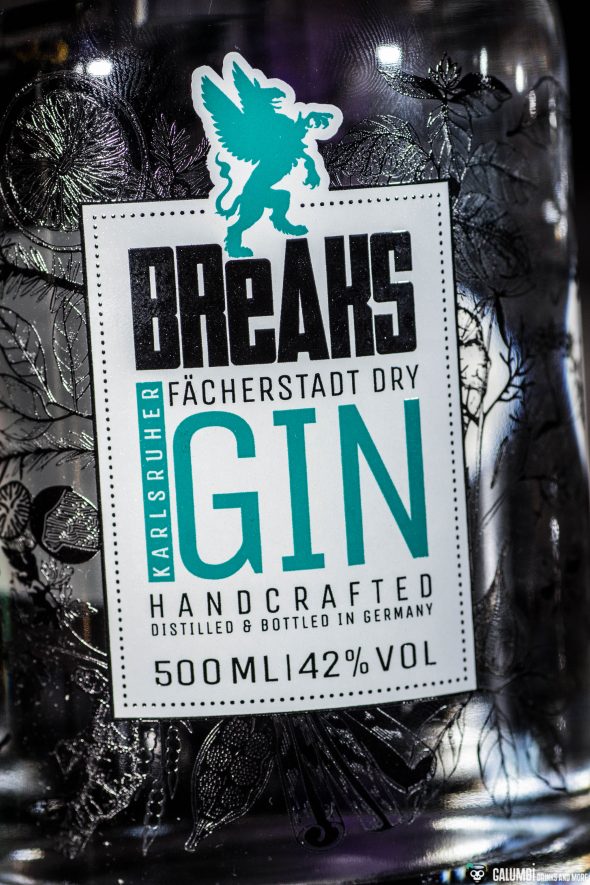 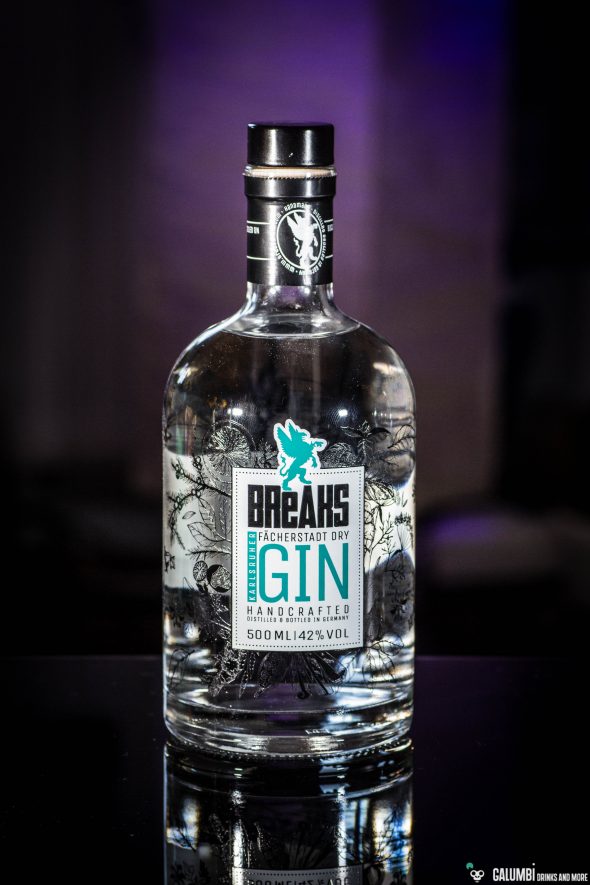 Mastermind behind the Breaks Gin is Harald Reinholz who has interwoven his personal biography into the story of the gin and his own career as distillery entrepreneur. While the Breaks Gin is available on the market only since 2015, its initial moment lies back much further in time, as Harald Reinholz explains. It was in fact his grandfather Ferdinand Wiesmayer who was also carrying on the distillery craft and so his doing became the first impression moment for the small Harald back then.  We all know how influential some child experiences may be for our later lifes. But before Reinholz now suceeded as a master distiller for his own brand of gin he was running a record store in Karlsruhe for a certain time which also had its own online shop. Now record stores are unfortunately left standing by the recent history of media development and therefor continuing such a business is not necessarily a very promising concept (every time I’m getting into a moment thinking about and realizing that, it makes me also sad). But lucky are those with other interests and talents! And so it happened that Harald Reinholz started his Breaks Gin. “Breaks” was also the name of his record store (Breaks Records) and so it continues as part of his personal history in a new liquid form.

But when it comes to a gin that’s claiming to be a premium product it always comes down to the inner values. The Breaks Gin is made from hand-picked organic botanicals and based on organic agricultural alcohol. The officially specified botanicals include juniper, coriander, cardamom, lavender, lemon peel, fennel, cubeb, chamomile, orange blossom and larch needles. The latter can only rarely be found in a gin, but even apart from that the composition is quite appealing to me. The Breaks Gin is labeled a “Fächerstadt Dry Gin” which is of course no existing gin category but a reminiscence to the Dry Gin category; and that’s of course the style it is made in. But to ultimately be able to judge it there is of course the need to try it. Here are my tasting notes. 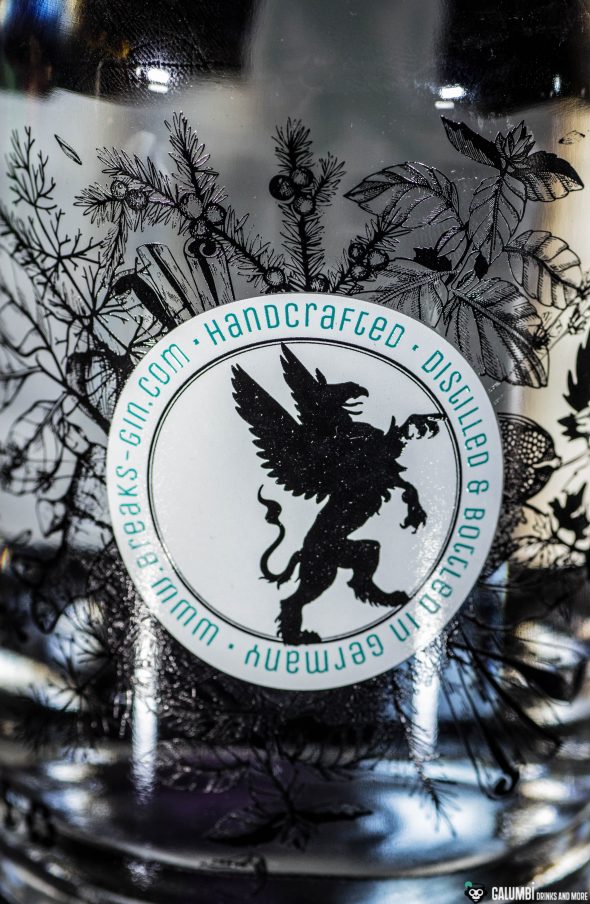 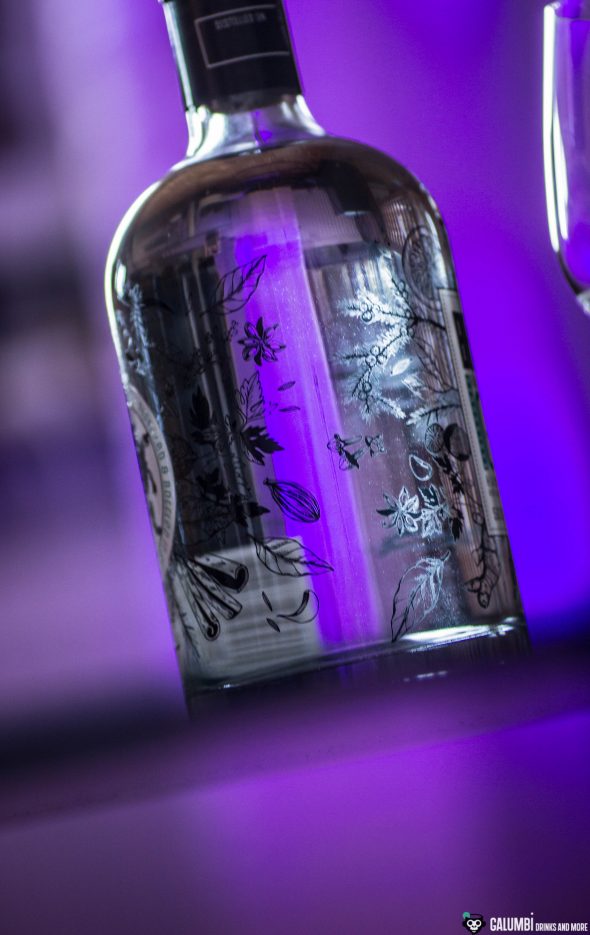 Aroma: On the nose the Breaks Gin announces itself surprisingly gentle and fresh. Juniper is there, but less clear than I expected. In addition to that I can immediately scent a peppery note from the cubeb. Fennel and coriander gradually come to light. Even a little pine needles from the larch can be noted.

Taste: When it comes to tasting the juniper is a little stronger but nonetheless I would still situate the gin somewhere in the middle of the juniper and citrus-scale. The alcohol is quite strong and a certain sharpness is noticeable but it’s not too pungent. Floral and slightly peppery notes are also evident on the palate and lead to a well-rounded flavor profile.

Finish: The finish is medium-long, crisp and fresh.

But the real strength of the Breaks Gin lies in a Gin & Tonic: I gently stirred it with Thomas Henry’s Tonic Water and the result was what I would call very successful. The fresh bitterness of Thomas Henry Tonic Water does not kill the Gin and the Breaks Gin on the other hand is not stunning your taste buds with too much juniper. Both almost seem to be made for each other, actually a combination that I will surely use more often in the future. Thumbs up for that! 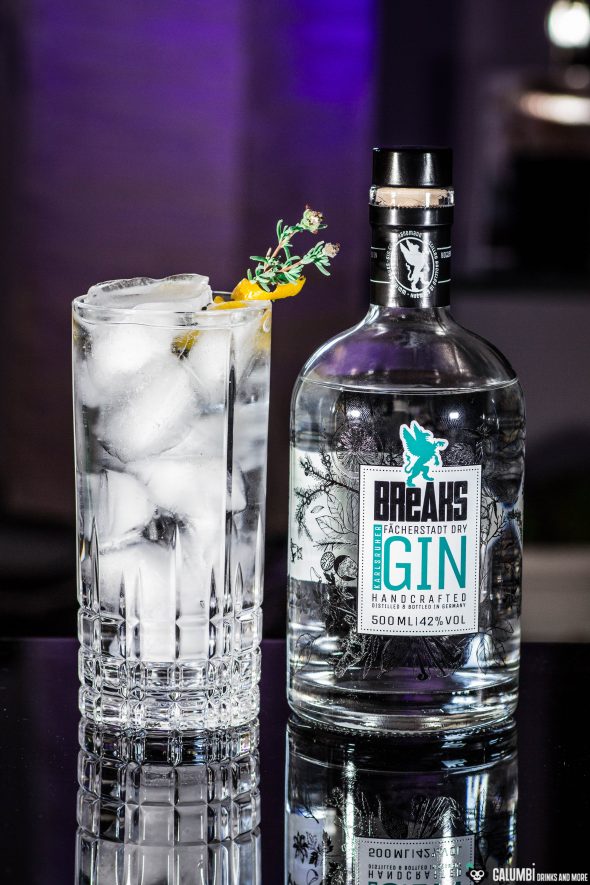 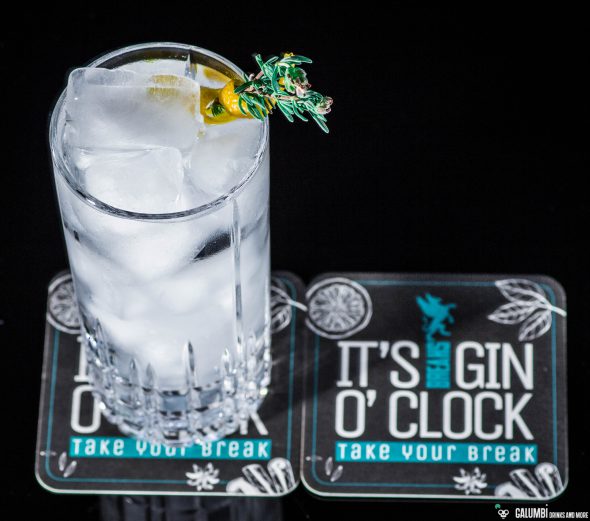 Buying sources: The Breaks Gin is available in stores or online. For more information you can also visit the Breaks Gin website.