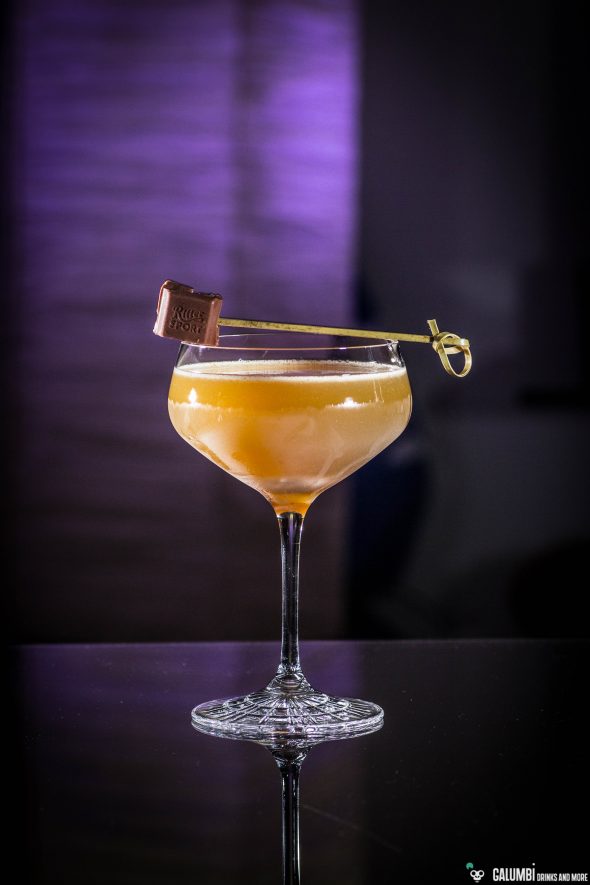 I have to confess: a few years ago rum has not only been a book of seven seals to me, I did also commonly announce not to like rum at all. But this was not only unfair, it was much too hasty and naive because I simply had no clue about rum. Instead I did associate rum with an industrial aroma that often is used inside of sweets, such as in the “Ritter Sport Rum Trauben Nuss” chocolate.

Ritter Sport is a traditional German brand of chocolate that exists since 1932 – everyone in Germany knows it. And of course they sell their chocolate in different flavors, one of them being the “Rum Trauben Nuss” (which means: Rum, raisins and nut). So it is even more surprising that today’s cocktail appears here in my blog. But first back to the rum topic.

My first real approach to Rum ultimately began quite similar to my approach to whisk(e)y. Since I had a growing interest for high quality spirits, it was only a question of time to get in touch with rum of the so called “sipping quality”. In fact it was a Zacapa 23 and just because at this time I’ve already had a supposedly solid knowledge of whisk(e)y (including a good overview of the different whiskey styles), I did approach the Zacapa entirely different. And it worked; much more than that: I was absolutely thrilled. Since then, different rums of different styles have found a place in my home bar and by far the least of them I do use for mixing.

But of course it was not long until I discovered rum as a cocktail ingredient and so it became an essential ingredient in my shaker. After all, I have already presented numerous rum-based drinks here. Nonetheless I was very skeptical about today’s cocktail. Bastian Heuser, one of the authors of the Cocktailian team, has created this drink as a tribute to his childhood memory with that Ritter Sport chocolate I initially described. And at this point Mr. Heuser and I are obviously very different. I would never have come up with the idea to devote a cocktail to this chocolate with the astringent industrial aroma or even garnish a drink with a piece of it. 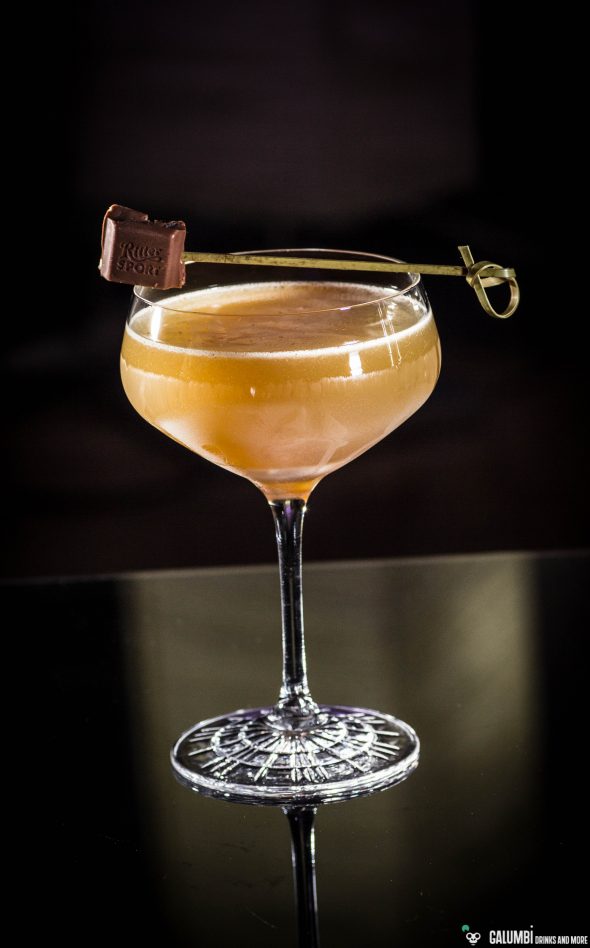 But then the big surprise: The cocktail tasted excellent to me. Not only were my fears unsubstantiated, on the contrary, the rum is very harmoniously and softly integrated into the drink and stands in no way out in a negative way. But for me the almost even bigger surprise was that I even no longer disliked the Ritter Sport chocolate that much. Apparently my taste has simply changed over time and I do not longer react such dramatically to the taste as I did when I was a child. Well, it is probably not my favorite chocolate (and won’t ever become it), but anyway I hardly ever buy chocolate at all (except in order to mix cocktails or to cook with it).

But now to the “Rum-Traube-Nuss”.

Raisin syrup: mix brown sugar, raisins and water in the ratio 2:2:1 in a pan and gently bring to a boil. Let it gently simmer for 15 minutes. Then blend everything with a blender, allow to cool and strain through a sheet of muslin or a fine sieve.

Preparation: Mix all ingredients in a shaker and vigorously shake on ice. Then strain into your pre-chilled glass.

Garnish: A small square of “Ritter Sport Rum Trauben Nuss” (Mr. Heuser recommends to eat the garnish after having finished the drink because the fat from the chocolate will impair your taste buds.) 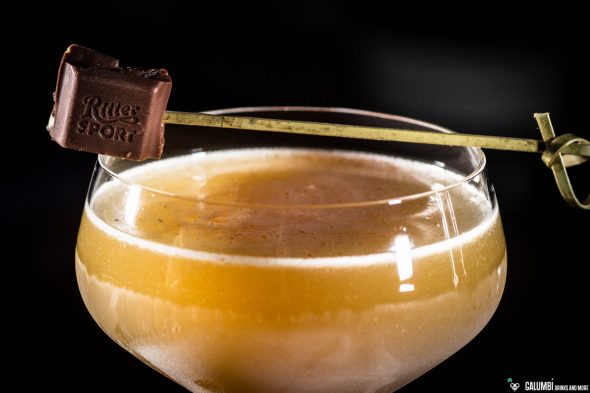 Buying sources: The ingredients will probably force you to visit a specialized retailer.