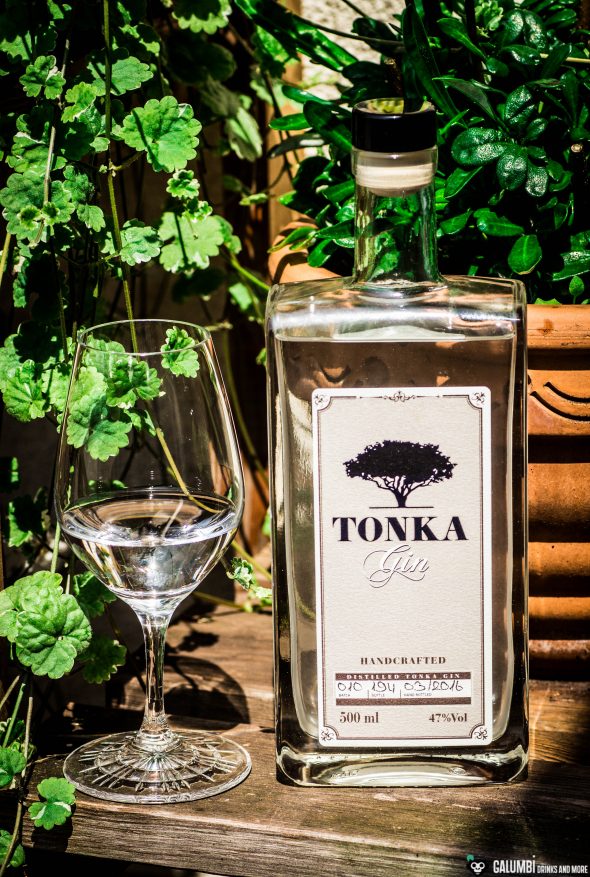 If I’d try to write about every new gin on the market here, I’d probably have capitulated a long time ago. My writing frequency and my time for blogging is by far not big enough to make such an extreme effort. Still, now and then I do present a gin that I like and this is definitely true for today’s Tonka Gin.

Gin has not been my first approach to the tonka bean or to the flavor of it, nor has it been any other spirit or liqueur. Instead it was a certain ice cream that is irregularly served in an ice cream shop called “I am Love” which is located in my immediate vicinity. I particularly like the pronounced vanilla touch which characterizes the tonka bean: a little bit more Intense, a little bit spicier and a little bit bitterer than traditional vanilla – but this is exactly what I love about tonka and what makes me have a scoop of that ice cream everytime I see it. So I have been very happy when I first heard about a new gin on the basis of the tonka bean debuting on the market. Well, that was about two years ago, but better late than never.

The idea for the Tonka Gin came to live due to a holiday experience of Hamburg resident Daniel Soumikh who was served a gin & tonic with some additional tonka bean grated on top of the drink. Apparently impressed by the taste experience, Soumikh decided to launch his own Tonka Gin. Together with 22 other botanicals the Tonka Gin is now distilled in the Schwechower distillery in Mecklenburg-Vorpommern, Germany.

By the way: Due to suspicions of having possibly carcinogenic contents, the tonka bean is banned in the US. (The origins of the tonka bean lie in South America.)

On the nose I initially had to wait a bit for the familiar tonka notes but then I found it behind a distinct load of juniper. Anyway, it is still a gin and not some kind of tonka spirit, so it remains more subtle and less intrusive in the background. Spicy vanilla can be found and also some fine citrus peels.

The taste of Tonka Gin is quite pungent and strongly on the juniper side but with a noticeable extra touch of tonka bean. The spicy vanilla character adds an interesting trait to the overall picture of the Tonka gin that made me very curious about how it’ll work inside of a gin & tonic. 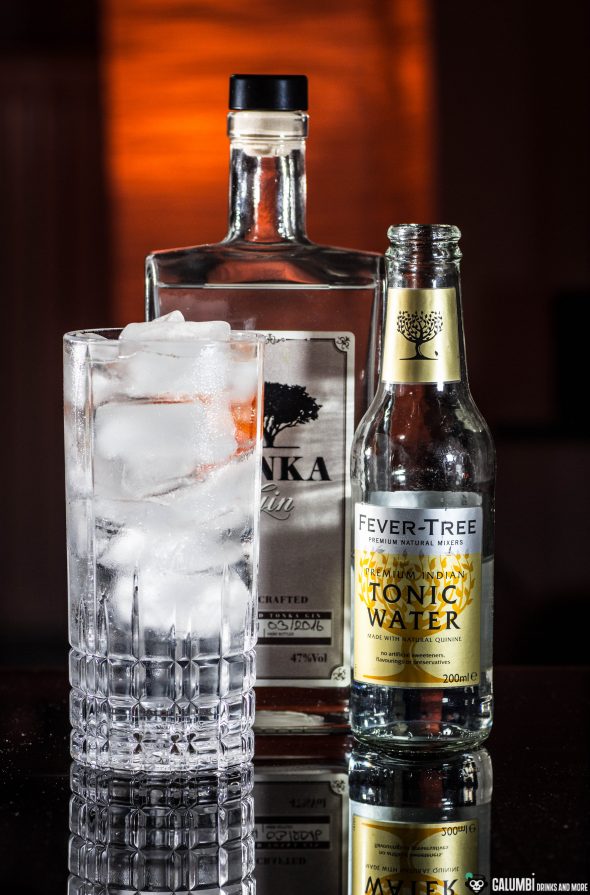 Along with a classic Fever Tree Tonic Water this is definitely a gin & tonic that I love. The tonka notes work absolutely great in the gin & tonic and bestow a very unusual and nice extra touch on it. You could probably grate some tonka bean over the drink or garnish it with a vanilla pod. But I have simply taken an orange zest to make it a little fresher. A combination that I would however recommend more for Christmas. 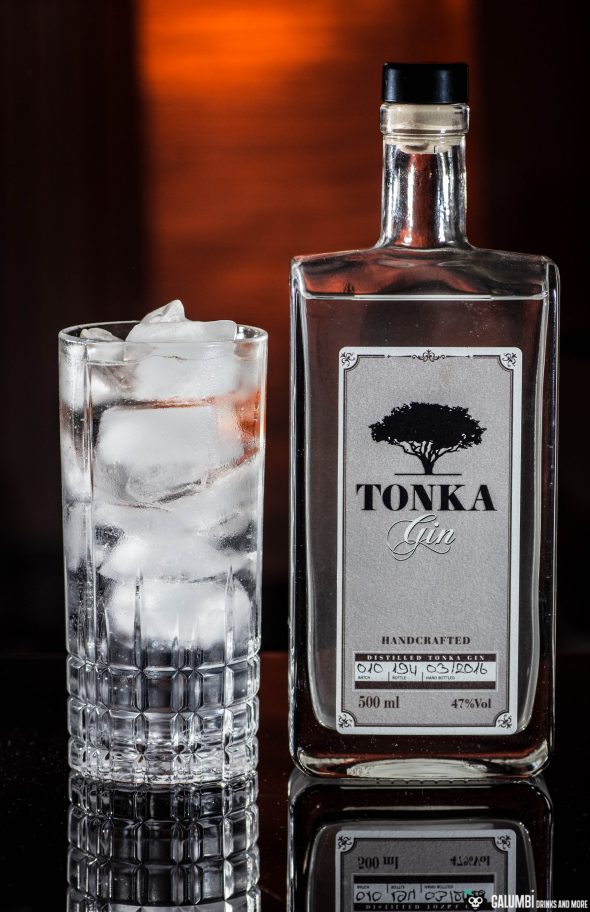 Though I encountered some slightly negative reviews of that gin in the past months, I cannot agree to them. I really like that one and will for sure use it in the future.

Buying sources: In stores or online, for example here.