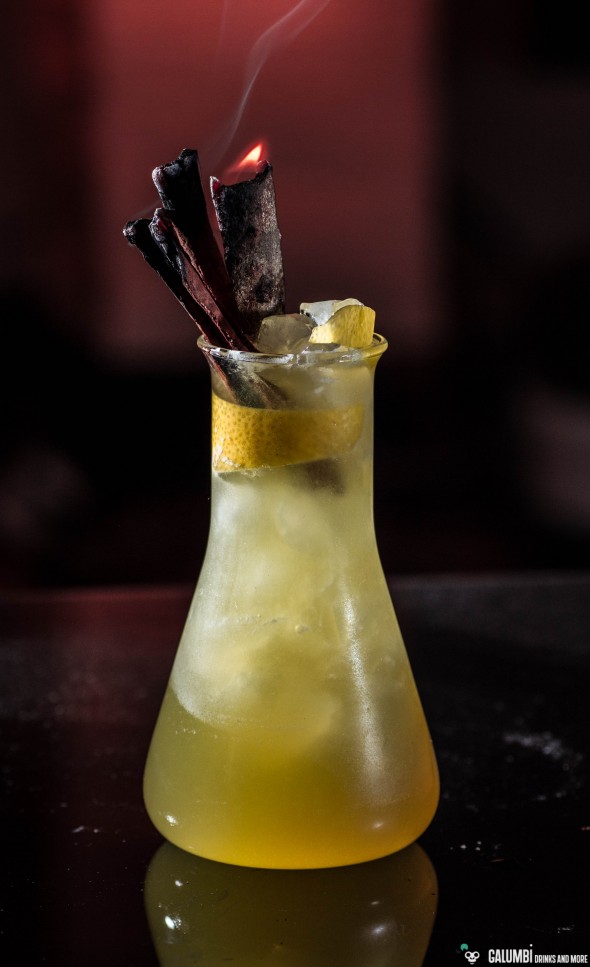 Stephan Hinz has become a major protagonist of the German cocktail scene and his Bar “Little Link” in the city of Cologne serves elaborate and sophisticated drinks. Besides that he also founded the company “Cocktailkunst” and recently published a highly recommendable book named “Cocktailkunst – Die Zukunft der Bar” (Engl.: Art of Cocktails – The future of the bar).

In his book, Hinz draws the parallel between haute cuisine and the bartender’s craft while not only describing a profound compilation of ingredients but also showing some nice recipes from all-time classics to modern classics alongside numerous creations of his own. Some of those recipes are a little complicated and cannot easily be prepared at home. But of course a lot of them are. In principle, I don’t shrink from a challenge, but, however, my main focus still lies on recipes that you can also prepare for yourself if you have the necessary ingredients; without having to use (for example) very expensive sous-vide devices.

Anyway, for today’s recipe you might nonetheless need a little technical assistance, unless you have a good source of celery juice. If not, celery juice can be easily produced from fresh stalks of celery with a customary juicer. But let’ have a look on the actual cocktail. The Celery Jack is a cocktail that is committed to all-American flavors. With this in mind, the name is quite programmatic since it has celery and a reference to Applejack in it. In addition these ingredients are joined by the US-typical aromas of apricot brandy and maple syrup. The drink is served very eye-catching inside of an Erlenmeyer flask accompanied by the fragrant aroma of burning cinnamon. A successful composition both visually and in terms of taste. 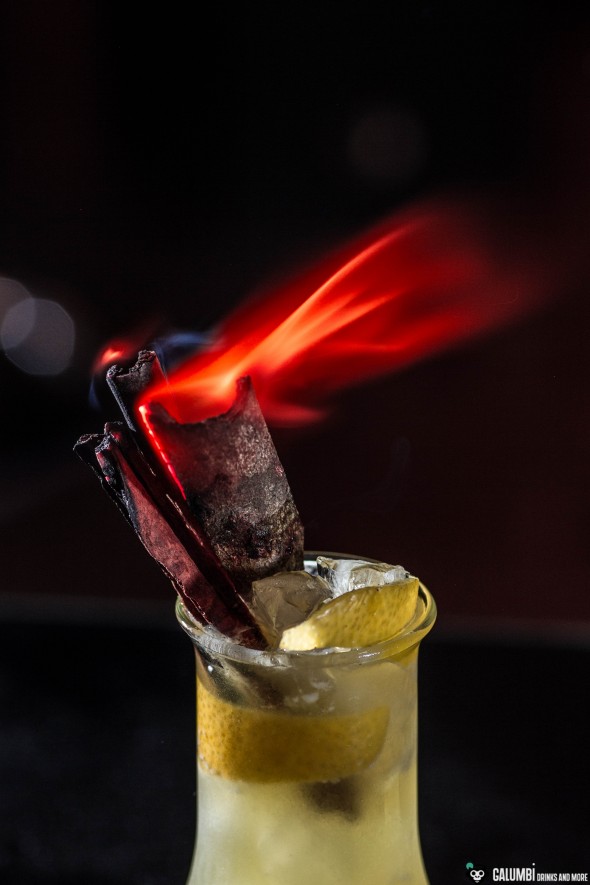 Preparation: Mix all ingredients in a shaker on ice and shake vigorously. Strain into an Erlenmayer flask filled with crushed ice.

Buying sources: All ingredients should be available in well-stocked supermarkets. Celery juice maybe available in health food stores; I made it myself in a juicer.