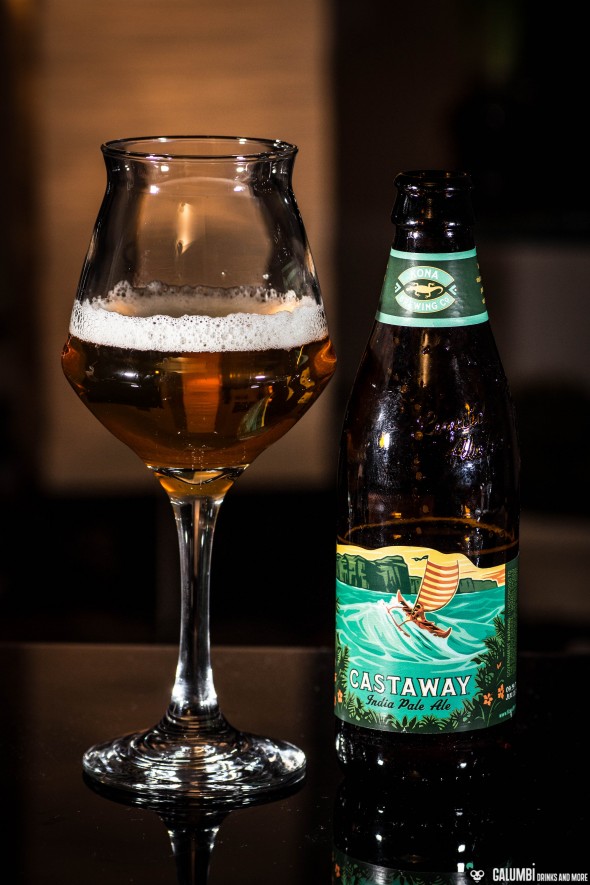 During my last article I wrote a few lines about the US state of Hawaii, where numerous Tiki classics have evolved. But Hawaii is not only a major place for cocktails but also for beer. At least since lately.

Responsible for this development is the Kona Brewery, which was founded in 1994 by Cameron Healy and his son Spoon Khalsa. The brewery belongs to the Craft Brew Alliance since 2010. Kona brewery is located in Kailua-Kona on the Big Island of Hawaii. Starting with a small pub brewery the company has established several restaurants since then. This does certainly underline the success story of Kona beer. The Kona beers are designed in a unique way that’s clearly relying on the Polynesian cultural flair. Label and layout put joy and ease into your mind.

Of different available beer styles I’d like to introduce the Kona Castaway IPA today, an American West Coast IPA which was recommended to me by a friend who spent his honeymoon in Hawaii. Thanks to the ever-increasing availability of international craft beers, it was relatively easy to get some bottles of several Kona specialties. Although Kona is primarily known for their Fire Rock Pale Ale, their Big Wave Golden Ale and Longboard Island Lager, I have chosen the IPA as a prelude, because I more and more get used to this brewing style since lately and really started to enjoy it. The Kona IPA comes with solid 6% vol. and in Germany a bottle is around 3 to 4 euros (0,355).

Immediately recognizable as a typical IPA: intense fruit, exotic associations of mango, passion fruit and citrus. Many reviewers have described some Kona Castaway IPA-typical resinous pine notes. This I could not directly isolate from the other flavors, but perhaps I just had a bad day.

On the palate it’s a stronghold of fruity hops with light honey sweetness and distinct bitterness. A very nice IPA which I really like. With a little luck it may also take you to Hawaii for a few seconds.