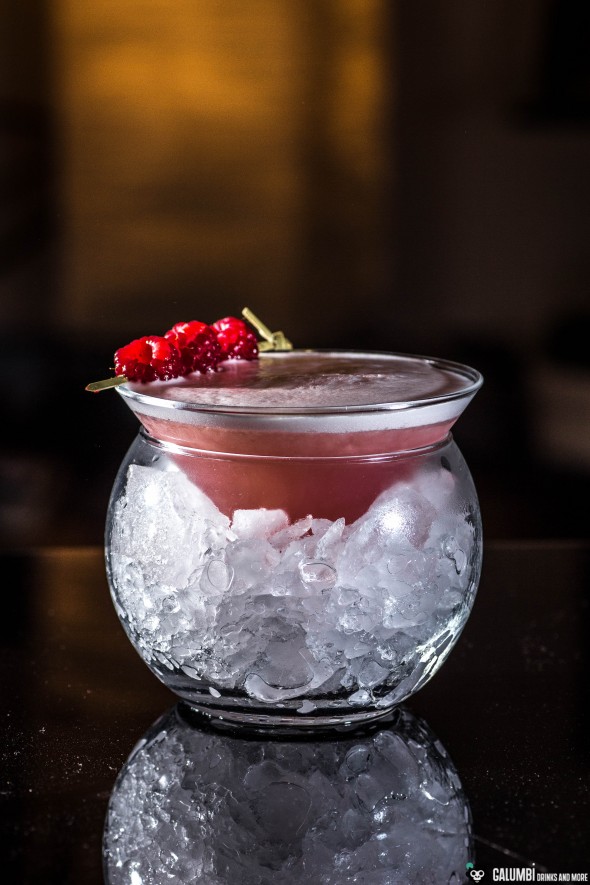 For many people a pink drink is a dubious issue. The color is like no other attributed to the Girlish and the corresponding social gender roles in Western civilization. No wonder that a lot of male connoisseurs who are very concerned about their own social profile rather try to avoid drinking cocktails of that color. Unfortunately, because todays drink once more proves: color means nothing.

On the contrary: Todays Zelda cocktail is even more of a representative of more vigorous kinds of drinks and thereby comes with 2 liquid ounces of gin. When it comes to terms of taste, this cocktail should satisfy both men and women (I am anyway not a fan of gender stereotypes or social role attribution). But let’s have a closer look to the recipe.

Basically the Zelda Cocktail is a variation of the famous Clover Club cocktail, which is virtually kind of a Gin Sour with raspberry syrup. This may sound somewhat obliquely to the layman, but in fact the Clover Club is a historical gentlemen’s drink from the American pre-prohibition era. The Zelda cocktail now replaces the raspberry syrup by a reduction of sugar and Belgian Kriek beer. Kriek is a Belgian Lambic beer with wild cherries added to it, which in the unsweetened version (the only true version, if you ask me) has very little to do with the sweet cherry beer a lot of people have in mind when thinking of their last trip to Belgium or their last visit on a medieval market (at least in Germany sugared cheery beer has become quite popular as a drink on medieval markets throughout the country).

The Zelda drink has been invented by Jacob Grier, author of the fantastic book “Cocktails on Tap” from which I have also taken the recipe. I can only highly recommend this book to any lover of beer cocktails. 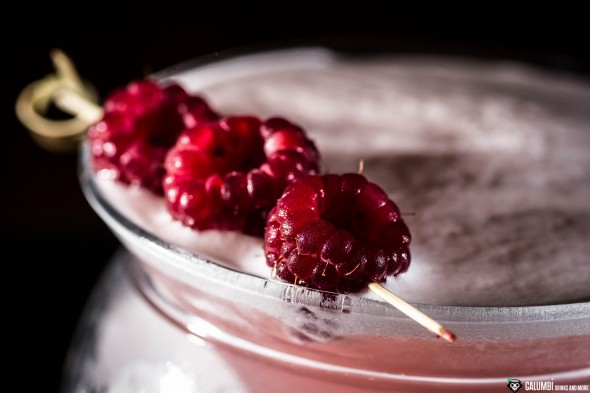 Nonetheless their might be a little reminiscence to the girlish in the name of the drink. Although Jacob Grier does not reveal the exact background of the drink’s name, many people will of course recognize the name “Zelda” as the name of the princess in the game series by Japanese company Nintendo. So we’re dealing with a worldwide well-known fictional character. And anyone who has ever been inside of a “Maid Café” in Tokyo’s electronical hub Akihabara will for sure have to reconsider her or his view of girl clichés in a fundamental way. The omnipresence of pink colored, glittering accessoires and the submissive-naive smiling of some princess-schoolgirl-hybrids can definitely be a bit much!

Kriek-reduction: Combine 240 ml Kriek and 200g sugar in a small pot and let simmer over medium heat and allow to thicken a little while stirring. (Try to use unsweetened Kriek! If your using the sugared version, you have to reduce the quantity of sugar accordingly to avoid an all too sweet syrup!) It will keep for several weeks in the refrigerator.

Preparation: Mix all ingredients in a shaker and do “dry shake” without ice first, then add ice to the shaker and shake again vigorously. Last strain into your chilled glass.

Buying sources: For Kriek beer a visit to a specialist retailer might be necessary. The rest of the ingredients should easily be available in any supermarket.