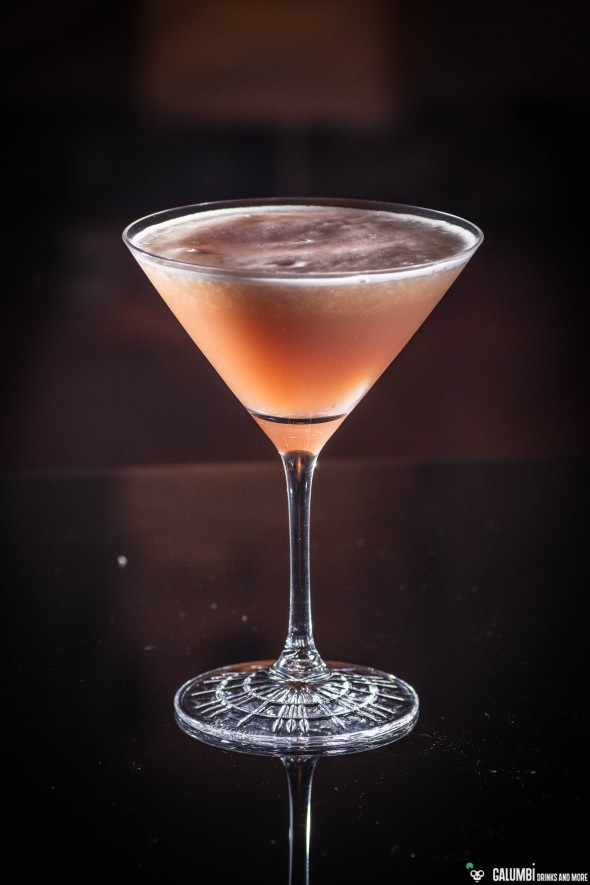 Some drinks do not really seem like a great taste experience at first glance. And yet every now and then such recipes turn out to be real sleepers. Although today’s cocktail is a real classic, it unfortunately enjoys far too little publicity.

The Elk’s Own is a cocktail with a relatively rich history. It is commonly agreed that its home lies in the city of Chicago, where it has emerged from its predecessor. The grandfather of the Elk’s Own was a drink from the 19th century called Chicago Fizz, which was made on the basis of rum, port wine, sugar syrup, lemon juice, egg white and some soda water. Over time, this Chicago Fizz, however, changed in some respects and so especially the base spirit was replaced with rye whiskey; an ingredient with a once again increasing market in recent years.

Now this ingredient mixture may perhaps read a bit strange, but in 1901 the Chicago Fizz thereby became the Elk’s Fizz, and Peter Sindar from St. Paul, Minnesota was awarded the Bartender’s Medal of the National Police Gazette for this recipe.

Finally, in Harry McElhone’s book “Barflies and Cocktails” from 1927 the recipe of the Elk’s Own in its final version was published for the first time: as a Sour without soda.

The taste is really complex and mind-boggling: rye whiskey and the fruity but heavy sweetness of port wine are really working wonderfully together and the texture of the drinks may even bestow you with some wondrous associations of fine milk chocolate. A drink that is absolutely worth a try, and when using a fresh organic egg you should also have no reason to worry about.

Preparation: Shake all ingredients vigorously and extensively on ice. Then strain into your chilled glass.

Glass: Martini (I opted for the Perfect Cocktail Glass from the Spiegelau Perfect Serve Collection by Stephan Hinz)

Buying sources: In well-stocked supermarkets, at specialist retailers or online.