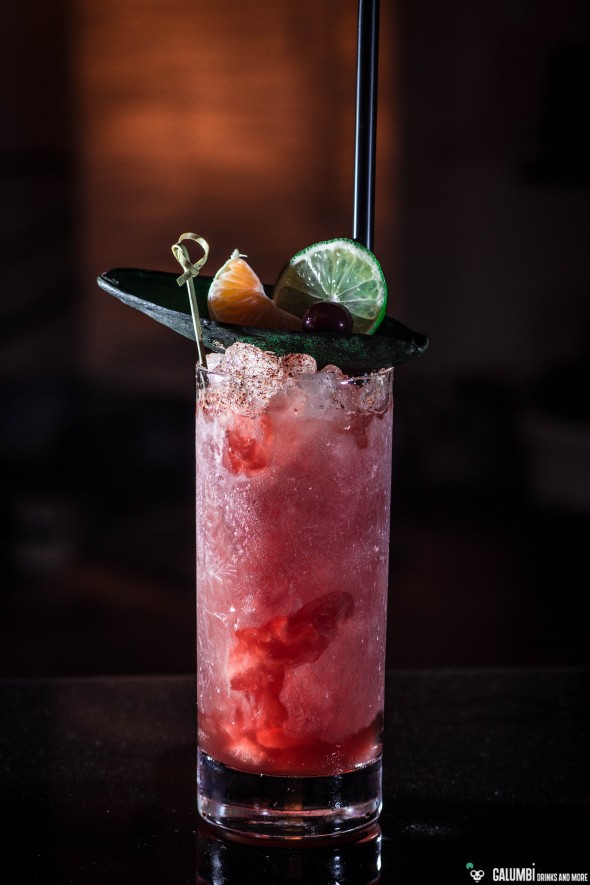 The Planter’s Punch … the sound of that name alone is most likely to make clear to even the last one that it’s somehow about cocktails. Most people have at least heard of it, many already had one in their life though it might have been in questionable quality, since the Planter’s Punch is one thing above all: it is more of an own cocktail category than a single drink.

And that has its reasons! To date, there is no universally accepted basic recipe or version of the Planter’s Punch Cocktail which led to myriads of good and bad recipes out there. The oldest written record of this drink goes back to a London weekly magazine from the year 1878. It is considered relatively likely that it has evolved in connection with the plantation work in the southern United States and mainly in the Caribbean countries, as the name suggests. The (mostly Jamaican) rum, which is found in virtually every version of the cocktail, also points in this direction.

Over the decades and centuries, countless versions have emerged of which some significantly differ from the original principle of the punches. Whether the category of Punches originated from India or not (Hindi “pantsch” = “five” – ​​for a number of ingredients in a popular Indian drink made of tea and spices) or whether some additional ingredients make up the whole thing while other don’t, I don’t want to spend much time on. Sooner or later in the American cocktail culture Punches became very famous and there is a common phrase for the ingredient proportions inside a punch: “One of Sour, Two of Sweet, Three of Strong, Four of Weak”.

It’s up to you whether you want to orient yourself meticulously towards that phrase or not, you should rather pay attention to the taste of the final result, especially when dealing with a drink which is interpreted as widely as the Planter’s Punch. There are two variants that have reached a lot of fame; one is very closely based on the formula and idea of the original cocktail Punches of the 19th century and the other one was invented by the famous Tiki bartender Victor Bergeron aka Trader Vic.

My version of the Planters’ Punch is more related to the classic recipe, but it adopts the Grenadine from Trader Vic’s recipe because I really think it deserves a place in this drink instead of regular sugar syrup. However, I hardly ever feel the need for a drink which comes with 9 cl of rum, which is why I do recommended Trader Vic’s version only to those in a swashbuckling mood. When it comes to adventurous variants adding pineapple juice or other tropical juices to the drink, I try to keep a sufficient distance. 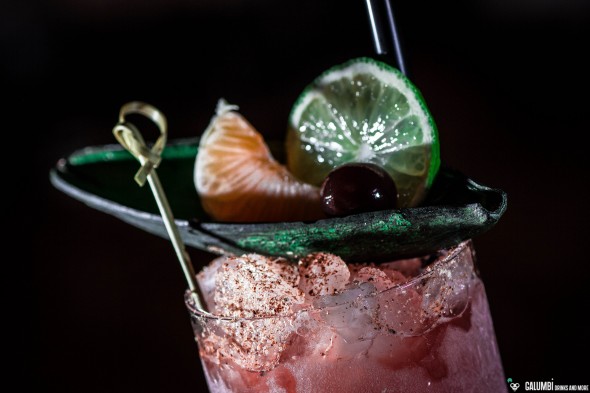 Preparation: Mix all ingredients except soda water in your shaker and shake vigorously on ice; then strain into a glass filled with crushed ice. Ultimately, top it up with soda water.

Garnish: a small set of seasonal fruits (avoid a fruit salad and try to garnish rather discreetly!) and a grating of nutmeg

Preparation: Shake all ingredients except soda water on ice and strain into a glass filled with crushed ice. Last top with soda water.

Buying sources: the ingredients should be found in well-stocked supermarkets, maybe except the Peychaud Bitters. So a visit to a liquor shop may be advisable. It is absolutely worth it to make some Grenadine on your own; for instance according to this recipe: