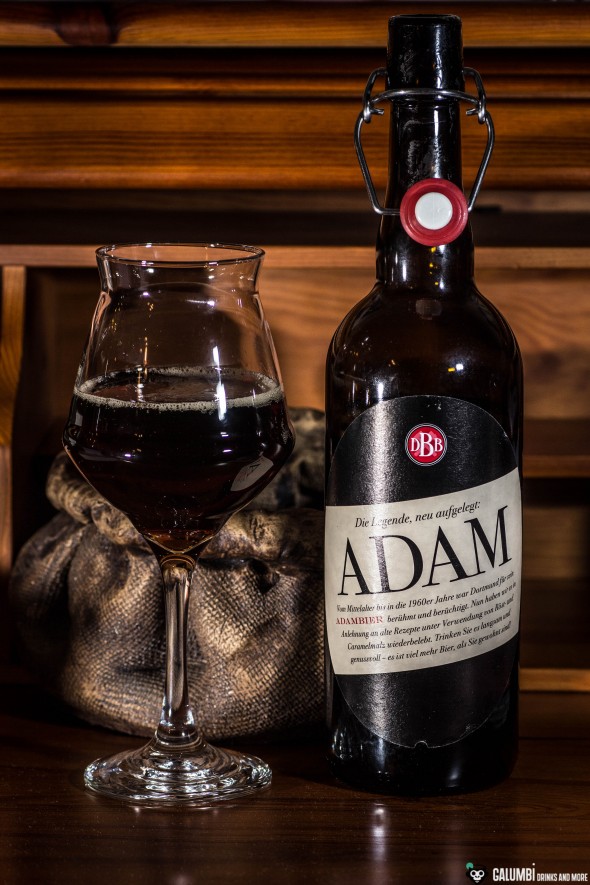 Dortmund is still regarded as the beer city in Germany, at least many local patriots cling to this predicate when it comes to upholding the flag of tradition. Born in Dortmund, I can absolutely understand that, but to honor the truth, it is not really true anymore for today’s Dortmund.

Dortmund rather has been the beer city in Germany. In earlier times there were many breweries in Dortmund and the range of beer styles also had to offer more than Pilsener, especially to name the Dortmunder Export. Whether it was Actien, Bergmann, Hansa, Stifts, Union, Thier or other breweries, Dortmund beers enjoyed world fame and in beer seminars people love to remind that once only the city of Milwaukee had a higher beer production than Dortmund. But this is long gone: In the meantime, only the Actien brewery is left and belongs to the Radeberger Group.

So it is even more gratifying that a small group of brewing enthusiasts around Thomas Raphael and Herbert Prigge have acquired the rights for the old Bergmann brewery and produce their own Dortmunder beer since 2007 with an ever growing output. So far, so good.

A particular specialty of the Bergmann brewery is Adam beer. A beer that once has been a real Dortmund local specialty, which’s roots go back to the Middle Ages. It is a very heavy, malty and dark beer that comes with a complex sweetness while bearing a full cargo of roasted flavors, overwhelming your taste buds. The last pub in Dortmund, where Adam beer was served before the Bergmann brewery recently began to brew it again, was called “Pielkens-Fritz” and there you got only one Adam beer per evening because of the strength.

With an original wort of 18 degrees Plato and an alcohol content of 7.5% it is clear we’re not dealing with a classic “everyday beer”, but with something special. The bottle price is also relatively high (around 9€ per bottle), but it is definitely worth it!

If you’re looking for more information, I can only recommend you to visit the website of the Bergmann brewery (only in German language). 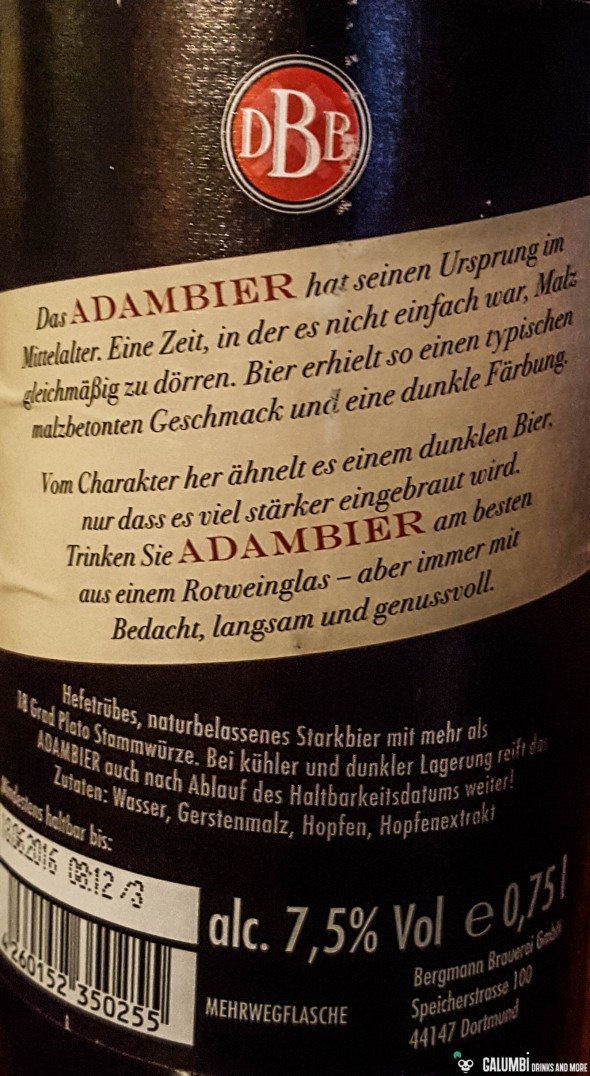 Buying sources: outside of Germany it will be very difficult to acquire a bottle of this local specialty. Even inside of Germany you may have to visit the city of Dortmund or check the website above for some online retailer information.

One thought on “From the Brew Kettle: Bergmann Adambier”