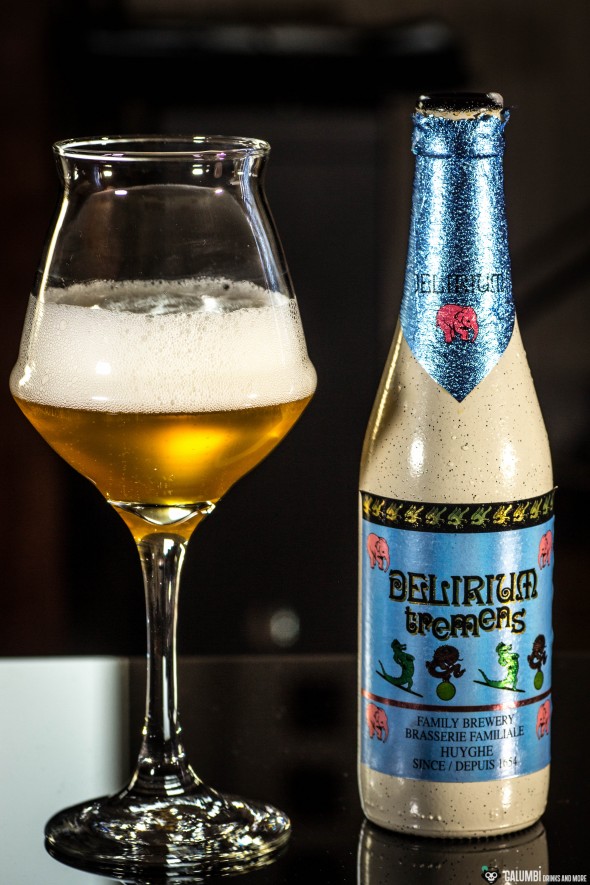 Delirium tremens is commonly the technical term for an alcoholic delirium and a possibly live-threatening complication in the context of alcohol addiction or an alcohol overdosis. Whoever takes a look at the bottle presented today may wonder with what kind of swill we’re dealing here.

Probably few people would expect that this actually is (or was) the “best beer in the world”. But this is indeed the case, at least it was in 2008, when the Delirium Tremens was awarded this title at the World Beer Championships in Chicago. Appearance and name of the bottle may initially trigger a very different impression, but this is of course not entirely unintentional from a marketing perspective. Without any doubt the bottle and the name of this beer have a fairly high degree of recognition.

The Delirium Tremens was brewed in the Flemish town of Melle, Belgium by the Huyghe Brewery with an alcohol content of 8.5%, which certainly lives up to its name in a morbidly humorous sense. Brewed in the style of a Belgian Strong Ale, the Delirium Tremens is, however, in fact an excellent beer that comes with a whole truckload of flavors and is therefore highly recommended. Especially during the cold season I very much like to drink a beer like this.

When I opened the bottle the beer kind of foamed over, which was a bit unexpected. But immediately there were plenty of aromas on the nose. Yeast, sweet corn, fine honey and a touch of lemon. The peppery hint, which many do attribute to the delirium tremens, I could not really find.  On the palate, the delirium tremens turns out very voluminous and full bodied. Again, yeast, banana bread, oriental spices and lighter honey. In the finish it is actually a little sharp-spicy (so maybe that’s the peppery hint) and relatively dry. A triple fermented beer that you will already keep in mind after the first glass.