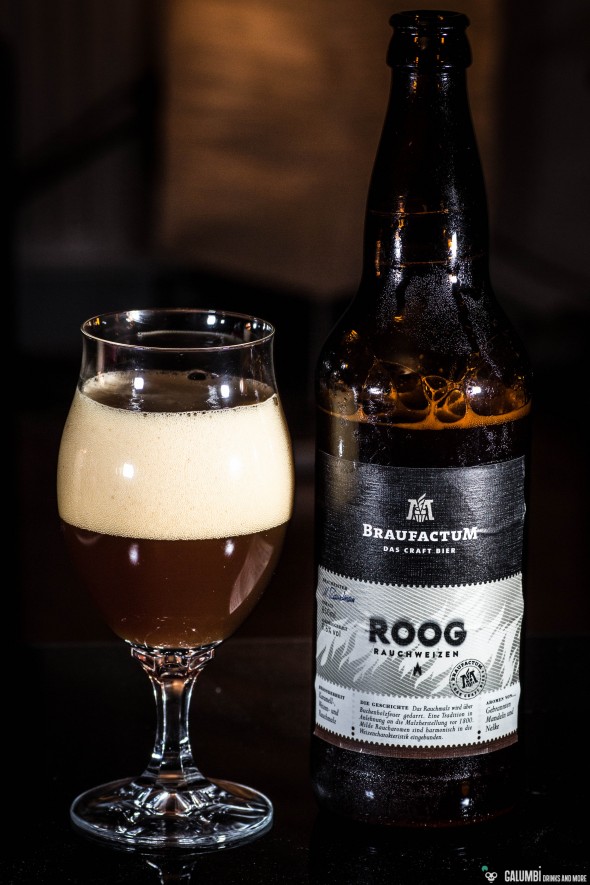 To Lovers of smoky whisky the procedure of smoking malt will be quite familiar: malted grain (usually barley) is kilned over fire and the phenols in the smoke add a strong, smoky flavor to the grain, which can vary between mild and very strong. What might not be familiar to everybody: this procedure is also used when making some kinds of beer. Moreover, it has long been something of a standard in the brewing process.

Today the production of smoked beer, however, has declined very much and you can find appropriate beers only as niche products. I for myself have not really become friend with smoked beers in the past, although I absolutely adore smoky whisky (especially from the isle of Islay). But when it came to beer the intense aroma of smoke somehow was not really appealing to me. That does change a lot when using smoke as a side effect, so to say as a certain flavor nuance to enhance beers like Porter or Gose to make them more complex and interesting.

Today’s Roog from the German Braufactum series, which has been brewed by Dr. Marc Rauschmann, nonetheless exceeds the level of a small nuance by far. On the other hand it is also not an absolute smoked beer, which has been made purely from smoked malt. Rather, in addition to the smoked malt light and dark wheat malt, wheat caramel malt, Vienna barley malt and barley caramel malt have been used. So it’s a kind of smoked wheat beer with additional flavors. The result is truly impressive and I highly recommend it. Even or especially to those who are a little skeptical about smoke in a beer: The cloudy Roog beer is by no means overshadowed by smoke, but does offer a very complex and aromatic flavor profile. At the prestigious World Beer Cup the Roog won the silver medal in the category smoked beer in 2012. 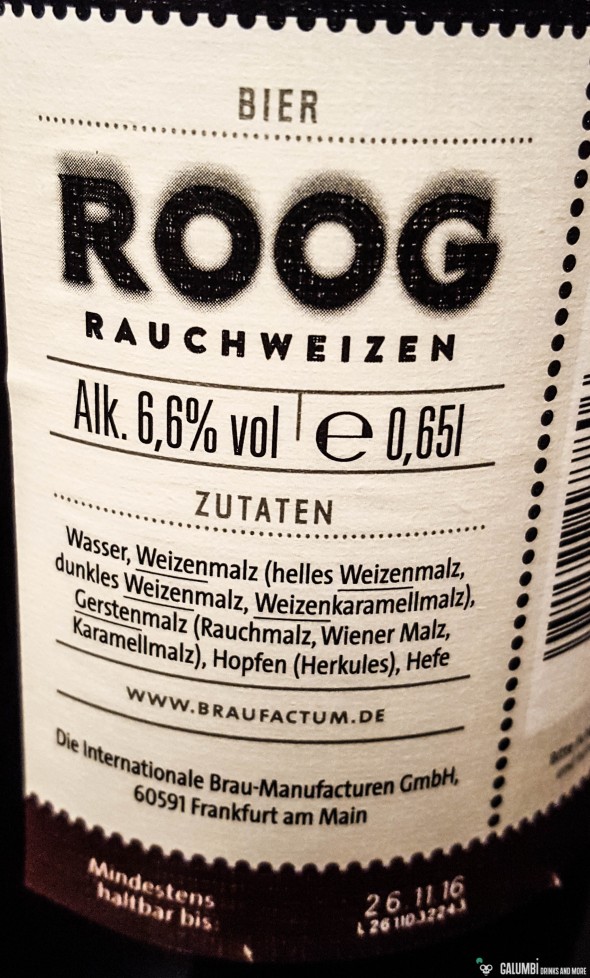 On the nose you will scent only a fine smoke with malt and some roasted almonds, behind which you can also find typical wheat beer tones with some cloves. The taste is an interesting interplay of banana flavors from the wheat, fine smoked ham and a bit of Christmas spices in the background. Surprisingly different, surprisingly good.

Buying sources: online or in stores. The Roog was bottled with 6.6% vol. and costs about 7 euros for 650ml.