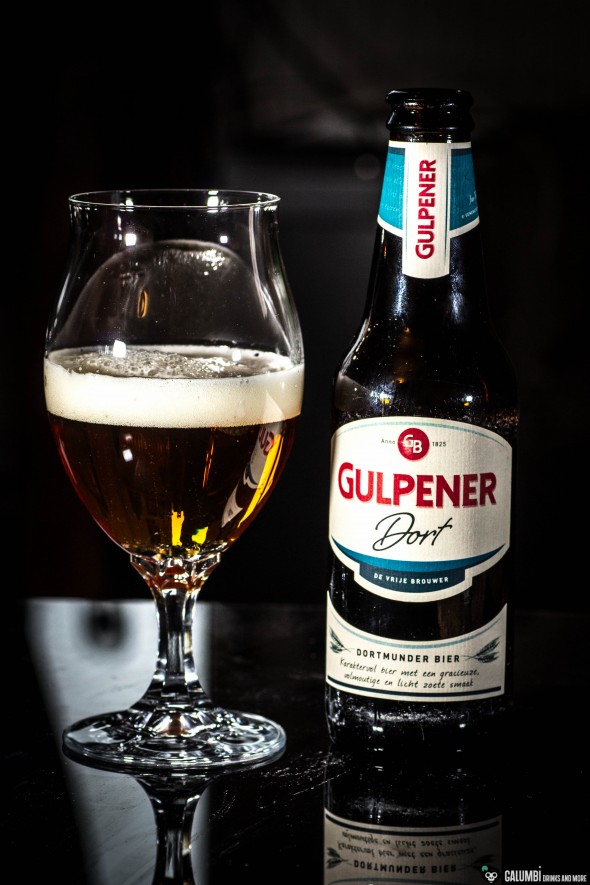 The present days are a little bit more influenced by thoughts on different craft beers, which have to do with my plan to visit some friends in Berlin very soon where we plan to spend some time trying new brands, talking about the matter and visit some special places being famous for their supply of different beers. Berlin offers a lot of opportunities in comparison with the Ruhr Area that I will try to make the best of. Nevertheless, today I want to carry the regional flag.

Following these opening words one could expect me to introduce a beer from the Ruhr Area or at least to write about a small brewery from one of the neighboring cities. In fact, today’s article is about a Dutch beer with the somewhat irritating appellation “Dortmunder Bier”. So what’s the reason for this? Is there also a city called Dortmund in the Netherlands? Far from that!

The solution to this question is relatively simple: “Dortmunder Bier” is an internationally familiar term for the traditional brewing style known in Germany as “Export” or, to be more precisely, “Dortmunder Export”. The city of Dortmund is famous for its beer tradition and so in earlier times they used to brew a bottom-fermented beer that was a little stronger to meet the demand for beers from the breweries of that city. The export was born. Today export beers are indeed more prevalent in southern Germany, but still this brewing style is widely connected with my birthplace. It is also quite interesting to note that under the synonym “Dortmunder Bier” a lot of international beers are brewed that actually do not fully meet the prerequisites for a Dortmunder Export any more. Nonetheless, there are similarities especially in terms of taste and color while some of them, such as the Gulpener, are brewed stronger than the original Export used to be. The Gulpener comes with 7% vol. and therefor is a lot more powerful than a traditional Dortmunder Export nowadays would be in Germany. But certainly it impresses with the classical characteristics of a strong-malty taste with noticeable sweetness on the palate.

On the nose, sweetish malt makes way for complex roasted aromas and very subtle caramel notes. On the palate, the Gulpener Dort turns out very full-bodied and aromatic with some honey and plenty of malt. It reminds almost of a malt beer for kids, but not that much sweet. It is a really tasty beer of which one should not drink too much (7% vol. will demand their tribute).

Buying sources: The Gulpener Dort can be found in specialized stores or online.