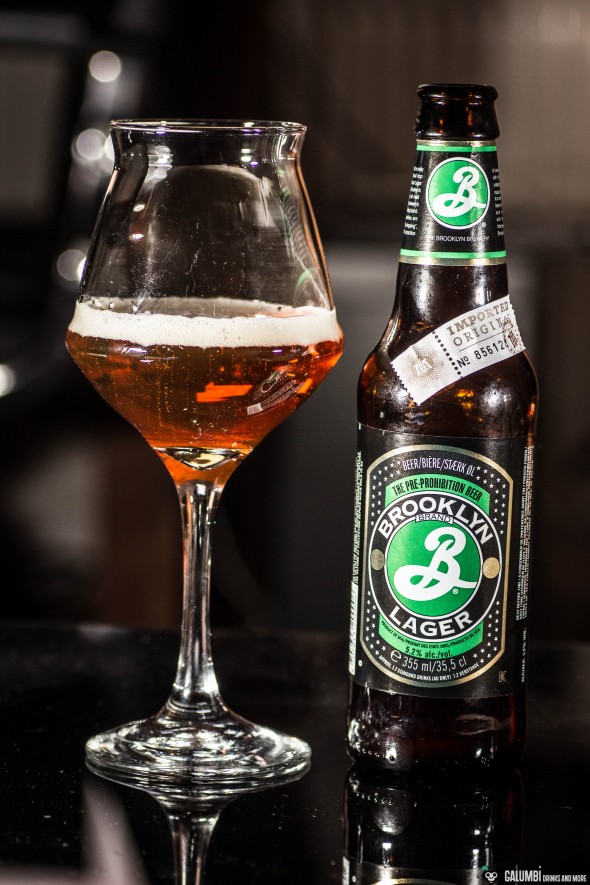 Brooklyn has always been considered an important center for the American brewing tradition and so it is not really surprising that Brooklyn is the home of many quality craft beers and one of the cradles of the American craft beer movement.

Today’s Brooklyn Lager has been brewed by the famous US brewmaster Garrett Oliver, who is also responsible for the very aromatic Brooklyn Local 2, which I have already presented some months ago. But in contrast to the Local 2 we’re dealing with a less complicated product that is certainly suitable for a bigger audience. Not by chance it is regarded as one of the most popular beers in New York. Brewed in the style of a Lager which are usually somewhat weaker hopped compared to Pilsener beers, this bottom-fermented beer specialty impresses according to the Braufactum website with the peculiarity of a dry hopping process with the hops of Hallerthauer Mittelfrüh, Saphir and Cascade. There are also the malts Pilsener, caramel and Munich malt used in the making of this beer. It is a reminiscence of the way to brew a Lager in the pre prohibition era. 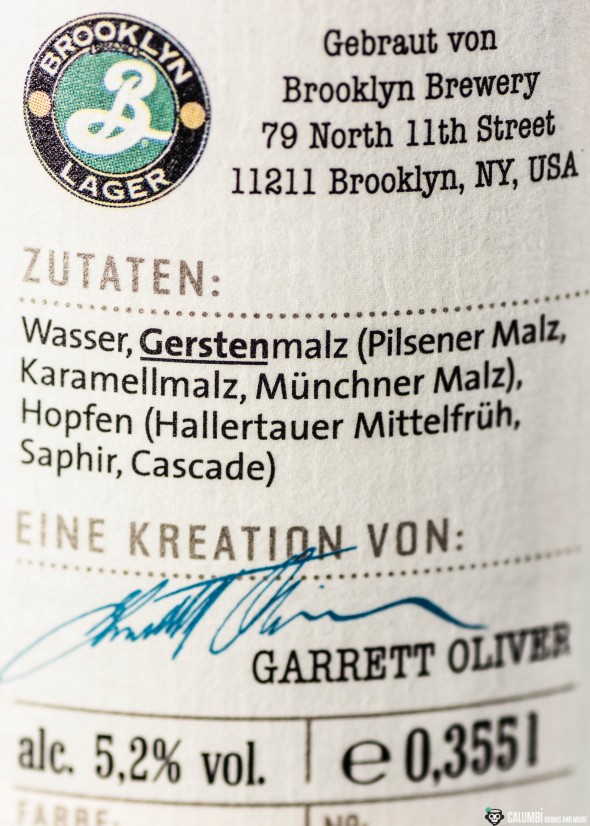 On the nose you can scent a clear and surprisingly strong hop variety, delicate fruit and spicy caramel.

On the palate the Brooklyn Lager offers pleasantly spicy and tart notes with a very subtle fruitiness from the hops used, being far from overpowering the overall impression like many IPAs would do. It is followed by a dry finish with a fine bitterness.