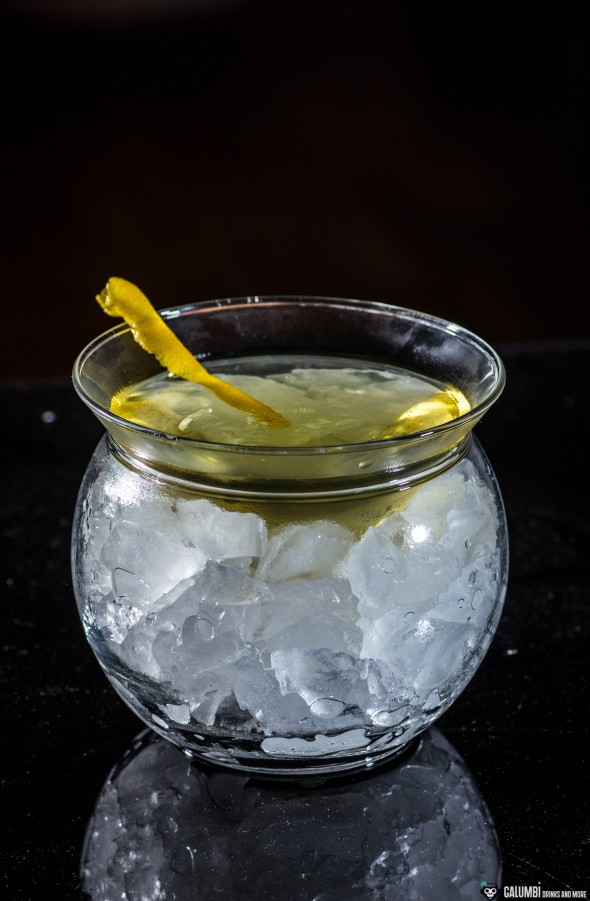 As I have already noted from time to time in other contexts, mezcal still isn’t the big name in the European bar scene, at least not as it is in the United States and of course in his native country Mexico. This is of course mainly due to the geographical distance and the associated import difficulties, but certainly also to a large extent because of the fact that many people actually do not really know Mezcal or simply don’t like it. Too bad.

Mezcal often has a clearly perceptible smokiness. Although it is not so hard and dominant like the smoke flavor of a powerful single malt whisky from the Hebridean island of Islay, yet for many people it seems initially to be too much. Today’s cocktail was designed precisely for such people, to make them feel a little bit more comfortable with Mezcal. It has been invented by Matt Lanning from the Bitter Bar in Boulder, Colorado (about 45 km north-west of Denver). Similar to a Negroni, the All Betts Are Off Cocktail relies on three parts. With the Dolin Blanc vermouth a slightly sweeter vermouth is used (of course you could substitute it with a drier variant, but the usage of Dolin Blanc sets a counter-point to the Mezcal and therefor definitely makes sense). Also yellow Chartreuse features on the list of ingredients which brings very interesting nuances with it.

The cocktail was named after Richard Betts, the founder of the mezcal brand Sombra, which is used in the original recipe. Thus, the name is a pun on “all bets are off” with a double T. Matt Lanning noted in this regard: “You think you do not like mezcal? With this one, all betts are off! ”

Preparation: Stir all ingredients on ice until cold and strain into your chilled glass. Then sprinkle with the oil of a grapefruit zest.

Buying sources: Sombra Mezcal or a similar variety can be found in specialist shops. The same applies to Dolin Blanc vermouth and grapefruit bitters. And if you’re already there, you might as well buy a bottle of Chartreuse jaune, although you could also find this one in well-stocked supermarkets. If you have one of those lazy moments: simply order it online.

One thought on “All Betts Are Off”