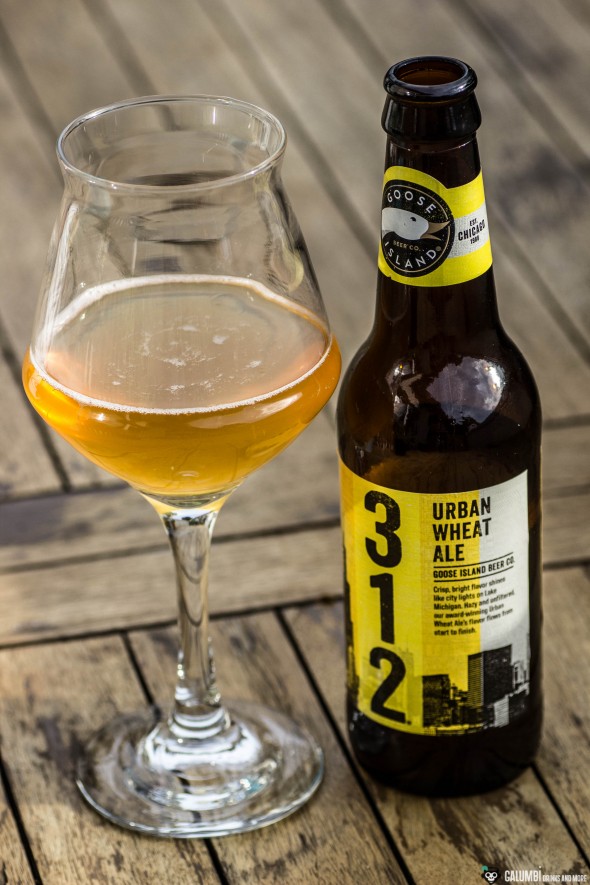 In 1988 a certain John Hall opened up a small pub in Chicago, where home-brewed beer was sold to the public. It was named after the neighboring Goose Island. Today, the Goose Island Brewery is a prestigious address in the US Craft Beer Market and nowadays there are additional pubs, an expansion of the beer range and grown commercial relations with many parts of the world.

The 312 Urban Wheat Ale is a beer that has already won many awards and is something like the flagship of Goose Island. It is brewed in the Belgian style of wheat beers, however, crafted with an American twist, which is definitely reflected in the taste! You can’t compare it 1:1 to Belgian Wit beers like Hoegaarden.

On the nose you can initially find very fresh tones with bright fruit and fine grain aroma; a lot more than in a typical Wit (Belgian Wheat). The taste is still very light and fresh with a slightly bitter, yet fruity note. I found it tasted a little bit similar to a Pilsener, but much more light.