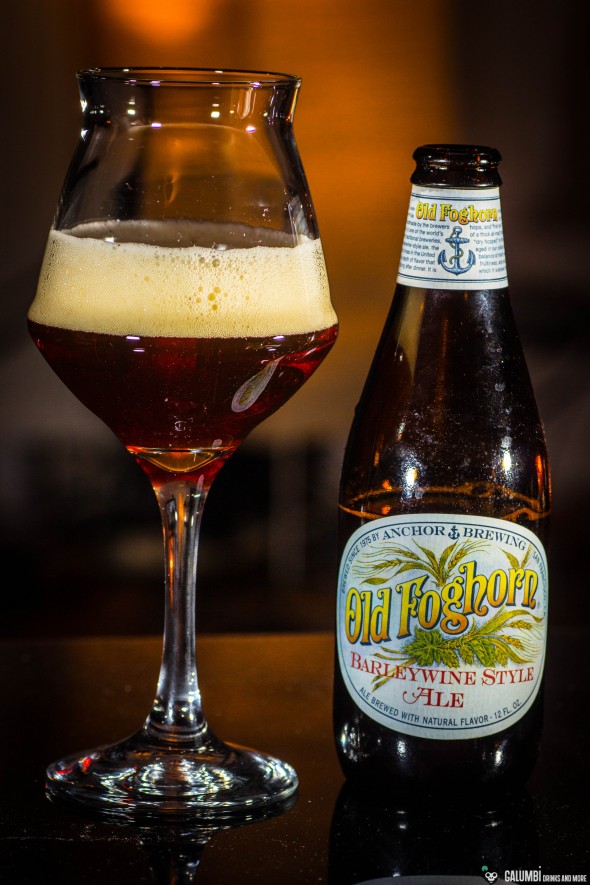 Barley Wine Style Ale – a style of beer that probably won’t say very much to most people is a very interesting beer variant, which has long been forgotten. Especially today’s Old Foghorn Barley Wine Style Ale has made this brewing style popular again, especially in the USA, where it is made in the City of San Francisco by the Anchor Brewing Company. It was first made in the mid-seventies. The original brewing style originated in the 18th century in England.

Barley Wine style ale is a top-fermenting brewing style, which relies heavily on malt. Along with strong hop flavors Barley Wine offers very intense and aromatic flavor, and is not for nothing named “wine”, as this brewing style usually comes along between 7% vol. and 13% vol. It has a very interesting aromatic profile since an initial sweetness merges with the bitterness of the hops. Very interesting and a real tasting experience.

The Anchor Brewing Old Foghorn Ale with its 9.4% is an archetypal representative of this beer style.

On the nose initially you can feel the significant amount of alcohol inside the ale with aromas of lemons, strong maltiness and caramel. The taste is actually really winy, full-bodied flavors with the announced sweetness which then makes place for the pungent Cascade hops used in the brewing process. A very complex beer that tastes absolutely great to me!