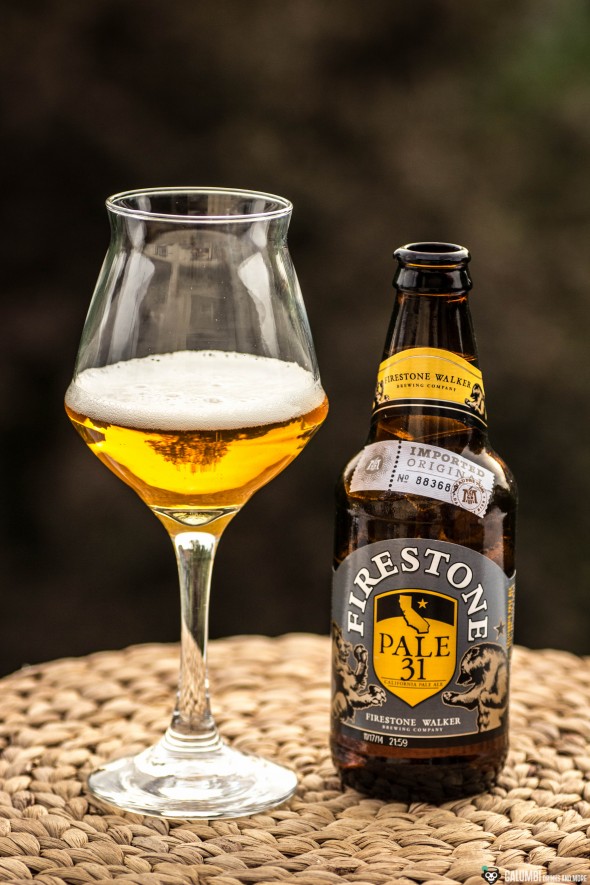 Craft Beer has become an essential part of the beer range in the United States of America; from there the worldwide Craft Beer wave has started to conquer many countries. Today I want to introduce a beer from the Braufactum series typical for this development: The Firestone Pale 31. It is a beer from the Firestone Walker Brewery in California which was brewed by Brewmaster Matt Brynildson in the style of a pale ale and was then imported by Braufactum. Pale Ales are top-fermented beers which are also often referred to as Bitters in Britain and are characterized by a dominant hop note. Unlike the India Pale Ales (IPAs), they are usually a little less strong. With 4.9% vol. the Pale 31 is relatively light and easy to drink.

Nonetheless the Firestone Pale 31 has a very distinctive hop note. In the brewing process the hops Fuggle, Cascade, Centennial and Chinook were used, all hop varieties from the north-western regions of the United States. Braufactum also informs about the Firestone Pale 31 on its website and the exceptional production process of the beer. Accordingly, the Pale 31 is a blend of conventionally brewed beers and ales, which are created by the “Firestone Union method”. Braufactum explains this as follows: Before the performance of hops was controllable due to temperature control the beer tended to foam out of the casks. The overflowing liquid was collected and later filled into the barrel. Because of this circulation particularly active yeast is obtained, which gives the beer its unique taste.” („Als das Verhalten der Hefe durch Temperaturregelung noch nicht steuerbar war, schäumte das Bier oft aus den Fässern. Die überlaufende Flüssigkeit wurde aufgefangen und später wieder ins Fass gefüllt. Durch diese Zirkulation wird eine besonders aktive Hefe gewonnen, die dem Bier seinen einzigartigen Geschmack gibt.“)  Like American Bourbon whiskey the Pale 31 was matured in American oak barrels. 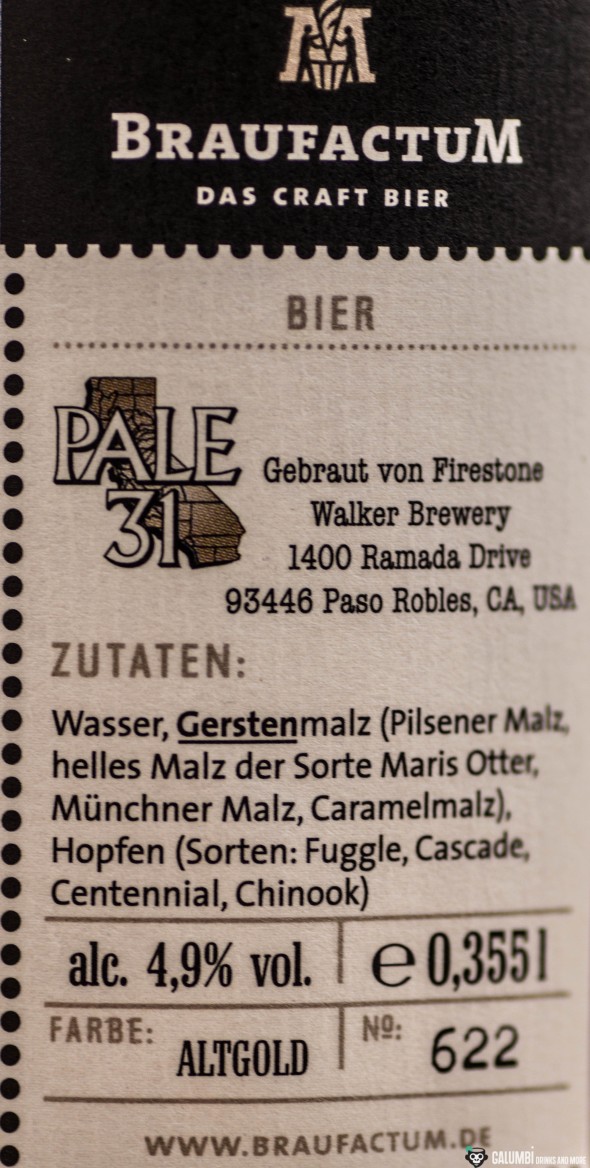 The taste reveals a quite bitter beer with a surprisingly malty appearance and pleasing little intrusive (for my taste) fruit. It turns out quite different than you would suspect when just perceiving the scent on the nose. The Firestone Pale 31 has a fine bitterness while in the finish there is once again citrus oil and tangerine.

Buying Sources: The beer is available online, in specialized stores and in well-stocked supermarkets (at least in Germany). It costs about 3 euros for a 355ml bottle.