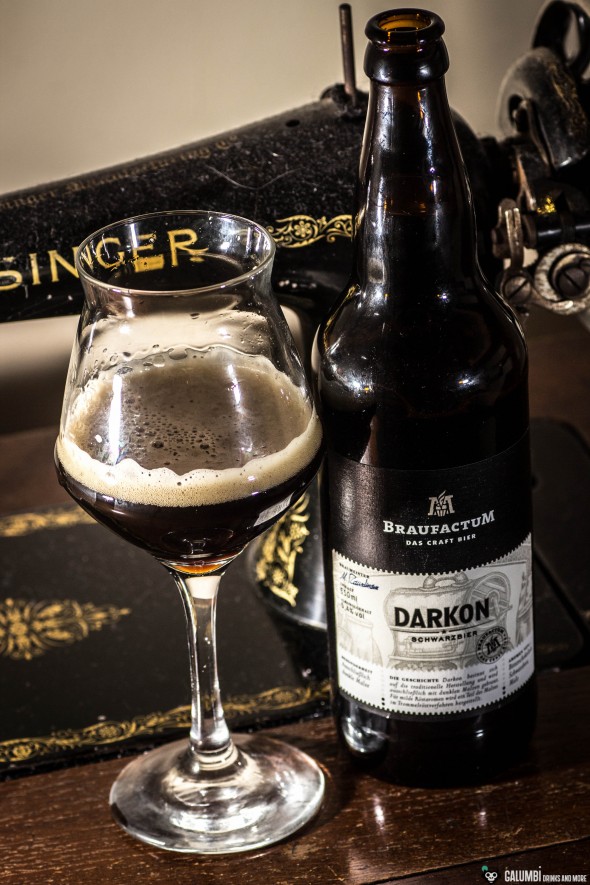 Today it’s getting dark again inside the beer glass, but it’s not about another Stout or Porter, but a German black beer (Schwarzbier). Well, it’s not one of those mass industrial black beers you can find on the German beer market, but a special creation from Braufactum: the so-called Darkon.

Already the name alludes to the deeply dark soul of this beer specialty, which of course is also reflected in the taste. Exclusively dark malts were used by Braufactum in the brewing process, which has become rare in the black beer production. Many manufacturers of this bottom-fermented beer rely on no small part of pale malts to simplify the brewing process and make it more cost-effective. Although some similarities in color and flavor to Porter or Stout are recognizable, stouts are brewed top-fermented and often differ quite significantly in texture and flavor from black beer, which is in comparison lighter and less bitter with a different emphasis.

The Braufactum Darkon does not go the way of the mass industrial black beers and tries to be a reminiscence to the traditional black beers of Thuringia, Saxony and Brandenburg. For the Darkon the malts Münchner Malz, Karamellmalz and Röstmalz are married in the brewing process with the hops Magnum and Sapphire. 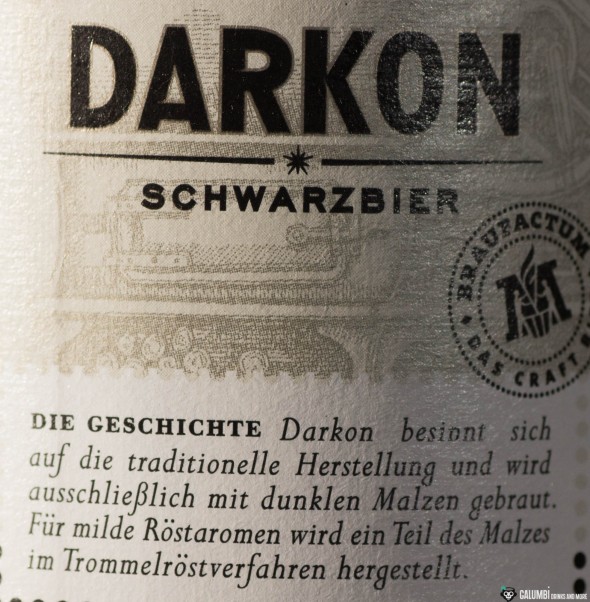 Personally I like the Darkon very much. It offers sweet malt and chocolate with roasted aromas and cream coffee on the nose. The taste offers strong and spicy nuances in the foreground, while a slight hint of dark chocolate completes the full-bodied picture. With its 5.4% it is fairly drinkable and not overloaded on the palate, even though it is of course a very spicy taste experience compared to many lighter and paler beers. The herbal notes the manufacturer ascribes to the beer I could not find.

Buying Sources: The Darkon is available in well-stocked supermarkets (in Germany), specialized stores or in the internet. It costs about 5 Euro for a bottle (650ml). 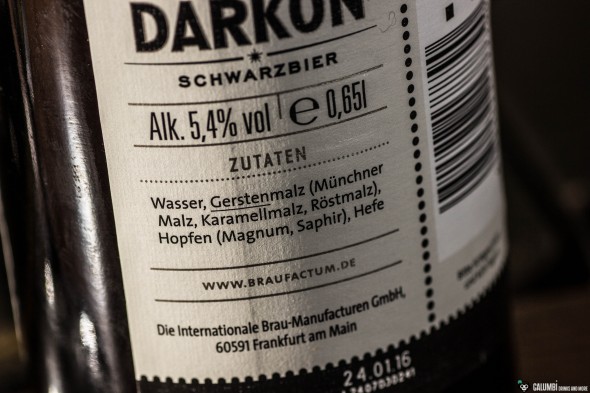