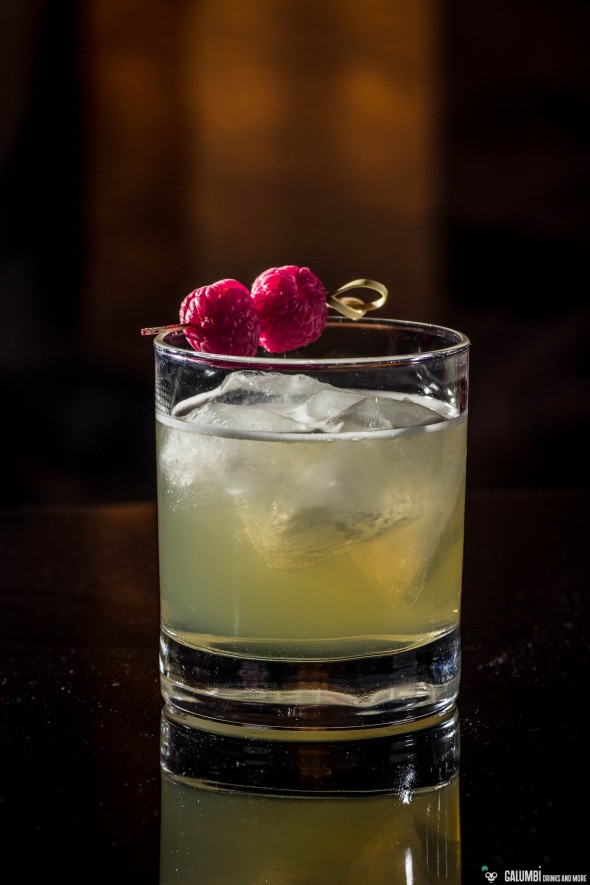 Today I’ll stay in the spirit of the latest recipes I have posted here and want to introduce another beer cocktail. Again, this cocktail is taken from the book “Cocktailian – Beer & Craft Beer” and again it is a modern creation. The name, however, might seem a little bit odd (at least for people who understand German) and won’t trigger associations with a drink: Bayrisch Kraut (engl. Bavarian cabbage, a special kind of Bavarian sauerkraut).

People from Bavaria will forgive me, but often the national pride among Bavarian people is seen with a little bit of amusement (Germany is a country which has historically originated from different countrys that are now called “Bundesländer”; therefor some of these “Bundesländer” have a very strong sense of nationality to distance themselves from the others). Since the picture of guys wearing leather trousers and girls wearing a “Dirndl” is something like the typical imagination of German people in some foreign countries (especially in Asia and the Americas), inside of Germany (especially in northern parts of the country) Bavarian people who really do wear those clothes and tend to demonstratively show their regional affinity are often considered to be a little bit narrow-minded. Whether this prejudice is right or not, I won’t judge.
In this regard I do not want to digress too much, but to me personally the name “Bayrisch Kraut” seems rather unattractive. Jens Müller from the Aposto in Bamberg, who created this drink, will forgive me hopefully. First and foremost because I absolutely love his cocktail!

The Bayrisch Kraut relies on a very tempting combination of fresh fruit, the hotness of ginger and a finely balanced sweetness. The use of wheat beer gifts the cocktail a certain sprightliness I really like.

Preparation: Simply shake all the ingredients except the wheat beer vigorously on ice, then strain into your chilled glass over fresh ice. Last top the drink with wheat beer and perfume it with orange zest.

Garnish: orange zest (when the photo was taken, I only had one of those already somewhat battered oranges whose zest left a rather pitiful impression, so I’ve just used two fresh raspberries as a garnish. They do work quite well with the Obstler, even though I won’t recommend them as the better garnish. It is best to follow the original recipe of Jens Müller and use just an orange zest.)

Buying Sources: Obstler can be obtained in average quality in every major supermarket (at least in Germany). For ginger liqueur and lemon bitters it might be necessary to visit a specialized retailer. Wheat beer is also available everywhere (in Germany). Alternatively – as always – you can order whatever you need conveniently via the internet.