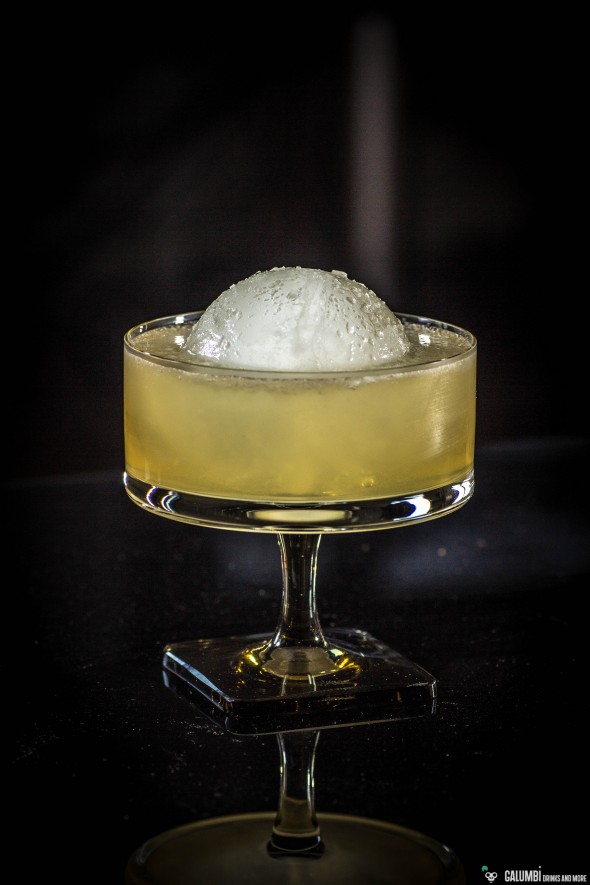 Sometimes you’re dealing with cocktails which have been gone for a long time or at least have been more or less forgotten by most people. If you’re unlucky, you’ll realize very soon after tasting them why these special mixtures did not gain much acceptance. But sometimes you’re lucky and stumble upon a real gem and perhaps can even improve it with some fine-tuning.

Such an occasion has recently happened to me with the Culross Cocktail. The Culross Cocktail leaped to my eye while browsing through the absolutely recommendable Savoy Cocktail Book, which is a reissue of the recipe collection by Harry Craddock. Craddock was a British-born bartender who learned his craft in various bars throughout the US and then re-migrated back to his homeland during the prohibition era. There he worked at the Savoy Hotel in London and published his recipe collection, which now proves to be a treasure trove of classic and one or the other outmoded drinks.

Why the Culross Cocktail is actually called Culross Cocktail, I do not know and could not find out so easily. For sure it was not named after the American Death Metal drummer Dave Culross and also the likeliness of the drink being named after the small Scottish town of Culross appears to be rather low, since there is at least no scotch or other typical regional products used in the recipe. Perhaps the people in Culross do grow fine apricots? I really do not know.

That, however, does not detract from the enjoyment, because the Culross Cocktail is a refreshing spring drink with the complexity of Cocchi Americano and subtle apricot notes that harmonize very well with the mild dryness of white rum and its fine vanilla and fruity notes. The Orange Bitters underline the fresh taste of the drink and at the same time give additional depth. They are not part of the original recipe, but in my opinion absolutely enrich the taste. I have also adjusted the proportions of the original recipe a little bit.

Recipe of the Culross Cocktail (my own adaptation from the recipe in the Savoy Cocktail Book):

Preparation: Mix all ingredients on ice and shake vigorously. Then double strain into your chilled glass. In the original, no ice is used in the serving, however, I have used a Japanese-inspired ice ball, which melts very slowly and keeps the drink cold and therefore highly suitable for a warm spring day.

Buying Sources: I recommended to use a good white rum. You’ll find rum and Cocchi Americano in well-stocked supermarkets or in specialized liqueur stores. The same applies to Orange Biters and Apricto Brand. Alternatively you can of course order it online.