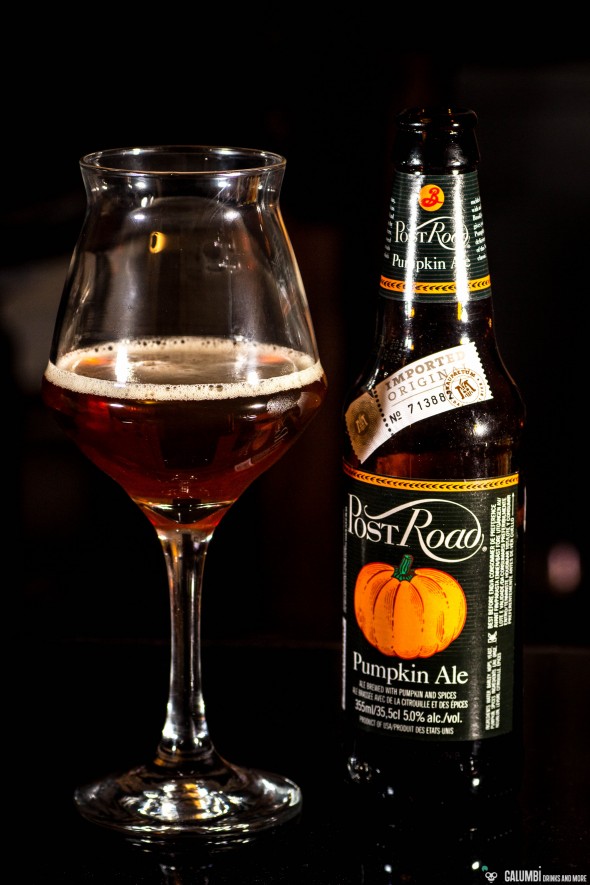 Pumpkin beer for many people is certainly not a particularly well-known specialty. In the Ruhr area of western Germany a lot of people would generally doubt the word “pumpkin beer” and refer it to the realm of fairy tales… or maybe even worse. But the idea is actually not really far-fetched since pumpkins are a very aromatic vegetable raw material, which has (at least in the kitchen) a very good reputation as a seasonal product. So why not using it in a beer?

I have seen the Brooklyn Brewery Post Road Pumpkin Ale for the first time in New York at a kiosk and bought a bottle out of curiosity. Since I really liked it, I kept my eyes open to find this beer also somewhere here in Germany, but, however, initially with moderate success. Fortunately I was able to find an online mail order after a while which had it in stock, although only in limited quantities. 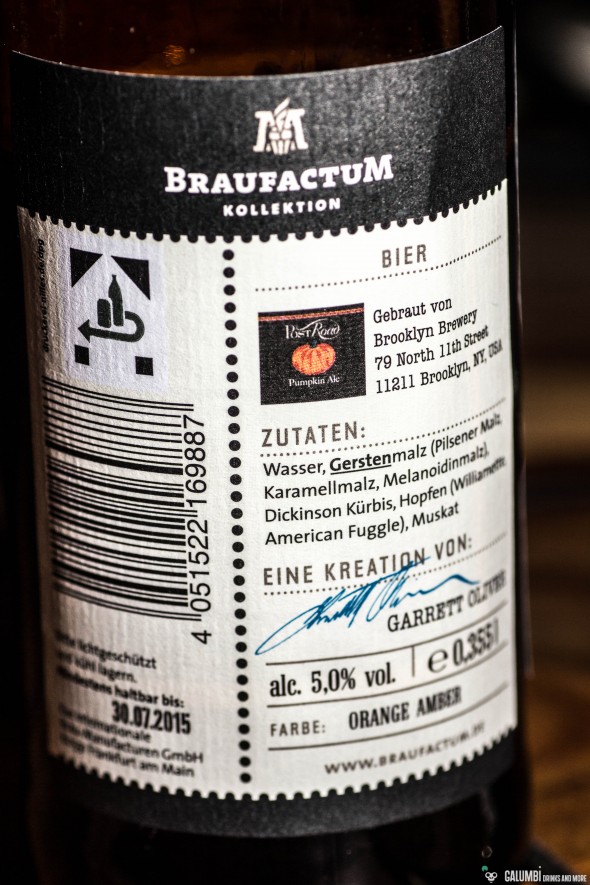 On the nose you can already scent hearty spice notes (nutmeg), which are surrounded by the characteristic sweetness of the pumpkin. The flavors remind me a little bit of Christmastime, according to that I can easily imagine this beer as a beverage accompanying a Christmas roast.
On the palate this pumpkin ale shows it’s full-bodied character alongside the slight sweetness you already find on the nose. There are also nice malty aromas coming through. Since this ale is fairly high carbonated, you can very well drink it even as refreshment without it being too powerful. So unlike some super spicy and heavy Imperial Stouts you can also drink another one of it. The alcohol content of 5.0% also makes it relatively unproblematic when it comes to having one more.

Since this beer is a seasonal product you have to be kind of quick to buy some more of it. Although you might be able to purchase it all year round in the US and especially in New York, this will certainly not be the same in Europe. So if you’re looking for the Brooklyn Brewery Post Road Pumpkin Ale you should try out a craft-beer specialized store or watch out for it on the internet.