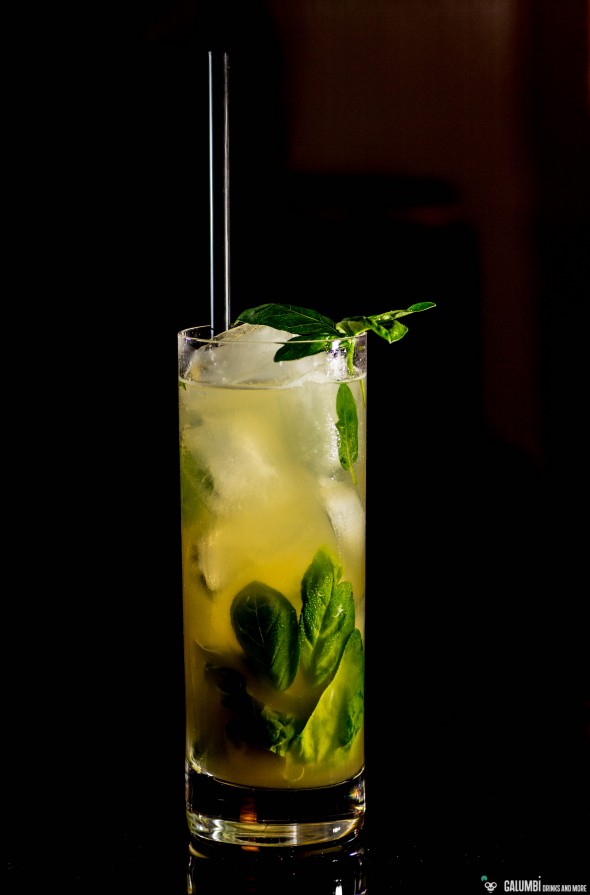 What may seem like a jazzed up version of a Ron Collins, on a closer inspection turns out to be a Cuban drink full of mysticism. Who knows, maybe this cocktail was already popular during the pinnacle of Caribbean piracy in the 17th and 18th century and was enjoyed by several shipwrecked captains after a frenzied Voodoo Festival on a palm beach…

All kidding aside, the Negron is really a great drink. I came upon this recipe through a short, yet informative article by Christian Kopp (written in german language) on Mixology.eu. In this article Mr. Kopp explains that the Negron has just a random name similarity to the famous Italian Negroni while having completely different roots on the contrary: it’s derived from the syncretic Cuban Santería religion, where it is offered in the context of spiritual gatherings. After a short research on the Santería religion I have not discovered any confirmatory evidence, though, but surely broadened my cultural horizon by an interesting facet.

Whether the Negron is prepared and drunk by the Santería priests in a comparable form, or whether the whole story is rather far-fetched, one thing is certain: The drink is really great! The interplay of spicy Thai basil, white rum, honey and lime works exceptionally well and one can easily imagine himself lying on a nightly Cuban beach while slowly sipping this aromatic cocktail. (In the original recipe Cuban basil is used, but Thai basil is suggested as a substitute. I really have no idea if this replacement is entirely adequate, for I have never tried Cuban basil. But in an emergency situation you surely can use regular basil, too. Although I really do not know if this might angry the Santería deities more than Thai basil. So proceed with spiritual caution! ;-))

Recipe (as I found it on Mixology.eu):

Put all ingredients into pre-chilled glass and lightly press the basil with a pestle. Then fill with ice cubes.

Buying Sources: White Cuban rum should be available in every major supermarket, just like the other ingredients except the Thai Basil. If you want to choose a special white Cuban rum, you should visit a liquor retailer or take into consideration to order it via the internet. Thai basil is actually obtainable in every Asian supermarket.