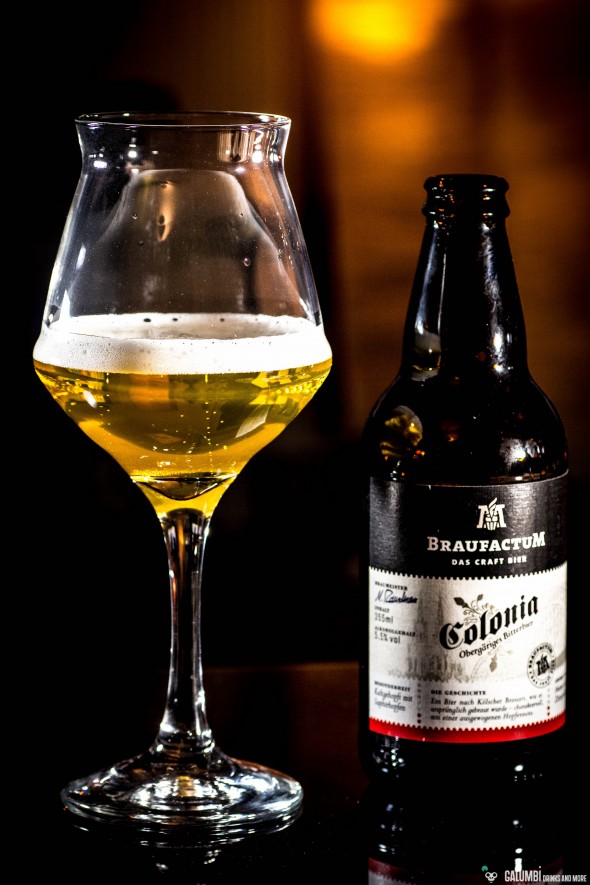 Recently a new beer-tasting glass has arrived, so I can put the Stösschen-glasss back in the cabinet. Since the beer I’d like to present here is a Kölsch (a traditional beer-style from the city of cologne), this seems to be a good decision: after all a lot of people from Dortmund would jokingly deny that Kölsch finally is a beer at all.

But of course my decision has other reasons. I simply want to be able to tease out more details on aroma and taste. Today’s product is the top-fermented beer “Colonia” from the Braufactum series. According to the label it’s a beer made in the “Kölsch” brewing method, as it was originally brewed in cologne. Master brewer Marc Rauschmann especially emphasized the hop side of the beer (it was added both in the mashhouse and in the storage tanks according to the manufacturer) which promises additional flavors and depth. The hop used is the Hallertauer sapphire-hop. I naturally expected a rather light and drinkable brew-up as usual when having a Kölsch. 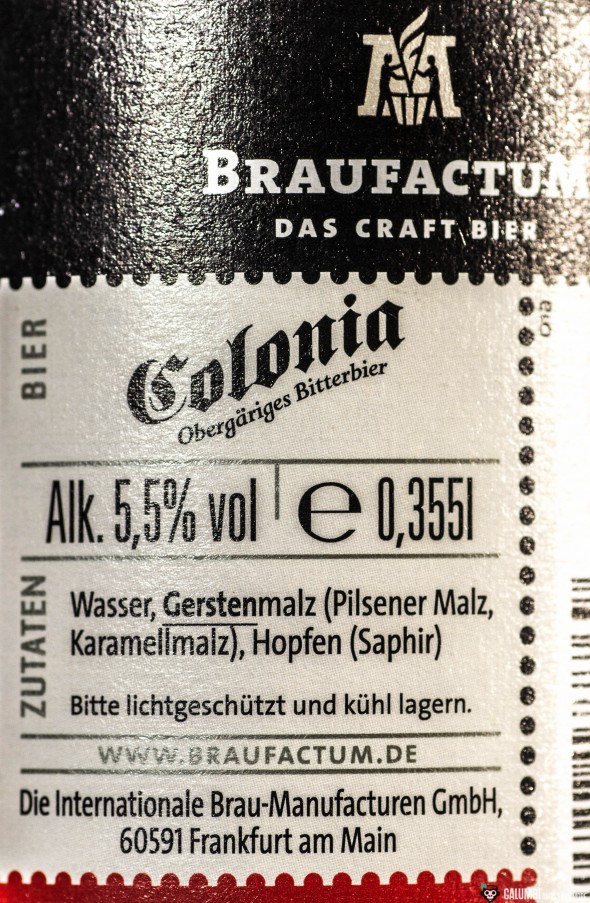 On the nose the “Colonia” offers a very mild and light bouquet with bright fruit notes including subtle pineapple and some citrus freshness. The taste turns out to be a little bit bitterer compared to a conventional Kölsch, but I really like that. I can also find the bright fruit notes on the palate as they’re described above.