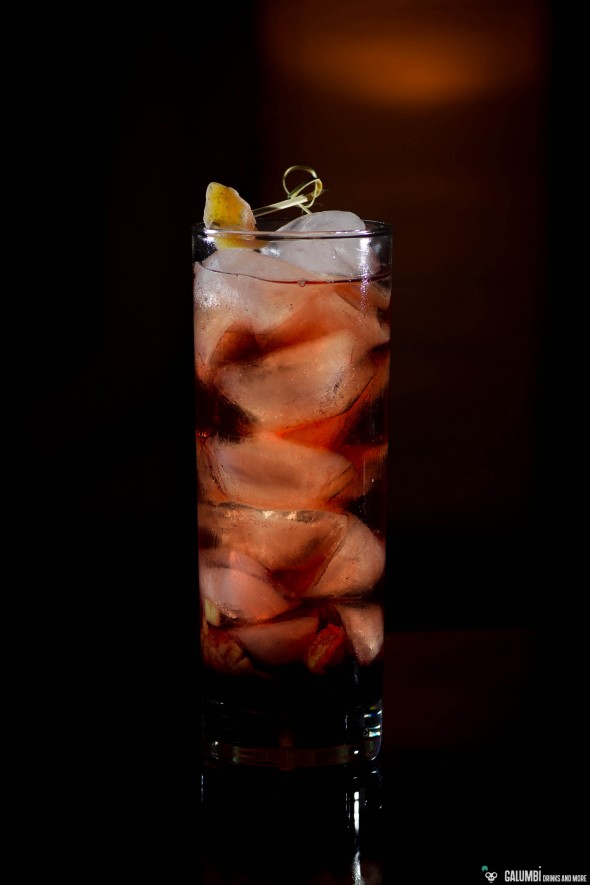 Recently an acquaintance of mine brought a bottle of „Riga Black Balsam Blackcurrant“ from a trip to Latvia.

In the first place I did not know what to do with this stuff. It had a very interesting spectrum of herbal notes which were accompanied by aromas of black currant. Normally I’m no big friend of currants in general. I’d say the same about all the variations of cassis liqueurs but when it came to this Riga Black Balsam Blackcurrant stuff I managed to figure out a drink I really like: I did some online research about ideas for mixing it in a cocktail and finally I found something I could enhance a little bit.

The Dark & Windy (obviously a homage to the famous Dark & Stormy)

Cut two or three slices of the ginger and put them in the glass you want to build up the drink in. Then muddle them quite heavily (ginger can be a bit tough to muddle). Afterwards add the Riga Black Balsam Blackcurrant und float with ginger ale.

Garnish: a piece of candied ginger