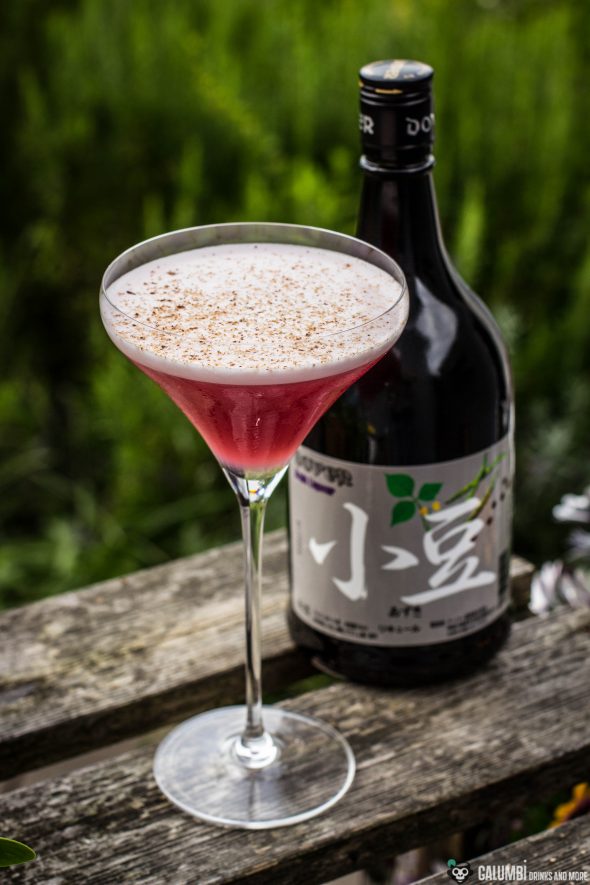 If you have ever travelled to the Far East, you will probably not have been able to avoid contact with the sweet, red bean paste found in countless desserts and pastries. The name azuki bean paste is somewhat less common, even though it is actually the correct name for the sweet called dousha in China and An, Anko or Ogura in Japan. Because the basis of the paste is the so-called azuki bean (sometimes adzuki bean). And it is precisely this bean that is the decisive ingredient for the liqueur that is the focus of attention today. (provided test product)*

Originally from Hokkaido, the second largest Island of Japan, the Azuki bean is used for the Dover Azuki Liqueur, as the bottle is called today, not only specifically for the bar, but also with a thought about the patisserie and dessert gastronomy. An indeed it is not difficult to imagine the wide range of possible applications that such a product can be used for. In fact, even during the tasting, I could not help but think that I could imagine this also very well over a quality vanilla ice cream. And of course, the azuki bean is also primarily at home in the patisserie and confectionery segment. Nevertheless: the manufacturer Dover Ltd., which imports spirits itself, but also produces them, aims at the bar world, which is also becoming more and more popular in Japan, with that azuki liqueur. Not least the bottle design, optimised for use under time pressure, with the handle embedded in the (by the way, also stylistically successful) glass, bears witness to this intention. 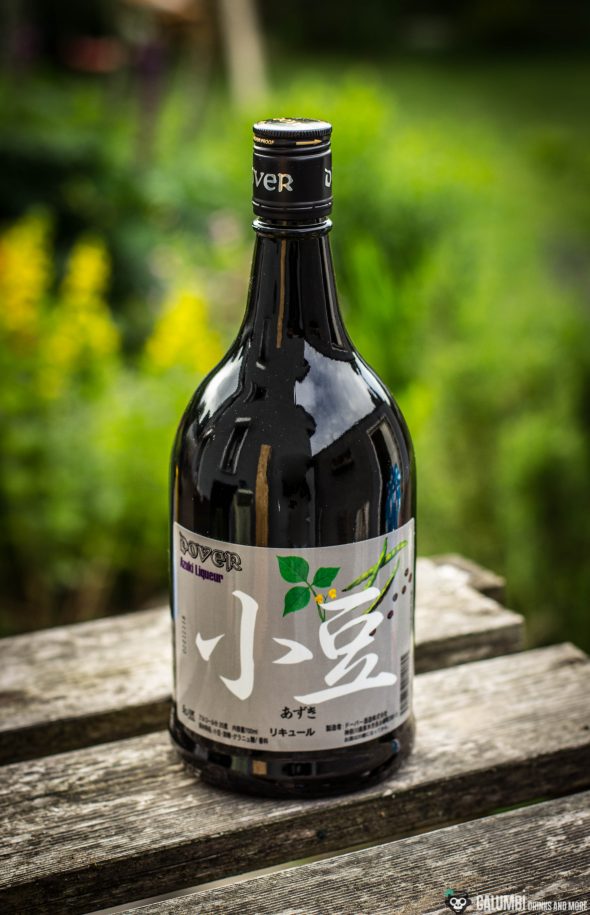 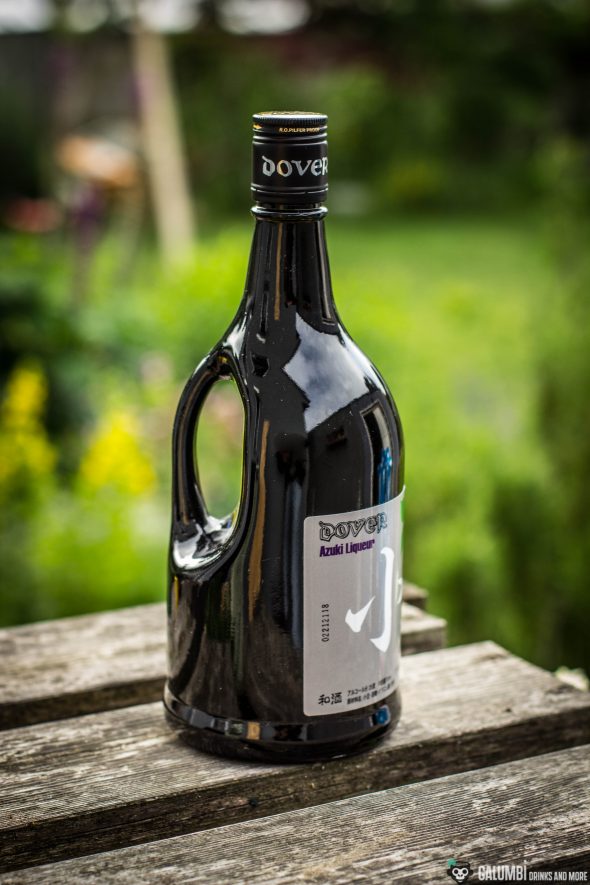 With an abv of 25% vol., the possible applications are of course really diverse. But first of all I wanted to get a picture for myself.

Aroma: If you know the sweet, red azuki bean paste, you will immediately find it in the aroma of this liqueur. On the nose, the first thing you notice is an intense, sugary sweetness (notes of lightly caramelised cotton candy), along with subtle roasted notes of coffee with milk, but above all a nutty, slightly fruity note, which again reminds you of coffee and, very distantly, cherries.

Taste: The aromatic picture is also found in a very similar form on the palate. Here it is nutty caramel tones that form the prelude and are accompanied by minimal coffee and cherry pit notes. Again I have to think of cotton candy, a nuance of bitterness shows up with time, but doesn’t really have a chance to present itself as complex against the sweetness. But if you are looking for a monster of complexity in a liqueur of this kind, as you know it from some barrel aged spirits, you are probably on the wrong track.

In terms of cocktails, it was the cherry associations on the one hand that gave me the idea of combining the very sweet Dover Azuki Liqueur with sour cherry jam and Mezcal. Mezcal simply harmonises fantastically with cherries, in my opinion, and the azuki liqueur has what it takes to give a drink on this basis a completely new, balanced touch. Even if you shouldn’t judge a drink by its colour, you can certainly name it after it. According to Japanese colour theory, the drink is also simply called “Aka-Murasaki“, which means as much as pink red. It is basically a Boston Sour with Mezcal, which contains the Amargo Chuncho Bitters as an additional specialty. These bitters not only harmonize well with Pisco, but also with cherries and the azuki bean. Kanpai! 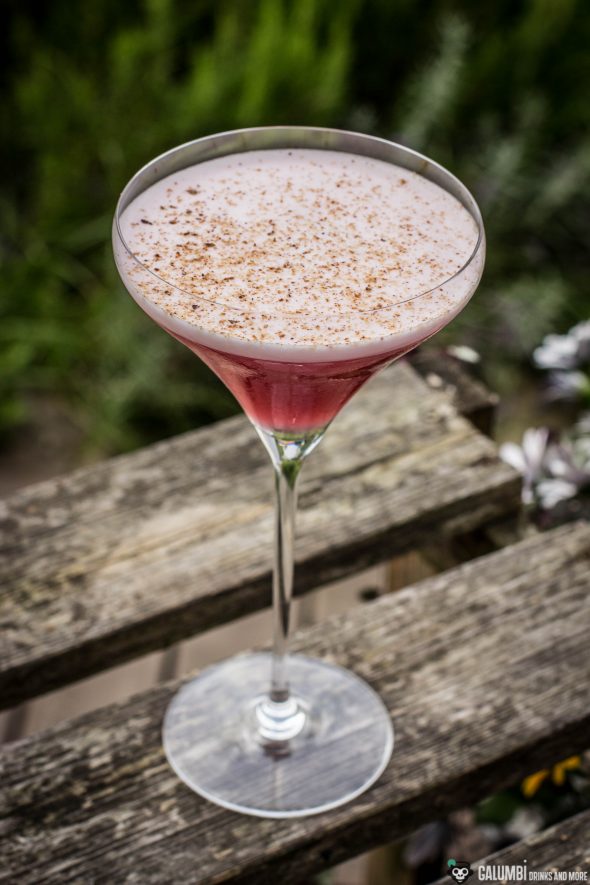 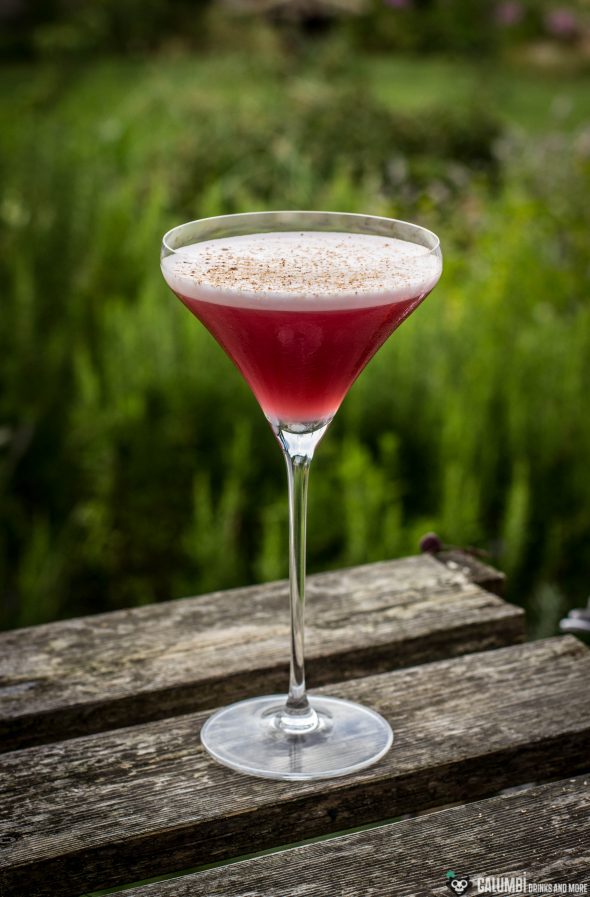 Preparation: First, put all ingredients in the shaker and do a dry shake without ice (alternatively foam up in the shaker with a milk frother). Then shake vigorously with ice again and double-strain (aka fine-strain) into a pre-cooled glass. 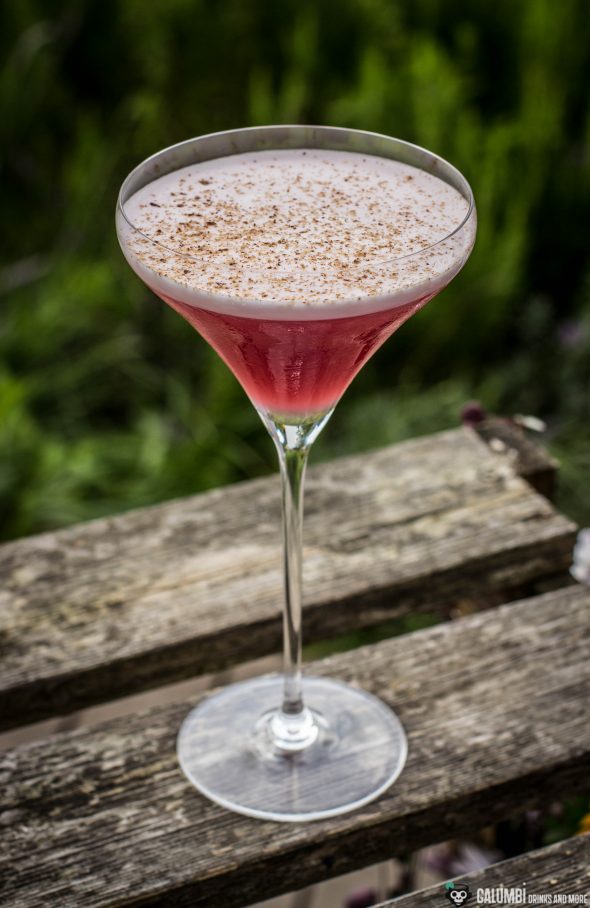 Buying sources: The Dover Azuki Liqueur can be purchased online at Ginza Berlin.