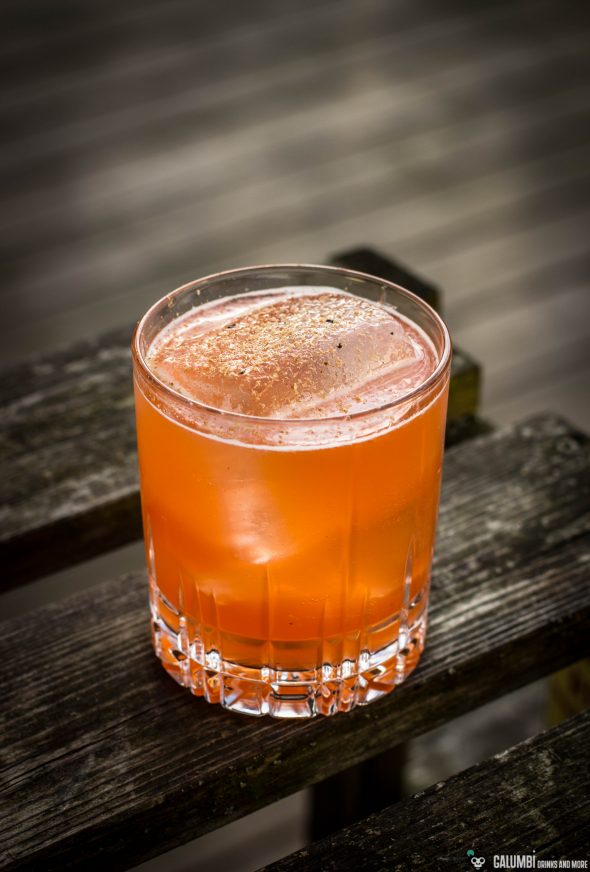 I have already written one or two articles about Japanese whiskies. For example about the Togouchi Japanese Blended Whisky, about the 10-year-old Yamazaki, which unfortunately is no longer available, the very beautiful Hibiki Japanese Harmony, but also about the Nikka Coffey Malt Whisky. With the KI NO BI Kyoto Dry Gin I recently added a Japanese Gin and I have also written several articels about Sake, Shochu and Umeshu. And now I’m having a Japanese rum or rhum in front of me. (provided test product)*

The spelling with the H in the word Rhum is no coincidence and is not only due to the French description on the bottle and the packaging (even if the European distribution is done by the French bottler Whisky du Monde). Rather, it is already programmatic for what’s inside the bottle: a kind of Japanese Rhum Agricole made from fresh sugar cane juice. 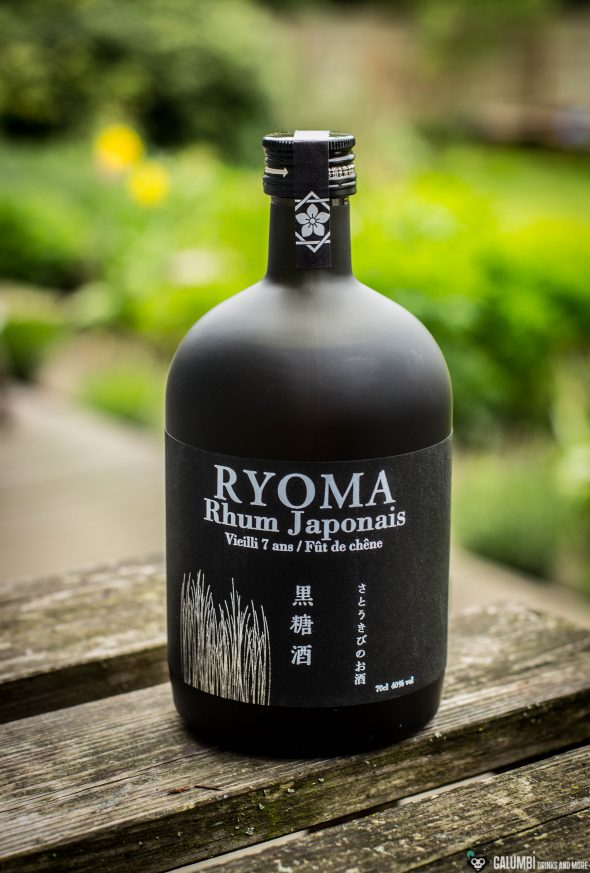 So what happened that Japanese people come up with the idea of producing a kind of Rhum Agricole? The answer to this question once more lies in the sugar production. Sugarcane is also traditionally cultivated in Japan (and distilling booze from it is not unknown to the Japanese – Shochu is also sometimes distilled on a sugarcane basis, as I’ve also explained in my article about the Tokiwa Kome Shōchū and the Tokiwa Mugi Shōchū). The Kikusui Sake Brewin Company on the island of Shikoku (the smallest of the four main islands) produces sugar cane as well as sake and has also launched the Ryoma Rhum Japonais in this context (that’s the full name of the Rhum that is in focus today).

The age of the rhum is indicated at seven years, but unfortunately, there is no exact information about the type of barrel maturation (except that it is an oak barrel maturation). The bottling was named after Sakamoto Ryōma (1836-1867), a samurai who played a leading role during the Meiji restoration and opposed the Shōgun on the side of the modernizers. For Japan lovers surely a very successful name patron for such a bottle, which also modernizes the Japanese spirit landscape to a certain extent and emerges from the shade of the tradition. The liquid samurai made from sugar cane is bottled at an ABV of 40%. 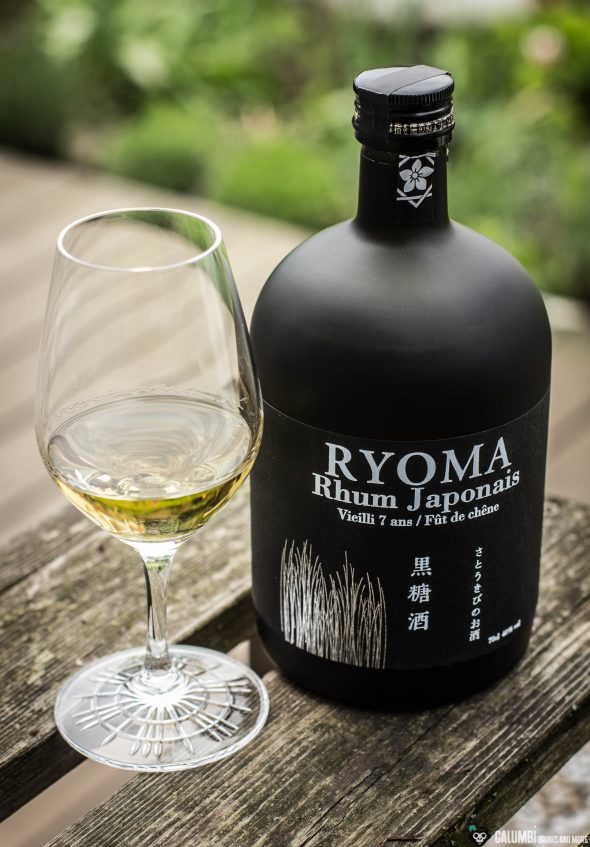 Aroma: Very interesting! At first, you don’t think you have a rum in your glass, because there are notes of honey wine, nutmeg and scented woods. But then there it is: the greenish and fresh note that also characterizes many Rhum Agricoles. Associations of olives, artichokes and peaches are present (perhaps still a little fermented pear), but behind them there are also more powerful notes such as tobacco, oak and cinnamon.

Taste: Also on the palate, this is a very versatile and ambivalent distillate. Honey sweetness and oak wood with spices (above all cinnamon) can be found immediately, then there is once again some peach, mirabelle and something greenish and vegetal. The Ryoma Rhum remains more on the brut side and convinces with a very complex play of aromas, which you rarely find that way. I am really impressed by this Rhum!

Finish: dry, with spices and honey

Japanese are crazy about strawberries, which can sometimes lead to absurd prices (from a western point of view) for a single strawberry in Japanese supermarkets. This somewhat bizarre preference, in combination with the season, inspired me to create today’s drink. Haru (春) is the Japanese spring and therefore also the time for strawberries. Since my drink is a variation of the Mai Tai (the Trader Vic variant), I simply named it Haru Mai Tai (春マイタイ). For this drink, I deliberately avoided lime juice and replaced it with Supasawa because I wanted an acid that was a little clearer and less counterbalanced to strawberry and Ryoma Rhum. The Ryoma Rhum plays an important role in the taste, but it is accompanied by a rather light molasses rum infused with strawberries (I used a Conde de Cuba 5 Años here) and some Falernum (here I chose the Old Judge Special Reserve Falernum). I know, this requires some preparation, but the result is quite enchanting and a very nice spring cocktail (and definitely also a great summer drink). 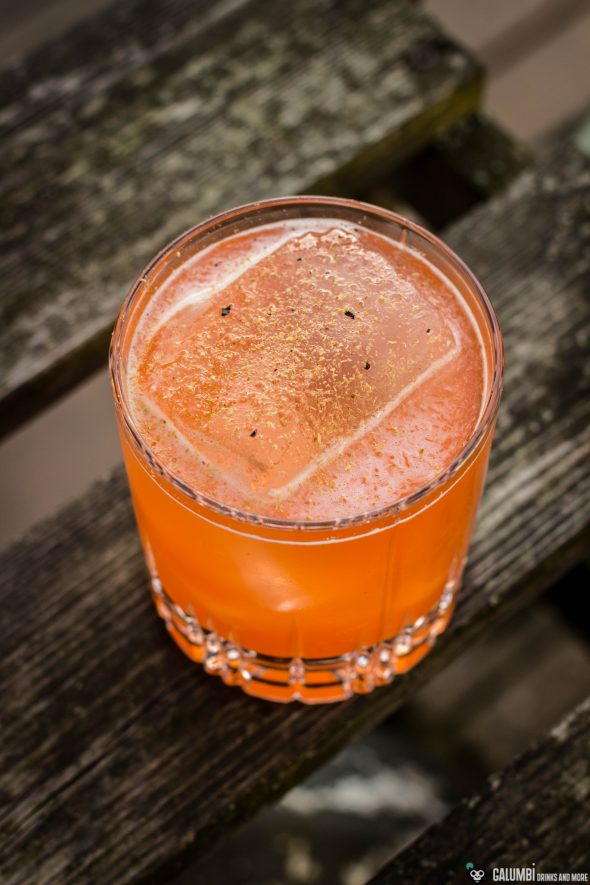 Cuban rum infused with fresh strawberries: for each 250 ml of matured Cuban rum add a hand full of quartered strawberries and let infuse for 48 hours. Afterwards filter through a filter cloth (or use a special bottle, for example the Alkemista Infusion Vessel, like I do)

Preparation: Shake all ingredients vigorously on ice and strain into a glass filled with a solid block of ice.