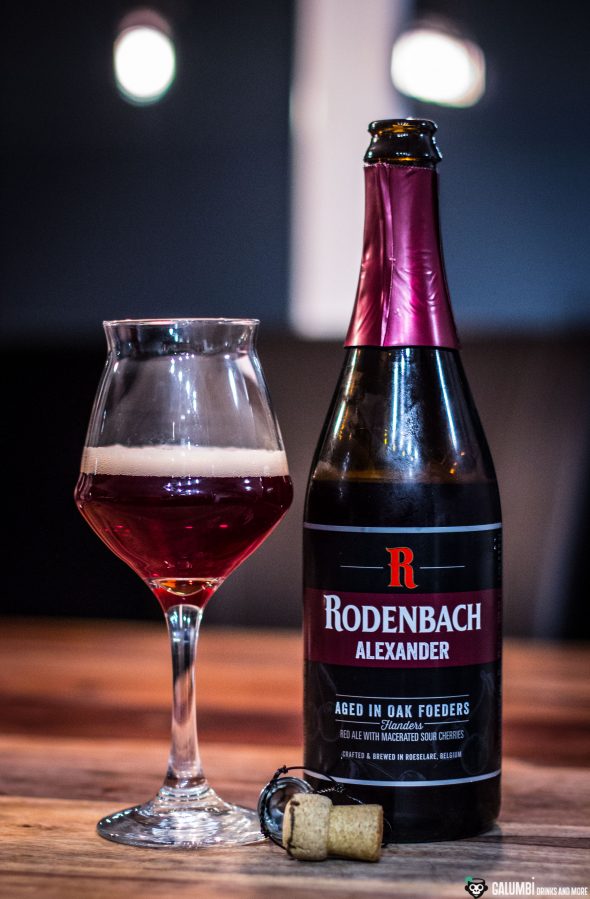 Unfortunately it tends to happens again and again during the Advent time of the year: there is an increased danger to fall sick and be bed-stricken. And that’s exactly what happened to me these days, which of course is annoying in many ways (and of course I’m not drinking alcohol). However, one of the few bright spots is that since I cannot do lots of things, I finally have some time to continue writing on some long-planned articles.

And such an article should finally be about a beer again: The Rodenbach Alexander, to be exact. The name Rodenbach should probably be a well-known name for most beer drinkers, primarily in connection with the famous Rodenbach Grand Cru. Founded in 1821 by the four Rodenbach brothers and now taken over by the Palm Brewery, the Rodenbach Brewery from Roeselare in West Flanders is considered a Belgian specialist in the field of red sour beers. 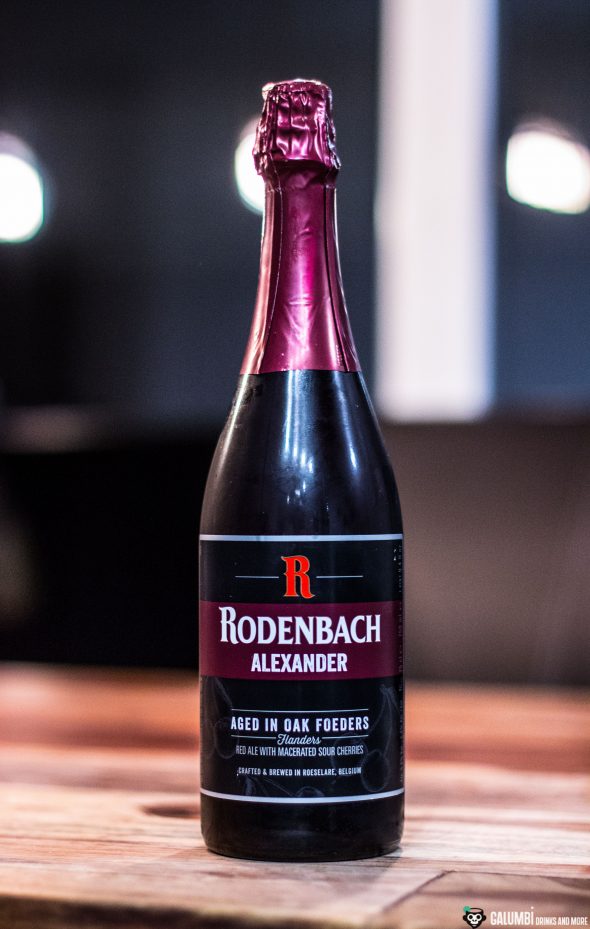 Today’s Rodenbach Alexander was named in honor of one of the four founding brothers and was brewed for the first time in 1986 on the occasion of his 200th birthday. However, this special edition disappeared from the market in the year 2000 but has returned in 2016. For the Rodenbach Alexander, various red beers with a maturation age of up to two years are blended, in addition to that some sour cherries were allowed to macerate in the beer. The use of cherries is not uncommon in Belgium and who has tried a real, unsweetened Kriek beer in his life will certainly know that this has basically nothing to do with the sweet cherry beers that are so common on Christmas and
“medieval markets”. However, we’re not dealing with a Kriek in the glass here, but rather with a barrel-aged red beer macerated with cherries. At this point I should also mention the staggering 100 points on Ratebeer.com, which of course let you sit up. 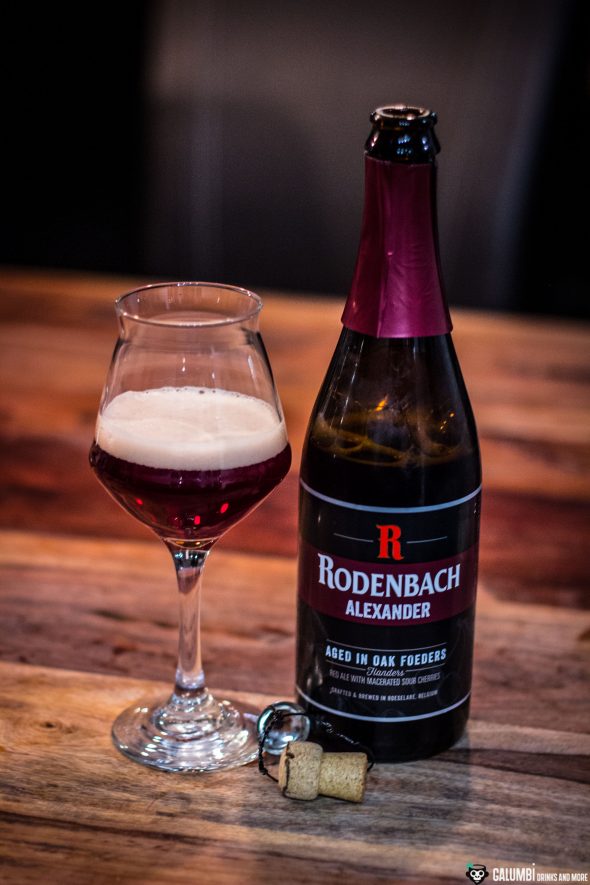 In fact, the Rodenbach Alexander undeniably reminds of the famous Rodenbach Grand Cru, but it turns out even more intense and aromatic: the nose shows very beautiful, sourish and fruity notes of cherries, raspberries and a hint of black currant. There is also some grape must vinegar and a fine spiciness. On the palate again aromatic and intense sour cherries, red berries, a little apple, apricots and oak tones. This beer is by no means sweet in its overall appearance, yet fine, sweetish fruit notes come through, which integrate beautifully into the sour-spicy overall-taste. A great experience of flavor that stands for itself. A clear recommendation! 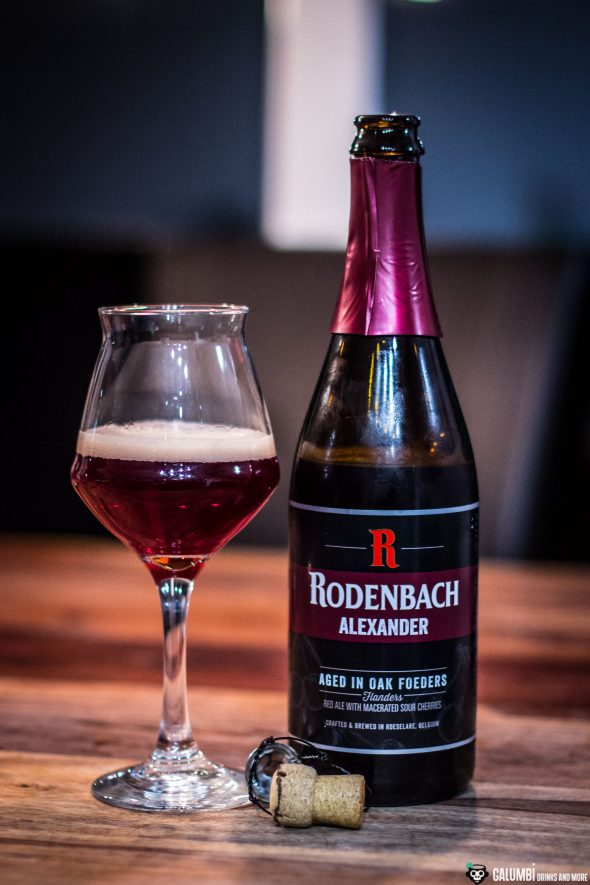